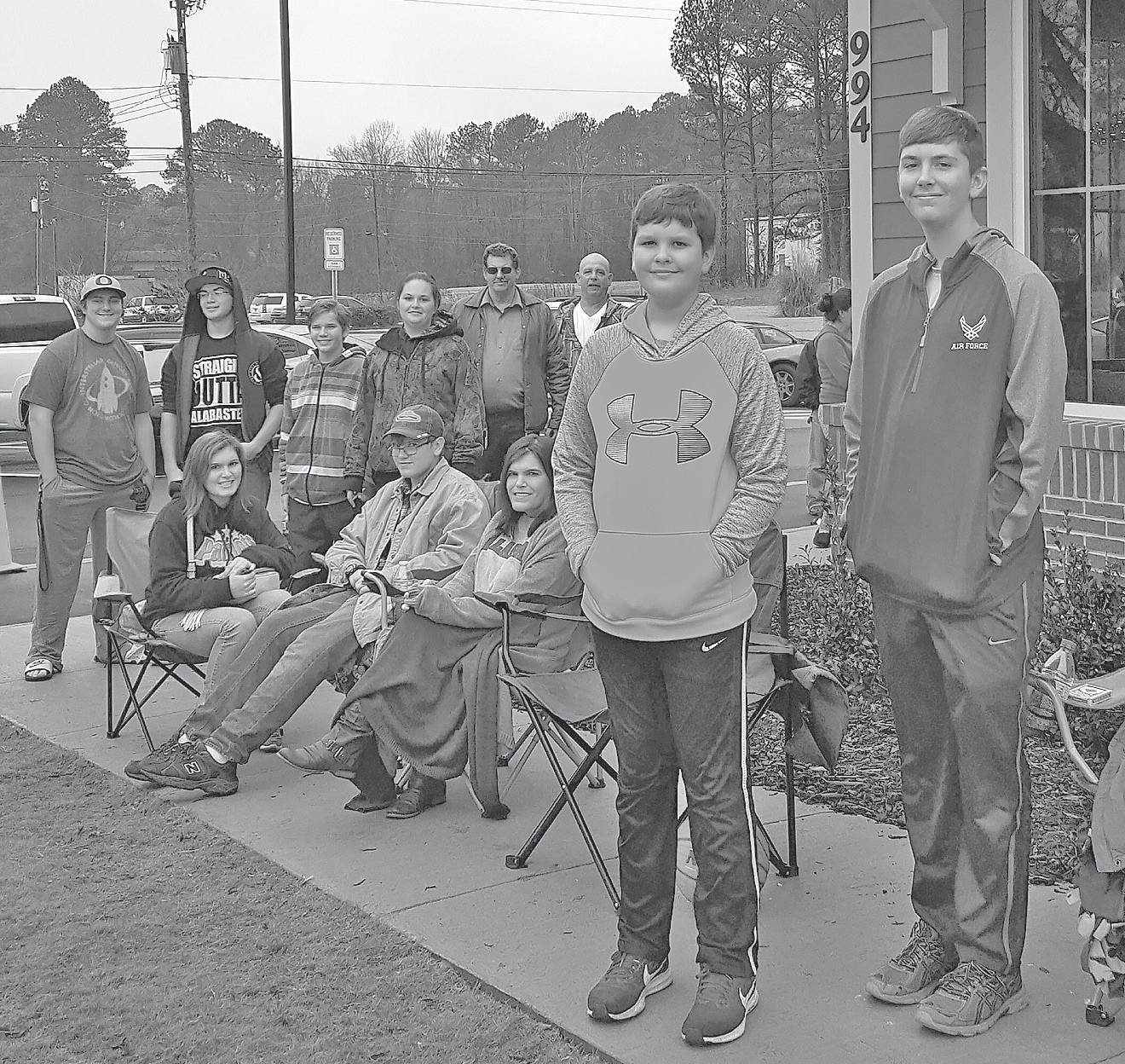 Despite the dreary and cool weather, a crowd of approximately 100 was wrapped around the new Zaxby’s building by 9 a.m. Monday, as they anxiously waited for tickets to be distributed for the grand opening “Deck of Dealz” promotion. The promotion entitles each recipient to a pre-selected free deal, once a week, for one year.

Oneonta High and Middle School students Luke and Isaac McMinn were first and second in line, respectively, for the “Deck of Dealz.” Both said they were in line to get the free chicken and other deals.

The brothers laughed and said they had gotten up at 4:45 a.m.; however, their mother would not bring them to get in line that early.

One gentleman in line admitted he had called in sick to work in order to get one of the promotion tickets.

After a ribbon cutting ceremony at 10 a.m., the tradition began in Oneonta with the opening of the 877th Zaxby’s in the country.

Oneonta High School cheerleaders were on hand to show support for the grand opening.

Owner Russell Pate said, “This Zaxby’s restaurant is unlike any other in the nation. The Farm House 2.0 prototype has a retro farmhouse design with a variety of seating options.”

With the hiring of 55 employees, Pate said, “We are excited to be here. It has been a long time coming. The city has been wonderful during this process.”