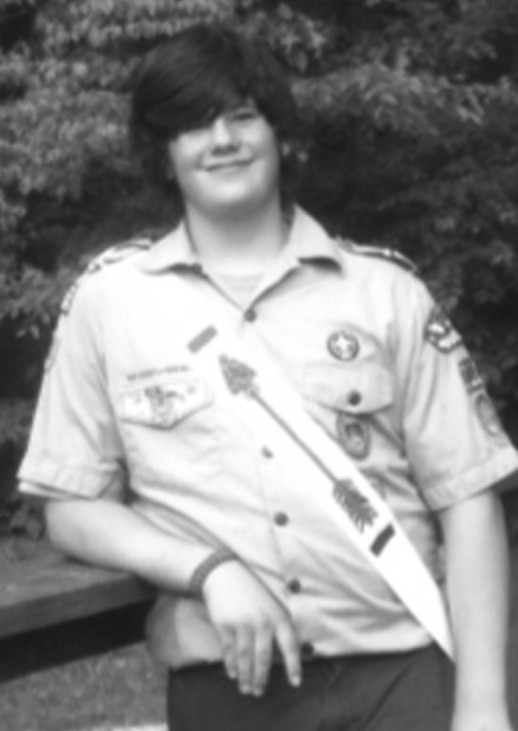 Dalton Crigger, 10th-grader at Hayden High School and member of Troop 212, has been involved in Boy Scouts since the age of six, and on Saturday, Sept. 8, Crigger celebrated officially becoming an Eagle Scout, the highest award in scouting.

Crigger delivered a speech at the ceremony explaining what scouting meant to him and was happy that he garnered a few laughs and smiles during the process.

For his Eagle Scout project, Crigger pioneered the construction of six benches and a fire ring for Nancy Friday, of Hayden, who allows boy scouts to host campouts on her property.

“I came up with the plan to do this because there was not a fire ring and seating area there,” Crigger said. “So many people camp there, it will be put to good use, and maybe she will be able to enjoy the new seating arrangement as well.”

Preparation for the project took three weeks, and all supplies used to construct the benches and fire ring were donated. Harris Steele provided the steel posts and Walker Brothers LTD donated wood, mortar, and water sealants.

“It kept us from having to go out and spend so much money which would have made this project quiet difficult,” Crigger said. “It was nice and surprising how many people were willing to help.”

Danny Crigger, scout leader of Troop 212 and Dalton’s father, says he is proud of his son’s accomplishments.

“I kind of let him take the plan and run with it,” he said. “It was one of his goals to turn Eagle before he reached 15, which he did.”

After his Eagle Scout celebration, Crigger described in a few words what this milestone meant to him, “Truthfully, it means trying to help anyone you can in anyway you can.”