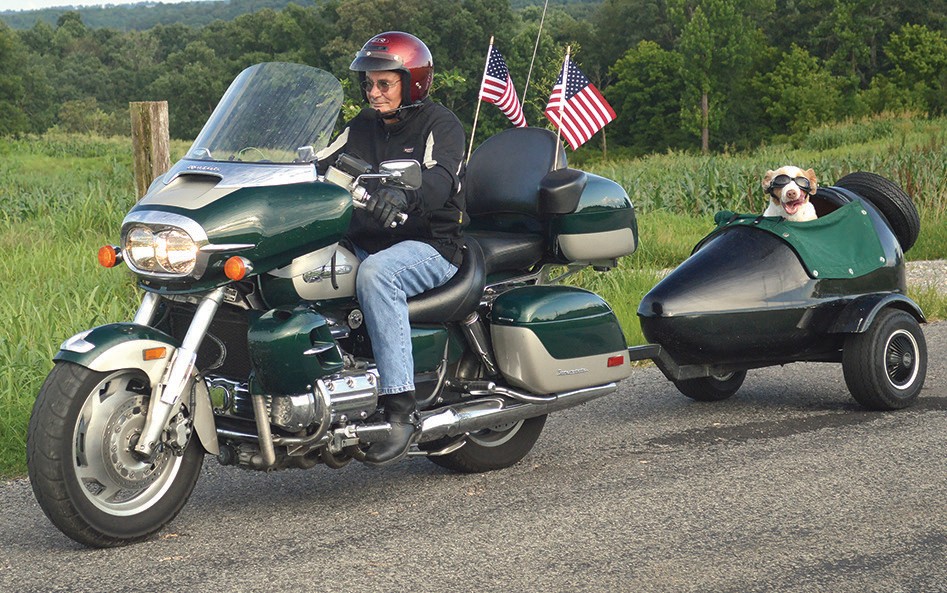 What more could you ask for – the wind in your hair, ears flapping, tongue hanging out, and cool goggles to boot? According to Don Martin, Royal, not a whole lot more, and if you are Mick the dog, then you’re in doggie heaven. Martin, a corporate pilot, and Mick take to the roads just about every chance they get. Since Martin’s work schedule is rather erratic, he likes to include Mick in activities when he’s not working, rather than leaving the dog at home.

The duo’s other pursuits? Martin has a plane and regularly flies from Birmingham to Pensacola, where he has a sailboat and fishing boat. “Mick is an all-around Renaissance dog,” Martin says. “He enjoys motorcycle rides, flying in the airplane, four wheelers, jet skis, and when we get to the boat, he is a pretty good first mate.” 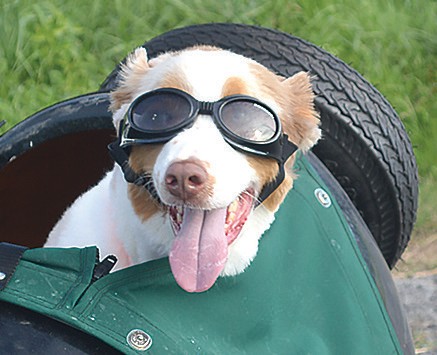