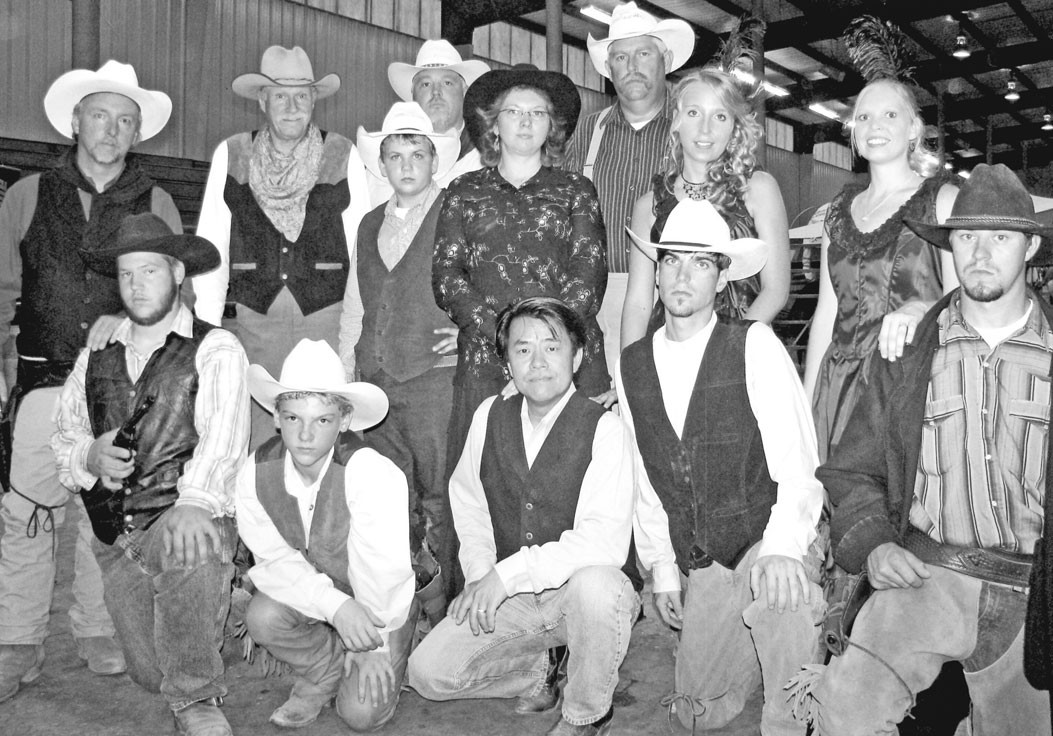 Many Christians generally dress up on Sunday and go to a church to worship. They congregate in a nice, well appointed sanctuary to sing hymns and hear sermons and lessons delivered by trained clergy.


Cowboys and ranchers, on the other hand, don’t usually cotton to neckties and a lot of ceremony and circumstance. They are more gutsy and down to earth than most run-ofthe mill people. Nonetheless, they can be as spiritual and close to their creator as anyone else.

A religious movement has sprung up in the southwest and southeast from that concept called Cowboy Church. The Texas Fellowship of Cowboy Churches (TFCC), developed by Ron Nolen of Waxahachie, started the first Cowboy Church there and it is currently the largest in the TFCC network.

It is based on a concept of “no barriers,” which removes certain worship traditions that have no biblical basis, such as the “altar call” and passing the collection plate. Offerings are placed in a boot, hat, or bucket at the rear of wherever the meeting takes place.

Other than within common Christian decency, there are no dress codes or class distinctions. Shirts and jeans are the most common “uniform of the day” for both men and women, and one may see more saddled horses and pick-up trucks in the parking lot than BMWs and Cadillacs.

Byron Houck, a Baptist minister from Texas, has planted four Cowboy Churches, one of which is in an arena on highway 144 in Alexandria. Houck said that in the past 10 years Cowboy Church pastors have baptized more than 20,000 believers, most of them in creeks, ponds, and even horse- and cattle-watering troughs.

“Our feeling is that the western culture, such as range and rodeo cowboys, horsemen, and even ‘John Wayne wannabes,’ have a desire to congregate with their own culture, those who understand them and their unique ways and worship their Savior. They are in the profession they are in because of their unique nature and feel uncomfortable otherwise,” Houck said.

Houck’s church in Alexandria is supported in a unique way. Aside from the donations received at weekly worship services, which he calls “church-in-the-dirt,” they have formed a cast of 40 actors, called The Hat
Creek Cowboy Company,
that stages Wild West shows wherever they can find a suitable venue to spread their ministry.

Such a show is planned at the Blount County Agribusiness Center on Saturday, Oct. 2, at 7 p.m. It will begin with an extravagant grand entry on horseback with cowboys, pretty girls, and plenty of flags. That is followed by an authentic history of the American cowboy – not necessarily the one depicted in movies.

According to Houck, the show will last the better part of two hours with roping, bronco busting, and fast-draw demonstrations; gunfights, a Native American tribute, and of course, pretty dancing girls. Music will be provided by a Willie Nelson impersonator.

“The show is guaranteed to be as completely family friendly as any old-time Roy Rogers or Gene Autry movie we ever saw when we were kids,” Houck said.