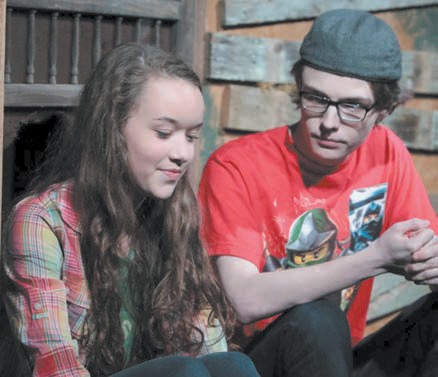 Enough with the fake romantic plots Hollywood produces every other day, in First Kisses, the Covered Bridge Players prove a more down-to-earth love story is just as, if not more, impressive to watch.

“We want our audiences to go away thinking that sometimes it’s the imperfect moments in life that make us who we are; it’s how we handle those times and emerge from them that define us,” says First Kisses director Carron Clem.

The story follows two characters – John and Mary. We first meet the duo at the age of 11 and we are able to receive glimpses of their lives together throughout the coming decades. It’s not the perfect love story. No one writes 365 love letters to the other. Nor does anyone stand underneath the other’s window with a boombox. It’s better. First Kisses tackles real-world problems with dignity and grace.