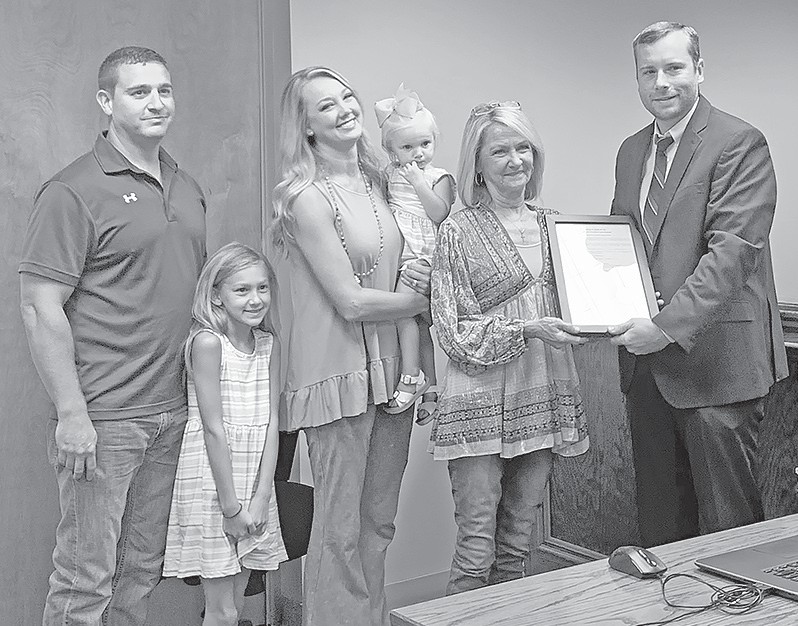 County engineer Dustin Stewart presents a resolution to Sandra White honoring the memory of her husband who passed away May 3. Gary White served Blount County for many years and was an integral part of the county’s engineering department. White’s daughter, Blake Dixon, and her husband, Justin, along with their children Lainey and Leighton, were also in attendance.

Monday’s Blount County Commission meeting began with an emotional tribute to Gary White as the Commission presented a resolution in his memory to honor his many years of service to Blount County through his work in the engineering department. The commission also passed a resolution recognizing John Bullard for earning certification as County Administrator and Certified Government Financial Manager. They voted to increase his salary commensurate to his credentials. The commission also recognized Karen Gossett, who earned her certification in County Engineering Administration through ACCA.

He explained that currently, financing for a large construction project like courthouse renovations is a prudent move considering interest rates are “historically better” and the acquisition of such debt can push positive renovations to serve Blount County for many years in the future. 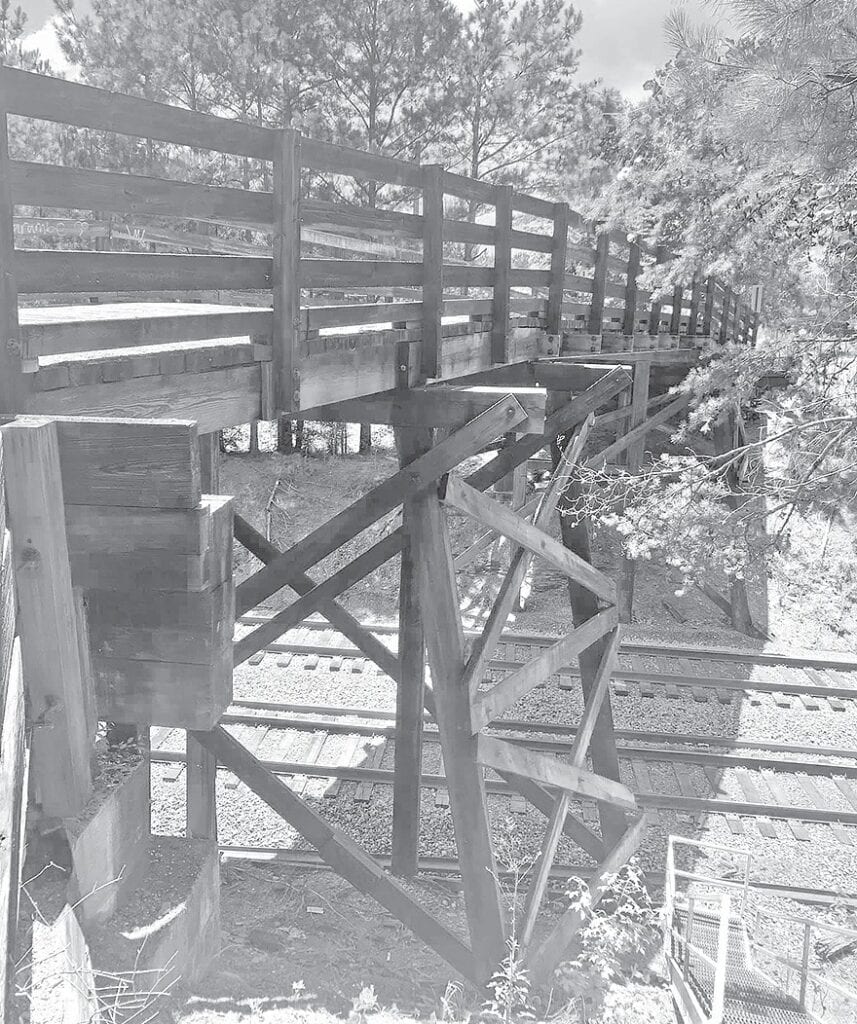 After careful deliberation, the commission approved signing a G-17 form, which Langham explained would, “engage” INTL FCStone Financial to begin reviewing financing options to help find the best interest rate. INTL FCStone Financial would work alongside an advisor, if the county chooses to hire one, and local banks to complete the project.

The commission also approved a measure authorizing Green to work with Lathan Associates Architects in rendering a full-scale mock up of a new $10-million courthouse administrative complex where the current Agri-business center is located.

• Postponed consideration of administrator recommendation for Disaster Event Payment until meeting with EMA.

• Approved budget amendment for District 1 for sale of compactor. Total of $22,792.64 to be used for money owed on backhoe.

• Approved budget amendment for District 2 for sale of scrap for $385.11

• Approved budget amendment for Building Maintenance recovery on insurance in the amount of $4,284.72.

• Approved transfer request for first draw from Rebuild Alabama CRAF in the amount of $8,920.09.

• Approved nomination of Commissioner Nick Washburn to serve on the ACCA Legislative Committee.

• Discussion of a proposed lease agreement with the Swann family for five acres of property near Swann Covered Bridge that would be used for parking.

Commissioners Allen Armstrong (D1), Mike Painter (D2), Dean Calvert (D3), Nick Washburn (D4), and Chairman Chris Green were present at the meeting. The next work session will be held Thursday, Aug. 6, at 9 a.m., followed by a budget work session. The next business meeting will be Monday, Aug. 10, at 9 a.m.