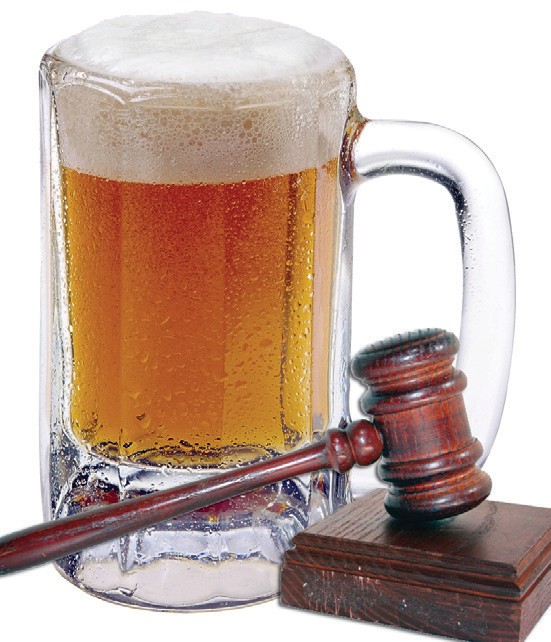 Judge Steven King of the 41st Judicial Circuit (Blount County) on Friday ruled unconstitutional a law excluding Blount County municipalities of 1000 or more from the right to vote on legalizing alcohol sales within their jurisdictions.

The ruling clears the way for qualifying municipalities in Blount County to schedule such referenda at their discretion, barring an appeal overturning it. Oneonta is expected to proceed to schedule a referendum, as a result of the ruling.

The ruling leaves intact the main elements of the original law passed in 1984 regulating alcohol sales in the state. It strikes down as unconstitutional only the language “…excluding Clay, Randolph, and Blount Counties…,” from the 2009 amendment to the law, which also reduced from 7000 to 1000 the municipal population required to qualify to hold a local referendum on alcohol sales. The law as amended applied to 64 counties in the state, but not to Blount, Clay, and Randolph. Under the Friday ruling, the law will apply equally to municipalities of 1000 or more in all 67 counties, if the final order is allowed to stand as written. Reaction from defendant

Speaking for the defendant, whose request for declaratory judgment was granted, Oneonta city manager Ed Lowe commented on the ruling.

“We’re quite satisfied with the ruling. It’s gratifying it was seen as a right-to-vote issue. Our intention now is the same as it was in the first place. We called for an election and budgeted funds for it, and we’ll take up right where we left off. I imagine the city council will move as expediently as possible to schedule a vote, given the requirements of the holiday schedule and one or two other matters we’ll need to check into. Of course, we don’t know yet about an appeal.”

Lowe added the mayor and city council will discuss the ruling and how to proceed and could possibly be ready to take the next steps toward scheduling a referendum by the regular council meeting on Nov. 12.

“We hope everyone will be respectful of the ruling. It was made right here in the community where it applies, by the Blount County Circuit Court, the highest court in the county, by the judge the community elected to represent it.

“If there’s an appeal, it will take the decision outside of Blount County, allowing the issue to be decided by someone else, outside the community where it applies.” Reaction from plaintiffs

The initial plaintiff in the case was Brandon Neal, a local resident and attorney. He released this statement:

“As the plaintiff in this case, I am extremely happy with Judge King’s decision, and I hope our community can now move forward. While I hated to file suit against my hometown, it was clear that is what it would take to bring this issue before a court. As an attorney, I am disturbed that it takes a lawsuit to undo a patently unconstitutional statute. My position was, is, and will continue to be: the citizens of the cities in Blount County deserve the same constitutional rights as all other citizens in the state of Alabama. Anyone who says otherwise is wrong.”

Plaintiff-intervenors in the case were Glenn Bynum and Larry Gipson, both Baptist ministers and both backed by Keep Blount County Beautiful, an organization that opposes alcohol sales in the county. Gipson told The Blount Countian Monday that he couldn’t comment on the possibility of appealing the ruling until he had a chance to discuss it in detail with his attorney, Eric Johnston of Birmingham, and with the Keep Blount County Special committee at a meeting to be held for that purpose this coming Sunday.

“I will meet with the Keep Blount County Special committee and we will consider our options concerning what direction to go from here, in light of all factors including the legal costs of a possible appeal. Meantime our thoughts and prayers will continue to be with our leaders and the position they’re in,” he said. Summary of steps in the case

A petition from citizens of Oneonta to hold an alcohol referendum was certified by the Oneonta City Council in February. The city appropriated money to hold the election and shortly thereafter Oneonta attorney Brandon Neal filed suit to prevent the election from being held, arguing it would be an expense of taxpayers’ money in clear violation of existing state law.

In March, the City of Oneonta filed a counterclaim arguing that a portion of the state law as amended was an unconstitutional denial of equal protection under the law. The counterclaim requested a declaratory judgement striking the offending language from the law, thereby affording municipalities in Blount, Clay and Randolph counties the same rights afforded municipalities in all the remaining counties.

A preliminary discussion of issues among parties was held in Blount County Circuit Court on May 15, and case was set for trial on July 26. It was subsequently rescheduled for Sept. 6. On Aug. 21, a motion to intervene filed by ministers Bynum and Gipson was granted by Judge King, and the case was heard in court on Sept. 6. King’s final order was issued Nov. 1.