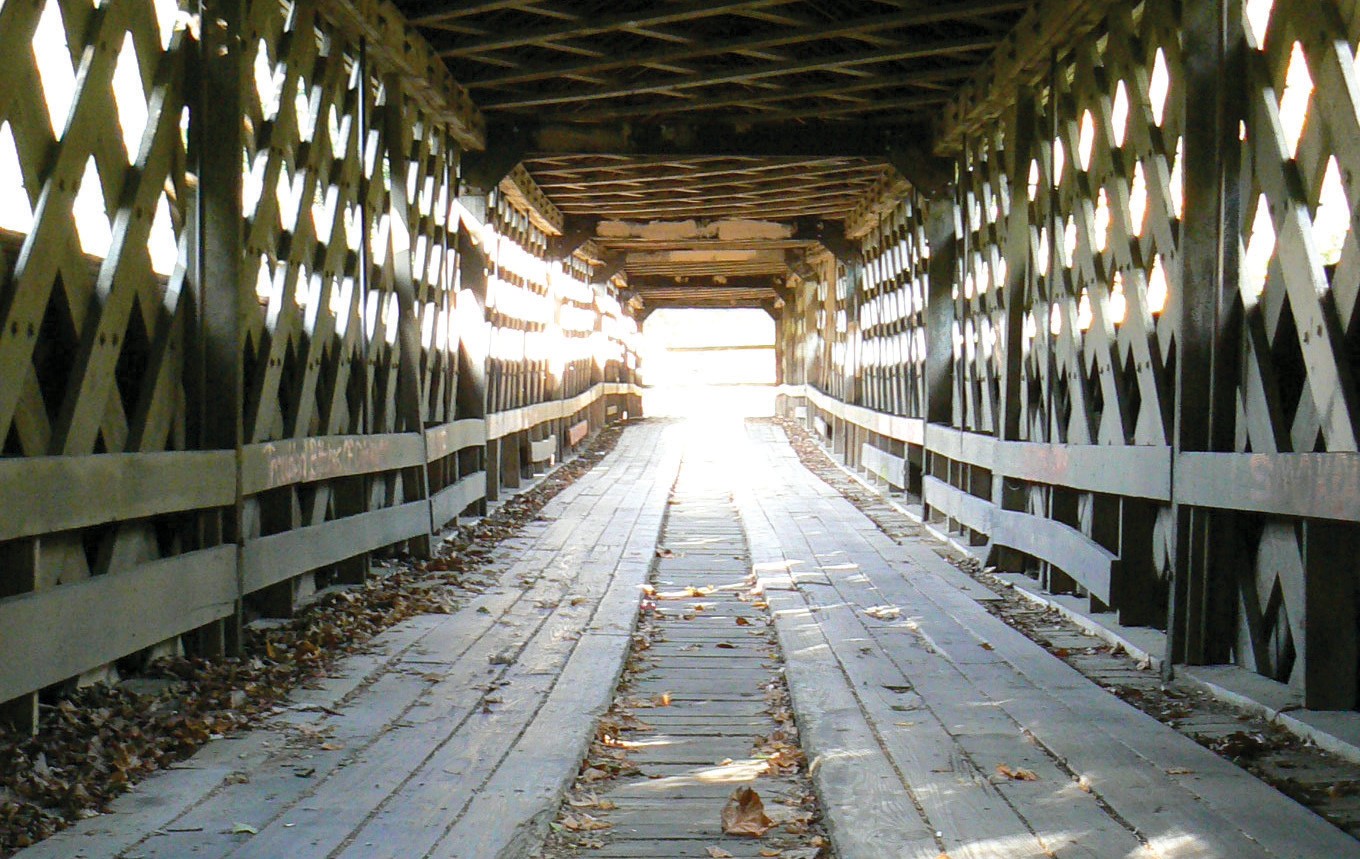 Light at the end of the tunnel? Horton Mill Covered Bridge, shown here, has been closed for repair – along with the county’s other two historic bridges – Swann and Easley – since the summer of 2009. They were closed because of their failure to meet load tests conducted by the county.

After two years of recurring lengthy approval delays, the plans and specifications for renovation of Blount County’s three covered bridges have been approved in their final version by the Alabama Department of Transportation (ALDOT).

The approval clears the way for bid-letting by the county. Appeals to Gov. Bentley and ALDOT director John Cooper apparently served to move the project forward toward final approval.

The bid advertisement appearing in the legal notices of the paper today specifies that bids are to be submitted to the county commission by 10 a.m. Sept. 22 and at that time publicly opened in the commission board room. A contractor will be selected for the job and the bid forwarded to ALDOT for final approval of the bid selection made by the county commission.

Time required for bid selection approval by ALDOT is not known, but is expected during October. Once the bid winner is confirmed, the renovation work on all three bridges is to be finished within 240 working days. That’s October of 2012. Cost of the project is expected to be in the range of $350,000 to $430,000.

According to county engineer Richard Spraggins, Swann Bridge will be the first to reopen, followed by Horton Mill, then Easley. Given no major weather problems, all three bridges should be open to traffic by the time of the 2012 Covered Bridge Festival in late October, Spraggins said in an interview in July.