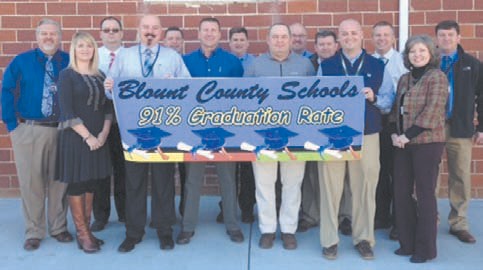 Graduation rates for high schools in the Blount County School System have risen from 80 percent to 91 percent for the system in the last five years. The majority of the seven high schools are now above 90 percent, the state’s goal for 2020. 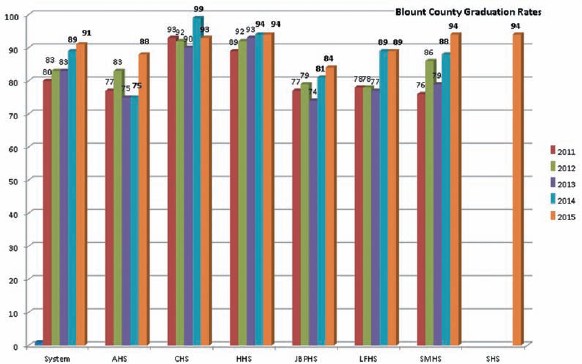 Blount County graduation rates by year and by high school.

He said a battery of different programs are being employed to achieve the result. They include various intervention programs, the Blount County Career Academy at the Career Tech Center, virtual courseware enabling homebound students to do coursework from home, night and summer school to make up coursework as needed, and a student advocacy program to assure that each and every student will have at least one adult on premises who knows them well and can act as an advocate for that student in situations as needed.