is complete, and it’s open! 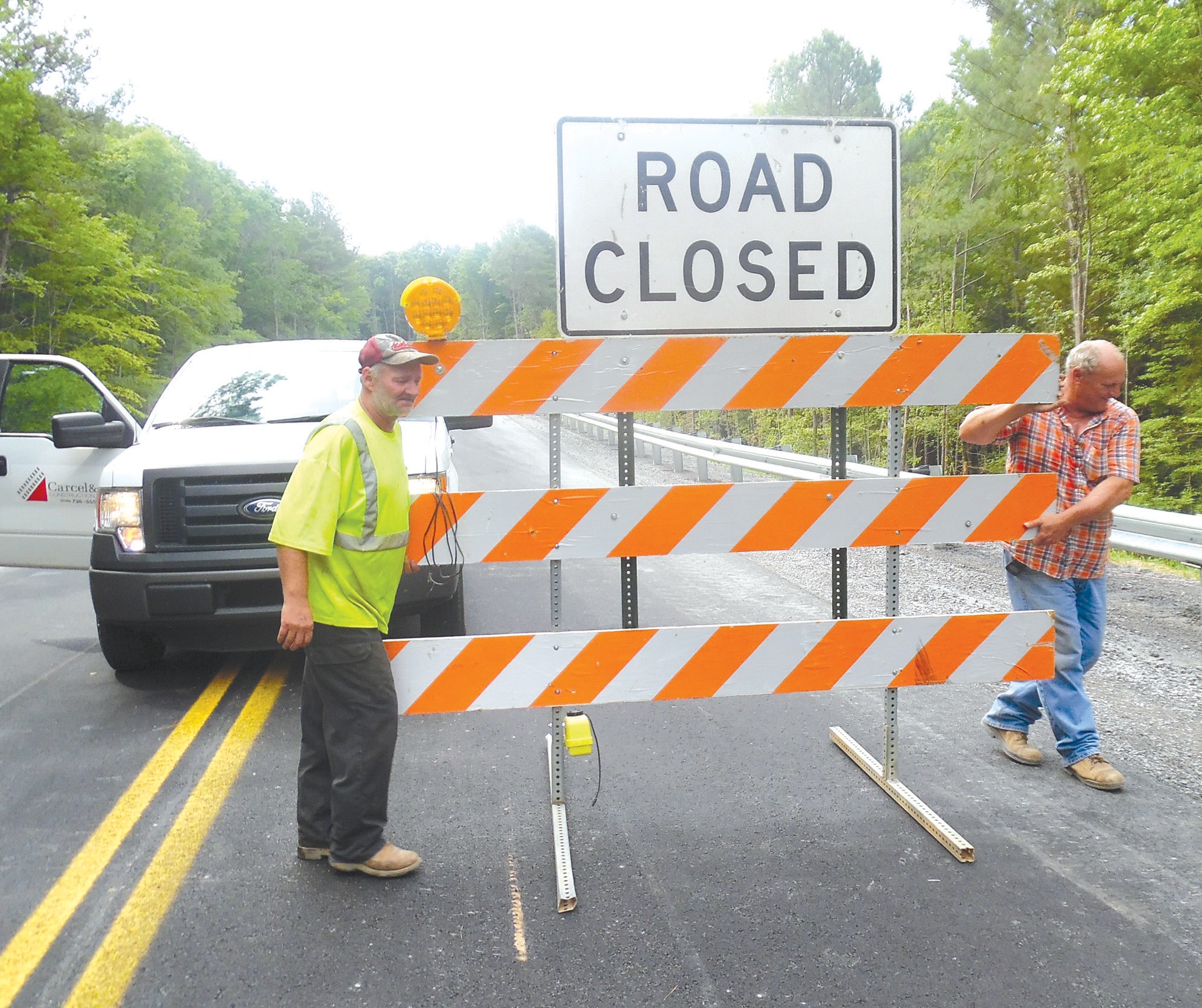 After eight years of planning, administrative headaches, engineering struggles, and challenges with funding, County Road 1 is finally complete. And what’s more, one of the most heavily travelled roads in the county is open from end to end – from Cleveland to Allgood. It opened – a day ahead of schedule, no less – last Friday afternoon at 3:33 p.m. when, from left above, relatives Roy and Roger Hasting (no s, confirmed) removed the barricade, officially permitting traffic to flow freely over the last segment to be completed – the slide and sinkhole area that has been the bugaboo that delayed the project for much of the time. Contractor for the project was Carcel and G Construction LLC of Dodge City in Cullman County. The second phase of the project – paving four miles from the intersection of County Road 33 to Allgood, plus stabilizing the slide area, filling the sinkhole, and reconstructing a 650-foot section of embankment – was completed at an estimated cost of $1.9 million. – Ron Gholson