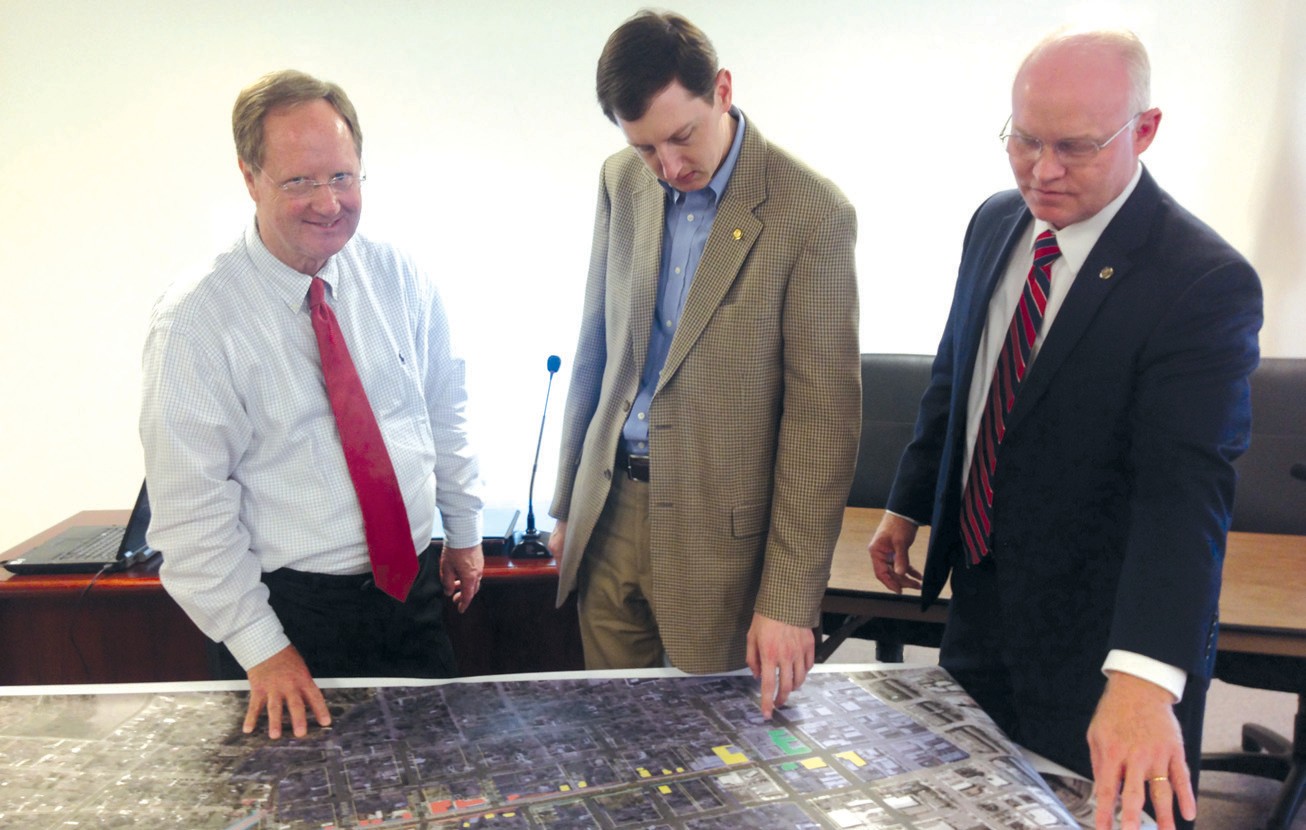 Emphasizing their shared efforts, members of the Blount County legislative delegation are working in concert on a number of strategic issues affecting the county, according to a joint news release. The delegation is made up of state Sens. Scott Beason (Gardendale) and Clay Scofield (Arab), and state Reps. David Standridge (Hayden) and Randall Shedd (Fairview).

Recent events in the county, including a commission work session in which several mayors specifically requested that an economic development office be established, highlights the legislative group’s attention to the subject. Three of them spoke of meeting with Gov. Bentley on the matter.

“We have to establish an economic development office to serve the entire county,” Scofield said. “It’s needed not only to bring in jobs, but to control future growth in a way that’s good for the county.”

“Establishing a one-point economic development office that serves every municipality and every area in the county can be the most important step for the area in a long time,” Shedd said.

Scofield, who has taken a lead role on economic development efforts, said the team will be approaching major stakeholders in the county to involve them in the process, and that he has been in touch with Greg Canfield at the state Department of Commerce as well as with the Alabama Department of Economic and Community Affairs (ADECA) to secure their assistance in establishing the office.

“We’re working as a delegation with the county commission and county mayors to formulate a plan for an office to serve the whole county – north, south, east, and west,” Scofield said. “Gov. Bentley is full-on behind us. He’s directed the Department of Commerce and ADECA to help us. For us to be this close to a major metro area, it’s really unheard of for a county like Blount to be without an economic development entity in place.”

“We have to begin investing in economic development in this county,” Scofield continued. “When an industry is looking to locate in Alabama, they look for a point of contact in the county. If there’s no entity to accommodate them, to meet personally with them, they may pass you by before you’re even aware they’re looking. There’s no telling what the county may have already missed out on.

“This will be a real legacy for the future – to establish a long-term, functional entity that can benefit the whole county for years to come,” Scofield said. Completing U.S. 278, other highways

Shedd has taken the lead on re-energizing the effort to complete the four-laning of U.S. 278 from Cullman to Gadsden. The heavilytraveled 46-mile corridor includes about 21 miles crossing northern Blount County, only a few miles of which is four-laned.

Shedd recently organized a meeting with state legislators at the Guy Hunt Museum in Holly Pond to discuss the effort. Almost all legislators representing the area attended, including the Blount County “gang of three” – Scofield, Shedd, and Standridge – as well as state Sens. Paul Bussman and Phil Williams and state Rep. Mark Butler. “We believe we can develop a strategy to complete U.S. 278,” Shedd said.

Standridge said the group recently met with Bentley and Alabama Department of Transportation (ALDOT) director John Cooper to discuss other Blount County highways including Ala 79, A1a 160, and the offset in Oneonta (where U.S. 231 and Ala 75 intersect).

“Gov. Bentley and director Cooper now have a good understanding of Blount County’s needs. It speeds up projects when we as the local delegation are all on the same page,” he said. Water Works and broadband/cell phone

“Birmingham Water Works pumps 40-50 million gallons of water per day from Inland Lake in Blount County then sells some of it back to us,” said Standridge. “Blount County doesn’t get anything for it, not one penny, and has no representation on their board.”

Standridge, who co-sponsored a bill to change that in the 2013 Legislative session, said that opponents tied it up in committee and it failed. “We fought for it this year, and will continue that fight in the upcoming 2014 session,” he said.

The Blount County delegation is also working on a plan to improve Internet and cell phone service in the county. Standridge observed that communication is now a necessity to both students and businesses, while Shedd noted that the delegation’s work with the Legislature’s Rural Caucus may help secure available grants.

Summarizing the effects of the delegation’s work, Beason said, “With gridlock taking place at so many levels of government, it is a blessing to work with the other members of the Blount County legislative delegation in such a forward-looking and cooperative manner. It will have a positive impact on both the county and the region.”