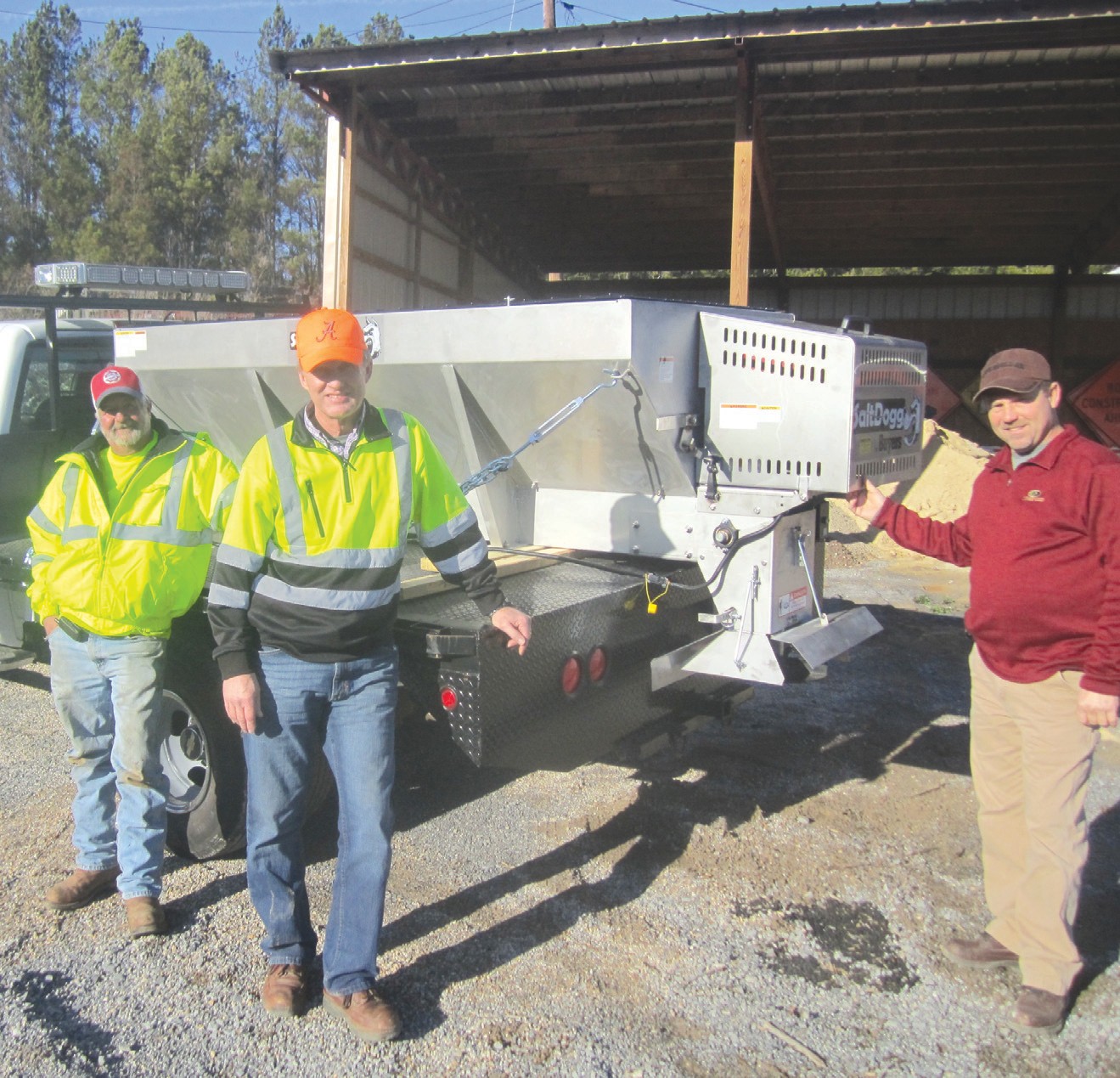 District 3 workers show off shiny new spreader which has just been mounted on a flatbed truck for use this winter. From the left, mechanic David Kemp, foreman Jimmy Hicks, and District 3 Commissioner Dean Calvert.

A forecast for temperatures in the teens Wednesday night serves as a wake-up call that the worst of winter weather is still to come this year. It also evokes reminders of last year when an unexpected snowstorm paralyzed both city and county roads with traffic snarls and stranded vehicles. One short stretch of road in the county had 32 vehicles in the ditch at one point.

So what’s to keep that from happening again? Nothing, but county commissioners as the main sentinels of county roads say they are ready for whatever comes.

District 1’s Allen Armstrong said he purchased spreaders to hook up to pickup trucks early in his first term of office in order to keep his roads passable during winter weather. He said he has three units with spreaders and can put a fourth on the roads with manual spreading in order to keep roads clear. Armstrong said he has salt and 40 tons of sand on hand if needed to treat subdivision roads and a half-dozen chronic trouble spots where north-facing slopes always cause problems when frozen precipitation accumulates.

District 2’s Carthal Self said he has both salt and 40 tons of sand stockpiled for use with his district’s automatic spreader.“We’re ready – we’re just waiting for the bad weather. We’re as prepared as we can be,” he said.

District 3’s Dean Calvert uses a special mixture of sand, salt, and fine gravel on roads and bridges, sometimes varying the mixture to a pure salt treatment if needed on bridges, he said. Calvert said he has about 100 tons of sand, gravel, and salt under roof at the shop – enough to carry him through this winter and next. The mixture will be used by his two automatic spreaders, the second purchased recently to improve his ability to treat roads in his hilly Straight Mountain district. Calvert said he coordinates closely with county school bus shop personnel to make sure problem areas for school buses are kept passable.