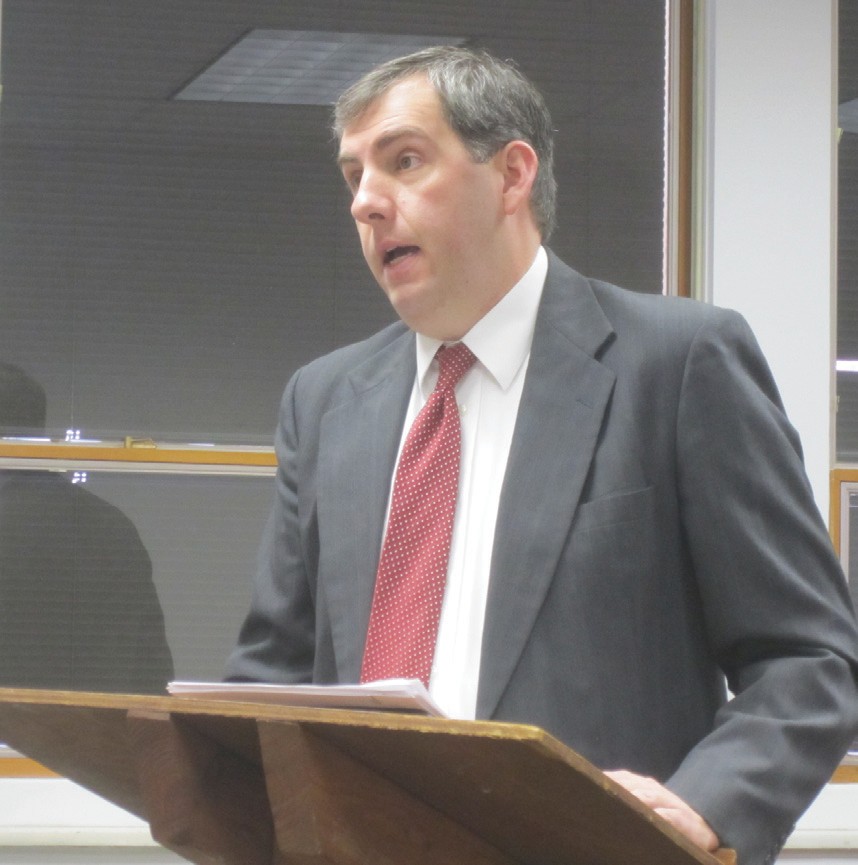 Attorney and president of the Blount County Bar Association Bill Burns asked the county commission in a presentation at Tueday’s work session to formally approve a plan to add a third judge to handle the increased caseload and resulting growing backlog in Blount County courts.

The plan would involve substantial county funding of the normally state-funded position in the first two years of the judge’s tenure, followed by an eight-year period in which the county would benefit from a new revenue stream created to partially fund the position through increased court filing fees.

Pointing out that all counties contiguous to Blount have at least twice, or more than twice, the number of judges as Blount (with two), and citing a docket backlog of cases such that a jury trial in a civil case can take as long as two years to schedule, Burns asked the county commission to officially sanction the group’s plan.

According to the association’s plan, salary and other costs of the additional judge and staff would be supported by the county commission for two years while legislation is passed by the Legislature to increase court filing fees and to add a third judge at the state’s expense. State assumption of costs would begin in the third year of the judge’s tenure.

Total costs are estimated at $300,000 per year, for a total of $600,000 the county would have to bear for two years until such time as the state requirement to fund judges in the state circuits kicked in. Approximately $360,000 of that total would be “fronted” by the county commission from county funds while $240,000 of it would come from an increased revenue source by upping court costs, such as filing fees, by as much as $20.

According to the terms of the plan, the county commission would receive the $120,000 increase in annual filing fees to help defray the costs of the additional judge for the first two years, and would continue to receive that amount for eight more years after state funding of the additional judge and staff position takes over. That would create a total of $960,000 in continuing payments from filing fees over an eight-year period as a result of bearing the full cost for two years.

Burns said the plan would require the Legislature to pass a local law covering the additional judge and would ultimately require a referendum of Blount County citizens to approve the expansion of the county judiciary to handle the growth of the caseload brought about by an expanding population.

He committed to provide additional facts to the commission in the coming days to fully document the need for an additional judge, a matter discussed in county legal circles for several years.

The commission discussed a number of other significant matters in the work session which will be fully covered next week in the newspaper’s report of the monthly commission business meeting on March 11.