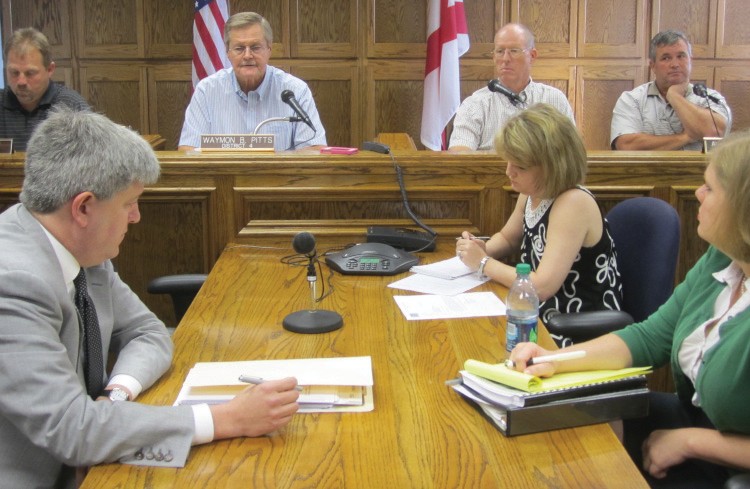 The Blount County Commission prepared subpoenas and delivered them yesterday to the Blount County probate office forserviceto14witnessesfora 9a.m.hearing on Sept. 6 in connection to the proposed termination of county administrator Ralph Mitchell. The hearing and the list of witnesses to be subpoenaed was requested last Friday by Mitchell’s lawyer, Greg Reid.

With District 4 Commissioner Waymon Pitts chairing the meeting, the commission voted Aug. 21 to terminate Mitchell’s employment by a vote of 3 to 1. Voting in favor were Commissioners Pitts, Dean Calvert, and Andy Neill. Commissioner Allen Armstrong voted against the motion.

Commission Chairman/Probate Judge David Standridge was not present at the Aug. 21 meeting, sending a message by Pitts that he was scheduled to be in court at that time. Standridge had said earlier that he had agreed to “maintain an arm’s length” from participation in the inquiry process into the Mitchell matter that unfolded between Aug. 8 and Aug. 21. The reason given was his close working relationship with Mitchell, who reported to him.

The termination is subject to the Sept. 6 hearing at which Mitchell or his attorney will be allowed to question his accusers and present evidence of his innocence of the charges. Charges include dishonesty, abusive conduct, conduct unbecoming an employee, conflicts of interest, fraud in personal matters, and failure to comply with the ethics law.

County attorney Jeff Sherrer said that in the event the termination is upheld, Mitchell has the right to appeal within 10 days for a hearing before the county merit board.

The Sept. 6 hearing, under normal circumstances, would be chaired by Commission

Chairman David Standridge. In Standridge’s absence, commission vicechairman Pitts would chair the hearing, according to county attorney Jeff Sherrer. It will be held in the commission boardroom at the courthouse.

Exact procedure for the hearing is not known, but Sherrer said a possible scenario is for the person chairing the meeting to convene the hearing, then turn the floor over to Reid, Mitchell’s attorney, to proceed with the calling and questioning of witnesses.

Presumably, commissioners would vote at the end of the hearing to sustain or rescind the termination, or could adjourn to executive session to determine the final decision, before reconvening to vote.