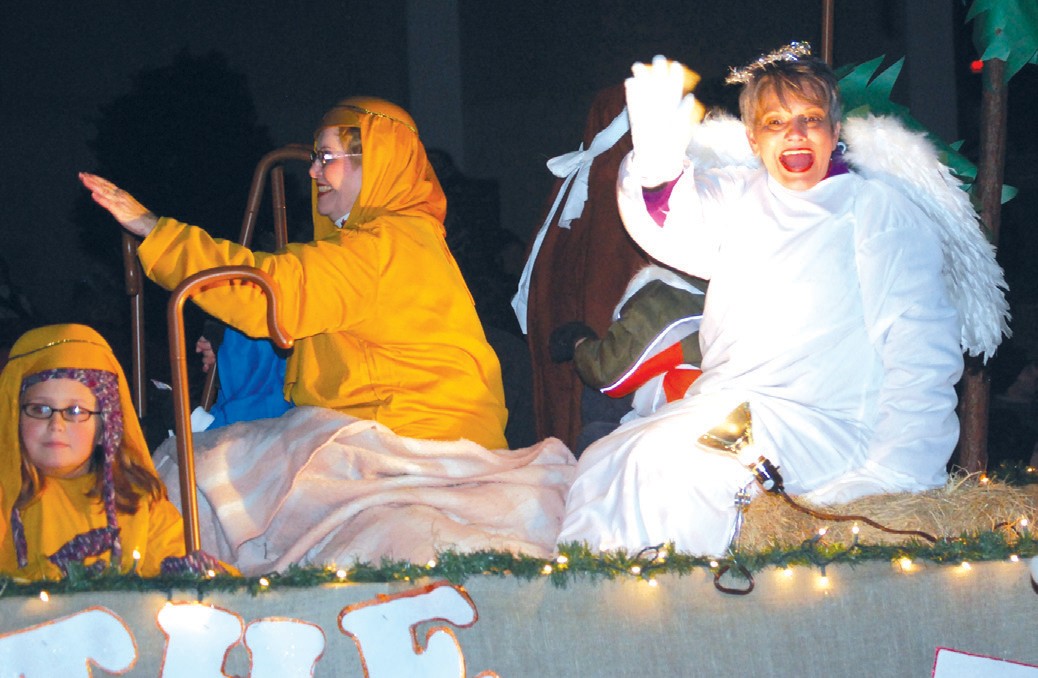 Barbara Burns waves to the crowd from the Philadelphia Baptist Church float.

Start getting those warm clothes ready, the Oneonta Christmas Parade is less than a week away. Festivities begin Tuesday, Dec. 10, at 7 p.m., and Aimee Wilson, executive director of the Blount County-Oneonta Chamber of Commerce, says the current number of parade entries has met her expectations.

“As of Tuesday, we have approximately 60 entries, with most of those being floats,” Wilson said. “This is a normal amount, and by Friday, I expect we will probably have more than 100 entries because many people wait to the last minute to enter.”

Anyone still interested in registering should do so by Friday before 4 p.m.

With the exception of Cleveland, the band she hasn’t heard from, Wilson says every high school marching band will take part.

Last year, the parade included 110 entries which made for a one-hour parade spanning three miles, and keeping with the traditional route, Wilson says this parade should be similar.

Many volunteers will also be helping with parade festivities. First Kids from Oneonta First Baptist Church will be serving hot chocolate and cookies in front of Elegant Touch, and members of the World Outreach Center will have several locations set up along the parade path serving hot chocolate.

Wilson says this is the most parade volunteers she has seen since she has been working with the chamber, and she gives credit to the great work from her board.

She also recognized the Oneonta Police Department, Blount County Sheriff’s Department, and the City of Oneonta for their help with the parade.