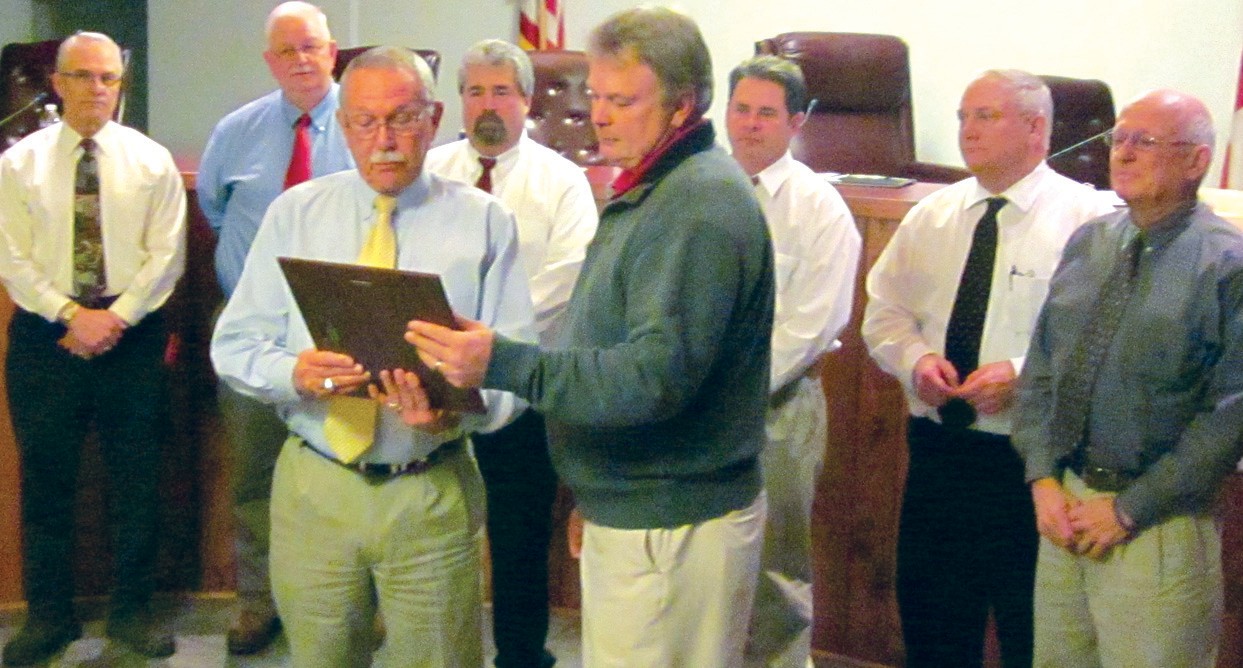 Recognizing the accomplishments of the 2011 Oneonta High School football team and head coach Don Jacobs, Oneonta Mayor Darryl Ray presented a plaque to Jacobs at the council’s most recent regular meeting. All council members spoke of Jacob’s success with a team many had thought would enjoy only moderate success.

The proclamation underscores Jacob’s selection as one of the top 4A coaches in the state. In his remarks, Jacobs downplayed his own role, emphasizing the accomplishments of the team.

In other council actions, members voted to proclaim February “Black History Month” and to hire Kendra Jennings as a part-time library circulation clerk. Reading from a letter by librarian Gail Sheldon, councilman Hal Buckelew cited Jennings’s computer skills and bilingual knowledge as assets for the position.

In his commentary, city manager Ed Lowe praised the city’s public works employees for their assistance to Clay- Chalkville during clean-up efforts following destruction from the January tornadoes.

Invited to speak by councilman Danny Robinson, Oneonta schools superintendent Scott Coefield referred to the success of the high school basketball teams, in addition to the year’s stellar football season. In his remarks, Buckelew praised the school facilities and their continuing improvements. He alluded to his earlier years on the council and that body’s decision to prepare for construction of the present facility.

All council members (Mark Gargus, Tim McNair, Ross Norris, Ray, Buckelew, and Robinson) attended the Feb. 14 meeting. The council holds its regular sessions the second and fourth Tuesdays of each month at 5:30 p.m. in city hall.