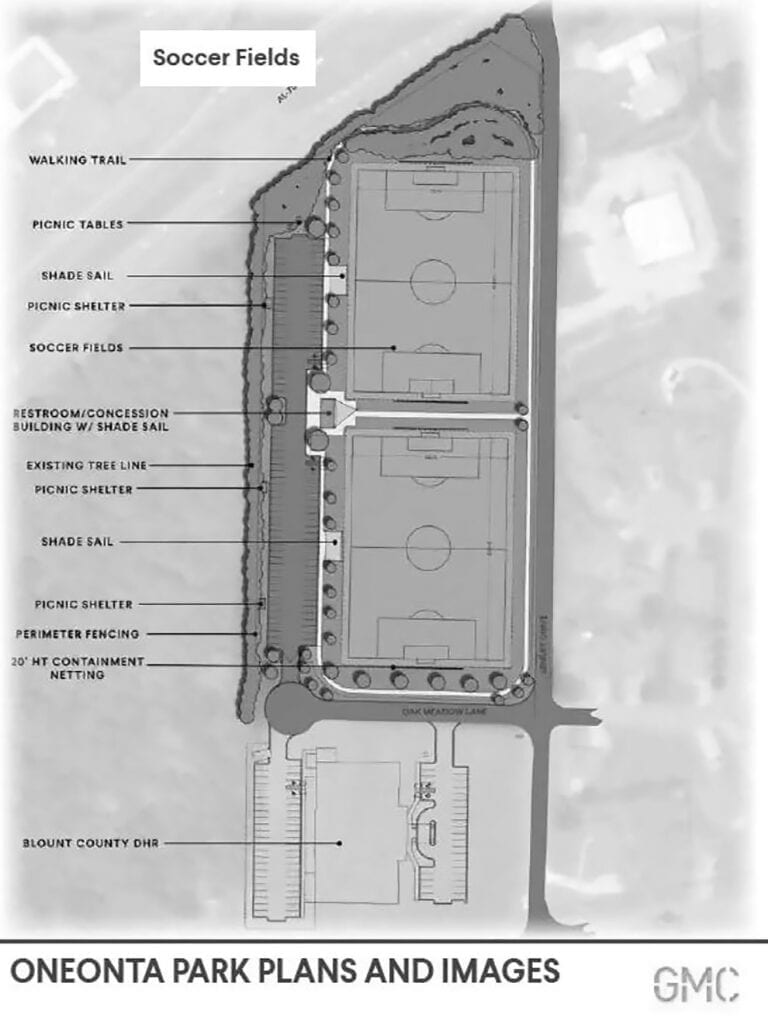 After several work sessions and public meetings discussing redevelopment of the city’s current parks and recreation facilities, Oneonta Mayor Richard Phillips and members of the Oneonta City Council voted to move forward with the proposed $10-million project at its Dec. 22 meeting.

In a unanimous vote, the council gave Mayor Phillips authorization to enter into a bond issuance with Frazier Lanier Company for the purpose of the redevelopment project. Both Phillips and city attorney Alex Smith explained that the issuance would not happen immediately.

“We still have questions and we are still working with Goodwyn Mills Cawood on final numbers,” Phillips said. “But we do feel comfortable that we can accomplish our goals with that.”

Once the bond is issued, the city would then be able to roll its current bond into the the new bond. Phillips said by doing this, the city would receive a $500,000 refund.

Following the meeting, Phillips said, “After years of public request, this elected body chose to make an investment in this community. We made the decision to move forward with an approximate $10 million dollar revitalization of our community’s parks, recreation and sport facilities, public green spaces, aquatics, and quality of life amenities.

“These projects will not only offer a heightened level of services to our residents, but they will provide the much needed groundwork for enhanced economic growth and community development. As the projects progress, we will share this vision with you in detail. Good things are coming.”

In other business, the council appointed Sherry Pierce as council representative to the Oneonta Planning Commission. They also adopted the 2021 holiday schedule, which follows the schedule recently approved by the Blount County Commission.

“Scott brings to this position more than two decades of experience serving this community as well as two decades of service in the U.S. Army. Scott has proven himself to be committed to the success and growth of the Oneonta Fire & Rescue Service.”

“It’s been an honor to serve here alongside many great men and women,” Latta said. “I’ve loved every moment of the past 25 years, and I look forward to serving several more.”

The final recognition of the evening was saved for city manager Ed Lowe, who is set to retire on Dec. 31. “Ed, you have served this city with honor and integrity,” Phillips said. “You’ve always been very professional, you’ve always brought enthusiasm to this city, and you’ve always provided leadership and vision.”

Those sentiments were echoed by city administrator Allie Allcorn who presented Lowe with a special token from the city. “You have provided stability,” she said. “That’s what you have done for us. You have been our anchor.”

Lowe said, “One thing that makes me comfortable leaving now is the people that the city has in place. They know what they are supposed to do, they love what they do, and they care about this community. The people that we have in place will rise up and this city will be in great shape.”

All council members were present. The next meeting is Tuesday, Jan. 12, with work session beginning at 5:45 p.m. followed by the business meeting at 6 p.m.

Ed. note: The Blount Countian sat down with Lowe last week to reflect on his years of service with the City of Oneonta. We will feature him in the Jan. 6 issue.