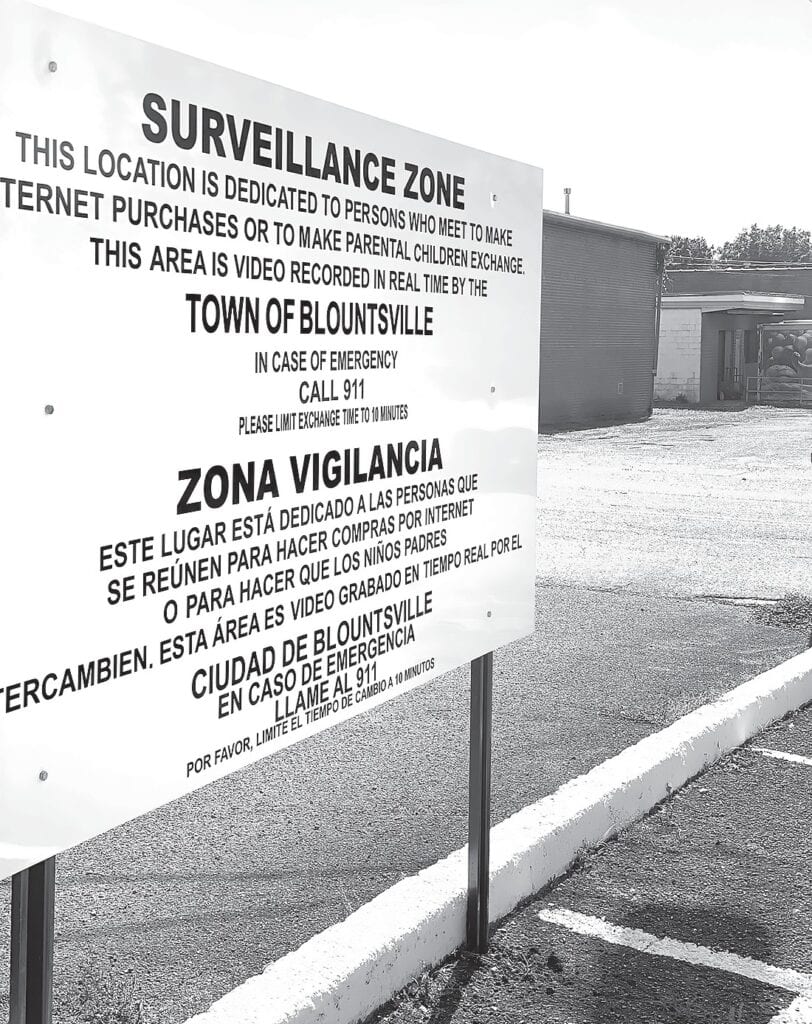 The Town of Blountsville installed the new sign for its Surveillance Zone dedicated to persons who meet for internet purchases or to exchange children in custody agreements. The zone is located across the street from Town Hall and the police department. It is under 24/7 camera surveillance.

During its May 3 meeting, the Blountsville Town Council voted to purchase a K9 to help deal with drug issues in the town. Council member Ray Baxley recommended Buck, a 3-year-old Labrador retriever being cross trained for drug detection and human tracking. Initial cost will be $2,500 which does not include vet bills, food, or certification. Buck will be teamed with officer Shane Best and the two will be certified together.

Council member Debra Sorrell announced that the pool will open at the end of May. Applicants are needed for lifeguards and concession stand workers. She also announced that a travel ball team is using the ball fields. The park will also host an all-star softball tournament. The council expressed thanks to the street department for work being done at the ballpark.

In other business, the council:

• appointed Kenneth Haynes to the Housing Authority Board.

• reappointed Ken Wilson, David Neal, and Terry Ratliff to the Industrial Development Board.

• announced Sherry Brooks as chairperson of the reformed Garden Club.

• renewed the town’s contract with Cintas.

• approved participation in the Back to School Sales Tax Holiday July 16-18.

The council meets the first and third Mondays of each month, at 6 p.m., at Town Hall.