Couldn’t hardly walk down the street 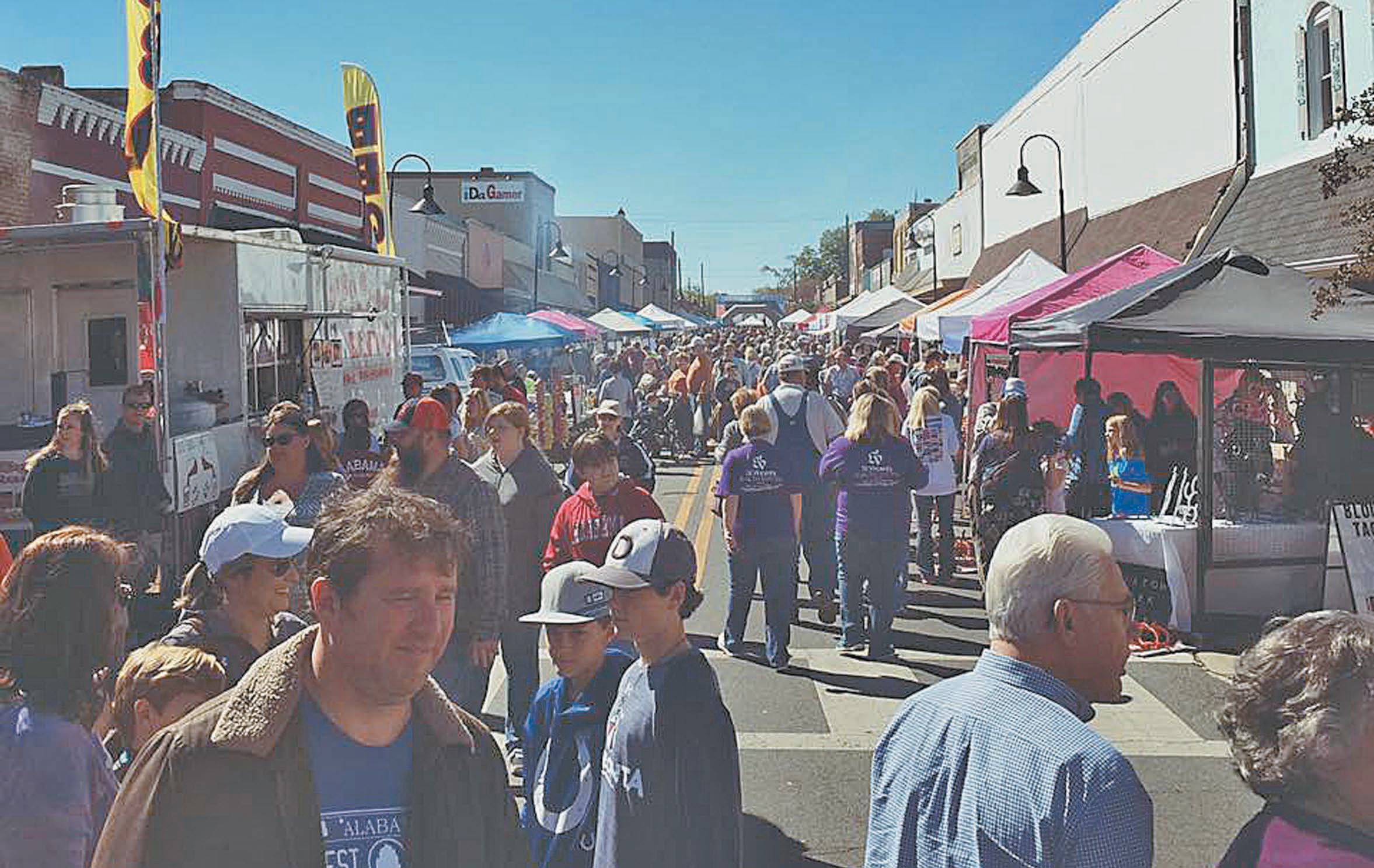 It’s the season par excellence for fact checking… so-o-o: according to our photo documentation, walking down Main Street looks pretty manageable that first 50 yards, but after that… looks like a solid wall of people. We’ll rate that claim ‘substantially truthful.’

First impressions: “The crowd was the largest ever,” said Aimee “Not-Given-To- Hyperbole” Wilson. That name is important for a couple of reasons. One, she’s the executive director of the Blount- Oneonta Chamber of Commerce and it’s her job to make this festival happen. She’s led the charge of volunteers, sponsors, city helpers and assorted partners since 2007. So, who should know better than she? Two, that Not-Given-To- Hyperbole moniker – for anyone who knows Aimee – is, if anything, an understatement. Supporting statements (we’ll call it Aimee’s list):

• “There were times when you just could not get through the crowds.”

• “A vendor who has been here for many years said the crowd this year was unbelievable – he said he talked to people from all over the country – even a couple from Canada. That’s a first, as far as I know.”

• “Only one vendor didn’t show. In past years, there have been more than that. That’s an indication of what value the vendors themselves place on the festival. “

• “We turned away more than 50 vendors this year – not because they were late registering – because they weren’t. It’s just that we ran out of space for them before the deadline for registering. That’s also a good indication of how important the show is to them.”

•”I heard positive things said about everything this year. The run had more than 130 participants. I’m so glad the Community Arts Council brought that back this year. The pancake breakfast had a big turnout. I don’t know how big yet, but they always have a big turnout.

• “Swamp Tails did a tremendous job. The food was wonderful. I saw several people eating there more than once. I was blown away by the entertainment groups, and you could hear them ‘way down the street from the stage. I liked having the stage closer to the arts and crafts part of the festival, too.” The thanks phalanx

To all the organizations – roughly a dozen – who had a “speaking part” in the corollary activities of the festival. You know who you are, and thanks for your great contributions, this year and over the years.