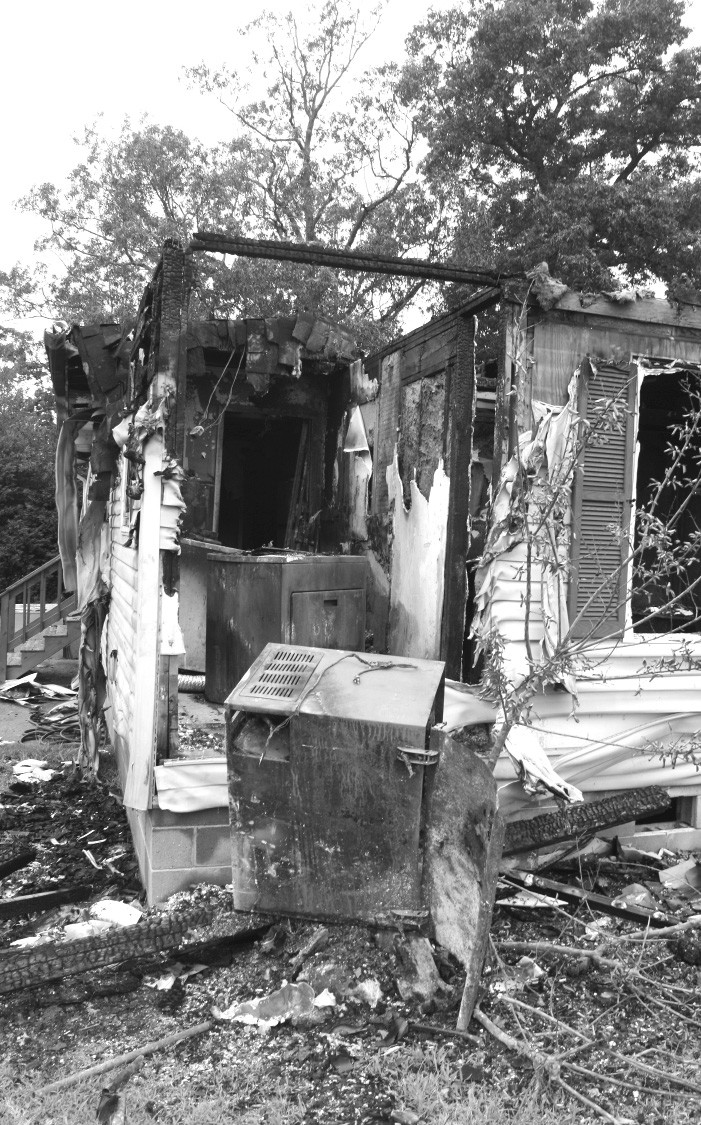 The cause of the the fire may have been this freezer.

After an unforeseen tragedy struck the Price family of Snead, they immediately experienced an outpouring of support from those closest to them as well as complete strangers.

On Sunday July 15, while the family was away from their home, 15-year-old Mason Price, son of LaShone and Misty Price, received a call from a family friend telling him that his house was on fire.

Even with a quick, 10-minute response time, firefighters from Snead, Susan Moore and Murphree’s Valley battled the blaze to no avail. The house was a total loss.

Before rescue personnel arrived on the scene, neighbors were attempting to extinguish the fire with a water hose. Even though they weren’t successful, while fighting the fire they busted out a window allowing the families’ pet cat to escape from the burning home.

The Prices are waiting on official word of what caused the fire, but LaShone says the insurance adjuster suspected a wiring problem in the freezer could be to blame.

The family is currently residing at a local hotel with assistance from Bethel Baptist Church, Mt. Zion Church of God, Gray’s Baptist Church, Tyson Foods of Snead, and the American Red Cross.

In the days following the fire, many people have provided them with food. Some have paid for their meals at local restaurants including Al and Mick’s in Snead, Sarah’s Cafe in West End, and Charlie B’s in Oneonta, and ladies from around the community are continuing to make home-cooked meals for the family. Friday morning, people were still supporting the family with silent, but meaningful gestures. After eating breakfast at Huddle House in Oneonta, LaShone stepped up to the cashier to pay for their food, but was informed someone had already paid for their meal.

A benefit singing featuring The Faithmen Quartet was held Sunday for the family at New Beginning Church of Blountsville.

“That was the first time I have been relaxed all week,” LaShone said.

The small church raised $400 for the family.

The family lived in the house for 14 years and LaShone says while riding with his son recently he habitually began driving toward the house until his son asked him where he was going.

An account for the family has been set up at Hometown Banks in Snead, Oneonta, and Pinson.