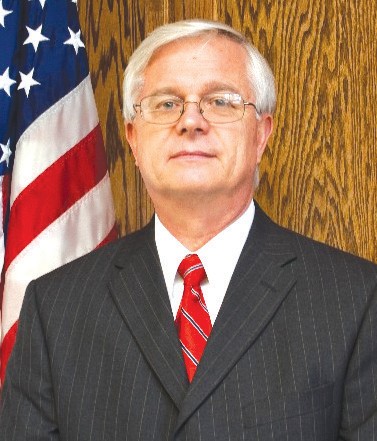 The Blount County Commission voted 3 to 1 Tuesday morning to terminate Ralph Mitchell from the position of county administrator, following a 65-minute executive session. A hearing date of Sept. 6 was set in compliance with the employee manual to allow Mitchell to defend himself from charges or allegations. Other than those contained in yesterday’s motion, charges or allegations have not been released as yet to the public, or to Mitchell, according to his attorney, Greg Reid.

The notice referred to in the motion is as follows, from commission records:

This notice is given pursuant to Blount County Employee Handbook, section 9.11.2, to notify you of the intent of the Blount County Commission to terminate your employment effective Sept. 6, 2012.

This termination is based on the following offenses contained in the Blount County Commission Employee Handbook, as follows: ( What follows is the same list of paragraph citations from the employee handbook that appears above in the motion.)

The descriptors for those paragraphs cited, taken from the employee handbook, are as follows:

9.6.29 Failure to comply with ethics law

At the beginning of the special meeting, while the motion to go into executive session was on the floor, District 1 Commissioner Allen Armstrong interjected a question for county attorney Jeff Sherrer.

“Who authorized you yesterday to offer a severance package (to Mitchell?)” he asked.

“I did not offer a severance package,” Sherrer responded, as the exchange was ruled out of order by Pitts before proceeding to the vote on the motion. Armstrong opposed the motion to go into executive session. Commissioners Calvert, Pitts, and Neill voted in favor.

After a brief exchange with a citizen who asked if the public would be allowed to speak, Pitts said no more questions would be taken and the commission went into executive session.

Attorney Greg Reid, representing Mitchell and present at the special meeting, but not included in the executive session, told The Blount Countian after the vote was taken: “I am disappointed, to say the least. Ralph will remain on administrative leave until Sept. 6. This (morning) is the first time I’ve been given anything on this and all I heard is what you heard in the public meeting.

“We will request a hearing and I am going to ask for details on what he’s allegedly done. We’ll get whatever evidence there is, if there is any, so I’ll be able to defend my client’s good name. And if there are any allegations proven false, the person who made them may themselves be subject to termination. “It’s a sad day for Blount County that a person with a flawless record could be mistreated like this. If there’s a mistake the group behind this hasn’t made, it’s only because they haven’t thought of it yet.”

(Reid had earlier said he sent a letter to the commission on July 30 requesting a bill of particulars – a list of allegations and charges against his client – and has received no reply to date.)

Contacted for comment on the commission action, Mitchell defended himself vigorously. “I haven’t done anything wrong. This is purely political. I’ve yet to be told what I’ve been accused of, much less been given an opportunity to defend myself. I gave up my constitutional rights against self-incrimination and offered to take a polygraph test regarding my actions. Will my accusers do the same?

“I’ve got confidence in the system that I will be exonerated. I’ve also got my faith. There are Christian men who have done me wrong, but my faith in God and the system is strong.”

Mitchell said he had been offered a severance package Monday.