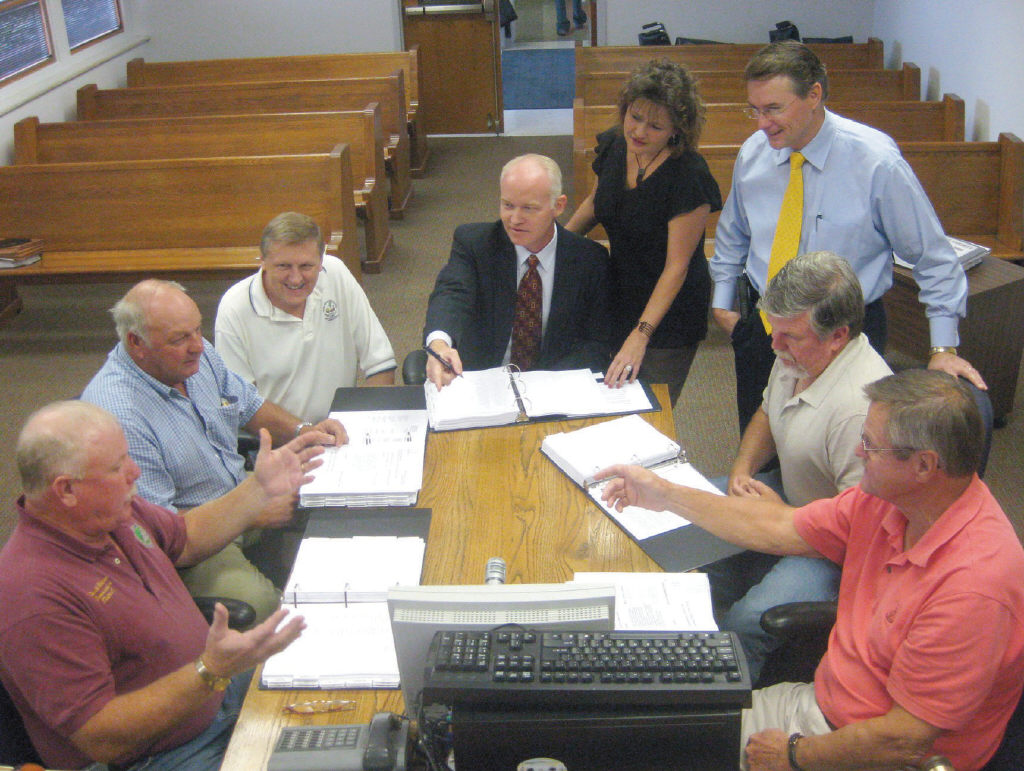 In a three-to-one vote, the county commission Tuesday voted to approve the 2009 fiscal year budget as developed in a series of three meetings during September.

“I can’t go along with the road budget because it’s based on percentages instead of road miles,” said Bullard, whose district has the most road miles of the four districts.

For three years, from 2003 through 2005, Bullard’s district received the largest share of the four district budgets as a result of using the road miles formula.

Both before 2003 and since 2005, other methods of calculating district shares were used. The present formula, used since 2006, allots 27.25 percent to District 1 and 23.25 percent to each of the other three districts.

The rationale favoring District 1 is based on significantly longer hauling distances for road building materials such as chert than the other three districts, and higher traffic counts on District 1 roads due to population increases and the volume of new construction activity, causing more rapid deterioration of road surfaces.

Tom Ryan: “We’ve passed as good a budget and as fair a budget as we could pass. I’m worried about shortfalls in the revenues we’ve projected. If that happens, we’ll have to deal with it at the time.”

Waymon Pitts: “This county is in sound financial condition. Everywhere we look around us there are counties in dire financial shape. We’re sound, but our costs have gone tremendously haywire this year, and I wish we had a better way of communicating to people the seriousness of the increased expenses we’re facing.” Pitts had commented earlier on the cost of cold mix (used to fill potholes), which has risen from $30 to $35 a ton in 2004, to the $100-per-ton range today.

Commission Chairman David Standridge commended the commission staff on its work and observed that notifications have not yet been received on two grants that were factored into the 2009 budget. Without explaining in detail, Standridge said depending on the outcome of those grant requests, “substantial budget amendments” could be required in the commission’s next meeting.

Blount County is the county’s fifth largest employer with 212 employees and budgeted payroll for 2009 of about $9.8 million, including wages, salaries, and benefits.