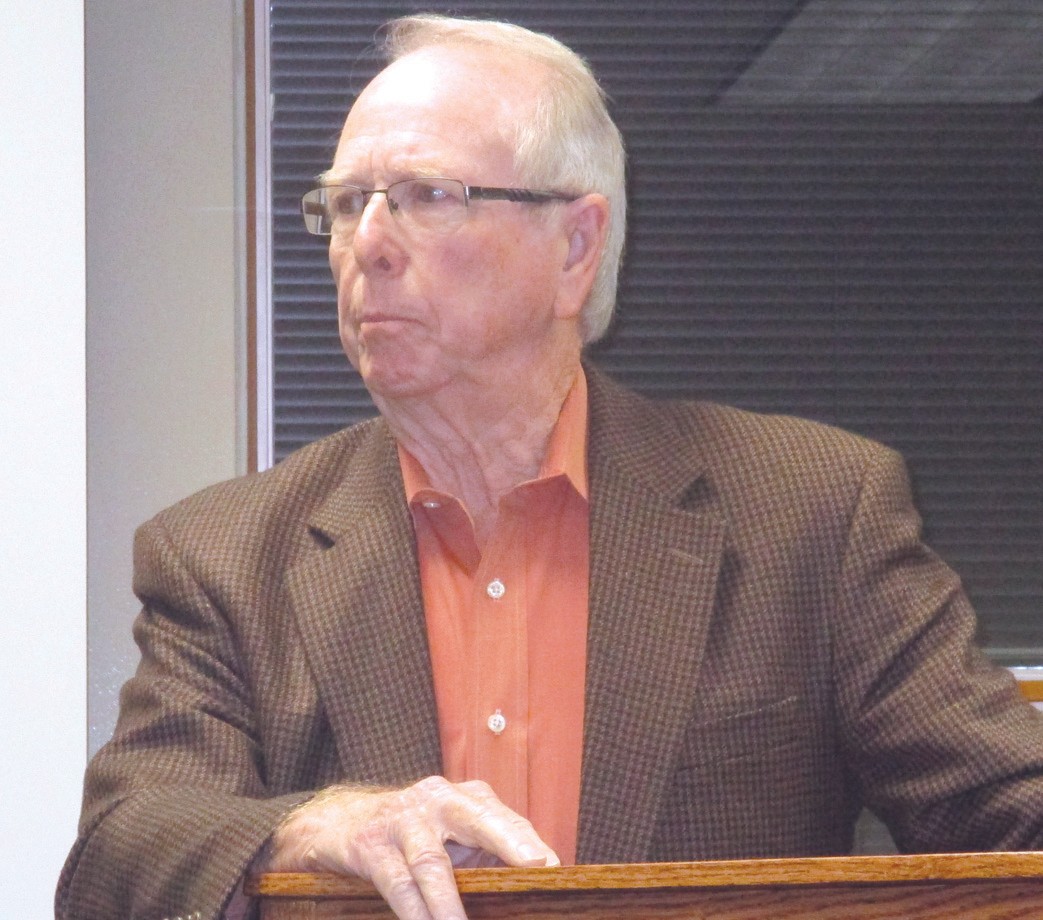 Climax: (addressing the Blount County Commission) “Here’s the point. Cutting the budget isn’t going to come near doing the job. You fellas gotta have a tax increase – sales tax, gas tax – to get the kind of money you need. And you’re gonna get crucified for it. But you got to have more revenue to fix the roads and meet the needs of the people of the county. You guys gotta have more money. Face the music! I did it – and the county has gotten the benefit of it for 23 years – and I’m proud of it.”

The speaker was Bob Harvey, former state representative from Blount County, who has forgotten more than most of us will ever know about truth and consequences. But he spoke a truth to the commission last Friday that others have mainly danced around.

What follows flashes back to the beginning of this drama, then comes forward in time, culminating in Harvey’s statement above. Recapitulation, ACT I (Monday, Oct. 19): In a surprise opening scene, without prior public discussion, Blount County commissioners unanimously passed a motion in the October business meeting to “hold all revenues from the county-wide 2-cent gas tax in an account for a purpose to be determined at a later date.” The amount of money involved would approximate the amount received in 2015 from the state from that source: $455,000.

Though not included in the language of the motion, discussion preceding it indicated commissioners intended to isolate the money from the general fund, where it had historically been channeled to support all functions of county government, and use it to maintain and pave county roads. Though no formal plan was presented to replace revenue lost to the general fund, a subsequent remark by Commissioner Allen Armstrong indicated the revenue loss would be offset by requiring county departments to cut their budgets.

ACT II (Wednesday, Oct. 28): The Blount Countian published an article detailing possible consequences of cuts to county government operations, based on interviews with department heads of major departments who would have been required to make them. Casualties of projected budget cuts could have included (1) as many as nine deputies in the sheriff’s department, (2) closing the Hayden Annex where West Blount citizens can receive many services that would otherwise require a trip to the courthouse in Oneonta, and (3) critically reducing funding support to about a dozen non-county agencies delivering specialized services to residents (libraries, abused children, veterans, the aging, the agriculture and business communities, etc.).

ACT III (Friday, Oct. 30): The commission called a special meeting to further discuss the action taken to sequester (no one in county government has used that word) the gas tax revenue for purposes (road paving) other than that for which it was originally designated and has been used (maintaining general county government) since its inception. It would not be illegal to do so. The commission may vote to use the revenue as it sees fit.

The product of the meeting was a motion that three days later had not yet been rendered into formal language. The following is Commission Chairman Chris Green’s effort to clarify and capture for the public record the various vectors of the circuitous discussion leading to it.

Green said that, as chairman, he entertained “a motion to clarify the action of Oct. 19 stating that the set-aside 2-cent gas tax will not be removed from the general fund, but held under a separate cash number in the general fund through the duration of this fiscal year as the commission tries to work through and determine the course of action to take in the future.” Commissioner Dean Calvert made the motion. Armstrong seconded it.

During discussion preceding the motion, county engineer Winston Sitton commented on the state of county roads relative to the cost of bringing them up to standard. The roads he referred to were the 150-odd miles of road that have had federal and/or state funds expended on them over the years. He said the absolute amount required would be about $17 million. He said that equates to about $1.155 million per year on a 15-year plan. It would amount to more than $866,000 per year on a 20-year plan, he said.

He added that the county is approaching the situation it faced in 2011, when its federal road funding of more than $550,000 annually was jeopardized by the possibility of failing evaluations made on those state/federally funded major collectors by the Alabama Department of Transportation (ALDOT). Federal funding depends on satisfactory evaluations on a number of variables, such as condition of rights of way, signage, striping, and other factors. Those evaluations are pending again soon, and are expected to be tougher than in 2011, according to comments from commissioners. Sitton made the point that each year the county falls further behind in keeping those critical roads maintained to expected standards.

Three members of the public attending the meeting were recognized for comment.

Randy Fallin, a local contractor, commented that the need for more road revenue signalled a need to convert county road operations to the unit system in order to achieve more efficient use of available resources. That comment led to an energetic exchange of opinion with Armstrong who said that the problem the county faces is not the system of organization – district system or unit system – but the lack of sufficient revenue to pave deteriorating roads.

Jeff Hallmark, chairman of the Agri-Business Center Board spoke, taking exception to Armstrong’s remarks last week criticizing the Agri-Business Center for requesting additional commission funding support for its operations this year. Hallmark said the center has cut salaries by 51 percent and operating overhead by 18 percent this year, emphasizing that many expenses are met with contributions from out-of-county businesses. He said the center was used by 40,000 people last year and that county farmers use it at no cost. Hallmark deplored the effect of criticism on the many contributors and volunteer workers who help sustain the center.

Bob Harvey, former influential House member from Blount County, who played an important supporting role in creating the 2-cent gas tax in 1991, also spoke cogently to the present situation. He addressed the commission’s present struggles with inadequate revenues to cope with deteriorating roads. He also explained why the 2-cent gas tax in 1991 was put into effect without a vote of the people, an aspect of its creation that Blount County residents have long remembered and bitterly resented.

The following is a summary, with quotations, of his remarks.

“J.B. Pennington School had burned and insurance coverage was nowhere near replacement cost. The Blount County Commission was out of money and (the county) was facing cutbacks in services, and layoffs of personnel,” Harvey said.

He said that he and former state Sen. Hinton Mitchem met with the county commission to craft a recommendation of a 1- cent sales tax increase to be split between the city and county school systems, and a 2-cent gas tax to support the county general fund. The Legislature passed a home rule bill to allow the county commission to impose the recommended taxes and the commission voted to do so. (ED. – And Blount County citizens erected an elaborate and iconic “Rest in Peace, Blount County” tombstone at the intersection of Ala 75 and U.S. 231, deploring loss of the right to vote, and naming names of those held responsible.)

Vote would have meant three-year delay

“The problem with awaiting a vote of the citizens was time,” Harvey said.“ We were doing this at the end of a legislative session, and we would have had to wait until the next legislative session to introduce the (home rule) bill. It was a year away. If we had waited the year and then another six months for an election, and another six-months before any funds would be available if citizens approved it, then another year for construction of a new building at Pennington, students at the school would have been in trailers for three years,” he said.

Harvey said the 1-cent sales tax made it possible to rebuild Pennington School. It was also instrumental in the building of Southeastern School, refurbishing the former Hayden High School, now housing Hayden Middle School and the Hayden Annex, along with supporting new buildings at Susan Moore and other schools through the county.

He said county operations in 1991 and thereafter would have been in chaos had they had to wait two years for extra income. There would have been layoffs and little road maintenance at all, due to lack of funds.

He didn’t say it, but the 2-cent gas tax money has continued to sustain county operations each year since it was passed.

“Wonder if Commissioner Armstrong and his fellow commissioners are looking at doing what is necessary to fund the county so we can go another 23 years without a tax increase?” Harvey asked.

“Regardless of their actions or inactions, we cannot continue to ‘borrow from Peter to pay Paul.’ If we do, eventually Peter will go broke and Paul will starve,” he said.

The dramatic statement at the beginning of this article concluded his talk to the commission.