Commission calls for bids to repair storm damage at jail 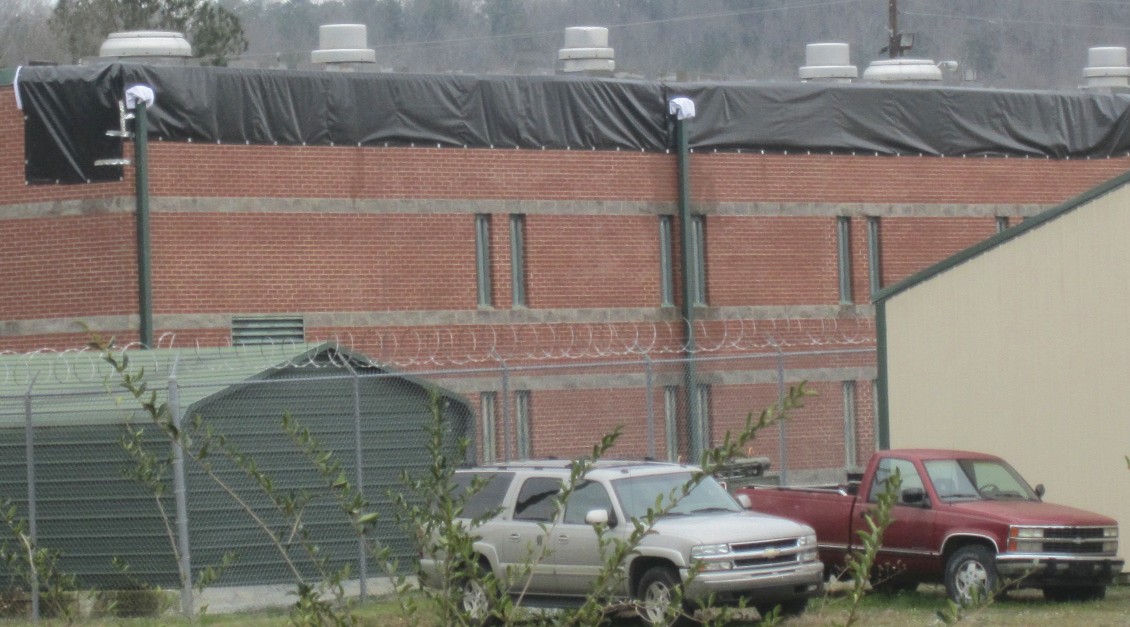 The Blount County Commission met briefly in emergency session Friday morning following the Monday, March 18 storms to arrange for repairs to the Blount County Correctional Facility, which suffered extensive roof damage during the event. It was reported that a 14 feet by 110 feet section of the roof was torn loose from the structure. Tarpaulins were used to temporarily protect the interior from the weather until repairs can be arranged. (See photo.) Ryan Clark, an independent representative for Duro-last Roofing, which manufacured the original roof, told the commission that the entire roof, installed in 1994, has almost attained its normal 20-year life expectancy and that signs of significant wear are showing on other parts of the roof. A quorum of the commission unanimously approved a motion to declare the emergency action necessary and request bids from at least three qualified contractors to replace the entire roof. The motion set March 29 as the date for bids to be opened, and April 1 as the date for a special meeting to award the bid. District 4 Commissioner Gary Stricklin was absent from the emergency meeting. – Ron Gholson