Dan Porch, Auburn county extension agent, literally a man for all (crop) seasons and reasons, has served Blount County for 30 years. He retires at the end of this month. He receives the resolution honoring his contributions from the Blount County Commission. He has also been a frequent contributor of agricultural wisdom – often clothed with his trademark light touch and sneaky humor – to The Blount Countian.

The Blount County Commission in its Monday business meeting authorized commission chairman Chris Green to set a date for a public hearing on any offer to purchase land owned by the county on U.S. 231 north of Rainbow Crossing. The property was initially purchased in January for economic development purposes, with a specific aluminum recycling and manufacturing company in mind.

Green said an offer is expected soon on the 21-acre tract. He had responded to a question during Thursday’s work session to say that an offer from any qualified purchaser in the area would be considered. The public hearing will be set at a suitable time and place yet to be determined in the community near the property.

The commission voted to donate $10,000 toward a fundraising effort undertaken by Operation Grateful Heart and Disabled American Veterans for an Honor Flight to Washington, D.C., for Korean, Vietnam, and World War II veterans from Blount County to visit their war memorials. A similar flight was sponsored by the community in 2008 for World War II veterans to visit war memorials and Arlington National Cemetery. The commission contribution will be funneled through the Blount County-Oneonta Chamber of Commerce to accommodate legal considerations. In other actions, the commission: 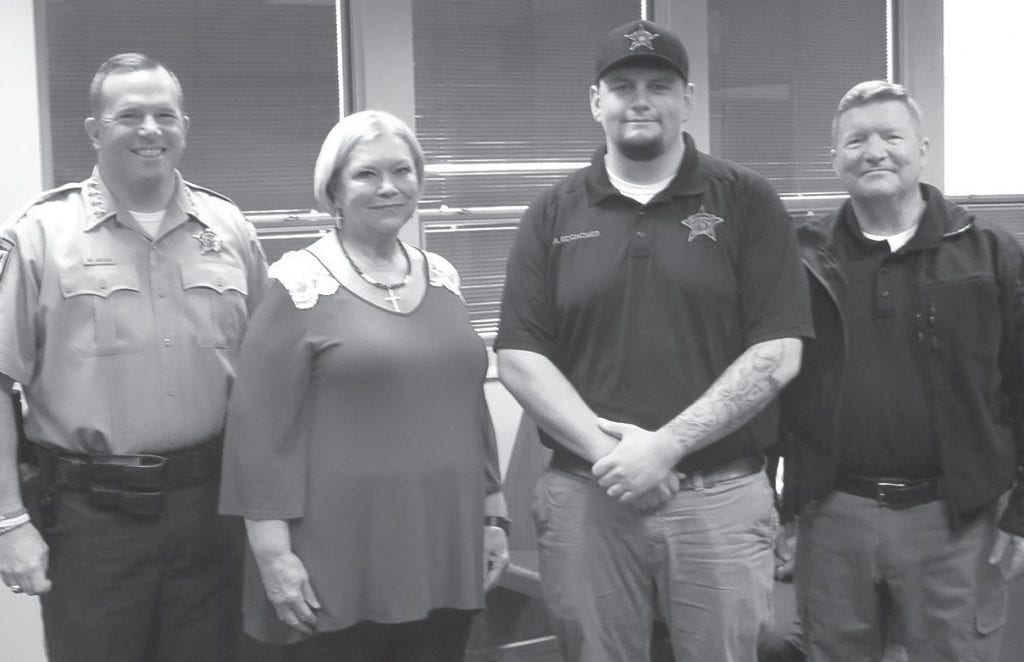 • adopted a resolution congratulating Blount County Extension Coordinator Dan Porch on his retirement after serving nearly 30 years in the job locally known as “county agent” (though the formal title occasionally changed during that time). He held many leadership roles and positions during his career, including educational advisor and founding father of the Blount County Master Gardeners Association.

• adopted a resolution commending the Susan Moore powerlifting team for winning the Alabama High School Athletic Association (AHSAA) Powerlifting Class 3A State Championship for 2019-2020. The Bulldogs also won the overall points total for all classes 1A-7A. And they won both distinctions for the second year in a row – a double-whammy achievement for students and coaches Heath Lauderdale and Adam Wilson alike.

• approved the Blount County Citizen Centric Report for fiscal year 2019. The report is a four-page flyer covering the past year, the future year, and general information about the county and its financial profile. It will be on the county website and social media next week. Paper copies will be produced as handouts to the public at community meetings and other appropriate occasions in future months.

• authorized the commission chairman to execute the request for proposal by the Blount County Department of Human Resources (DHR) for funding support for the Almeda Robertson Adult Day Health program at the Oneonta Senior Center.

• approved the Blount County Oneonta 72-hour Bible Reading Marathon scheduled for May 7-10, in conjunction with the National Day of Prayer on May 7.

• appointed Jennifer Dean to fill the term of Dr. Stoney Beavers, expiring in March of 2021, on the Blount County DHR board.

• approved the agreement with county municipalities regarding use of county voting machines, as drafted by county attorneys.

• authorized William Blythe to manage and maintain voting equipment under the agreement with municipalities, to be compensated at the same rate as previous elections.

• received updated information from county administrator John Bullard that installation of replacement access doors at the Family Service Center is expected to be complete by or before April 1.

• authorized the chairman to commission Lathan Associates to redesign the handicap entrance to the Frank J. Green Building, consistent with the current service agreement.

• approved and authorized the chairman to execute license agreement for limited private property access between the Blount County Commission and Sam Gillis to allow use of county equipment to alleviate failure of pond spillway on private property, which resulted in damage to a public road.

At the recommendation of county engineer Dustin Stewart, the commission: denied the request for a variance on the preliminary plat for Harmony Hills Subdivision in District 4; and approved vacation of a portion of Remlap Drive (old Ala 75) in District 4, grown up in weeds and trees and no longer used as a roadway.

The commission entered into executive session to discuss pending or possible litigation related to security plans, procedures, and/or systems and the safety of persons employed at or visiting county facilities, according to the written executive session rationale. Upon its return, the commission passed a motion to repeal the existing policy for responding to requests from the public for public records, until the policy can be revised by county attorneys to take into account factors such as reasonable time and reasonable cost as parameters for such requests.

All commissioners, the chairman, and all support personnel were present at the Monday business meeting.