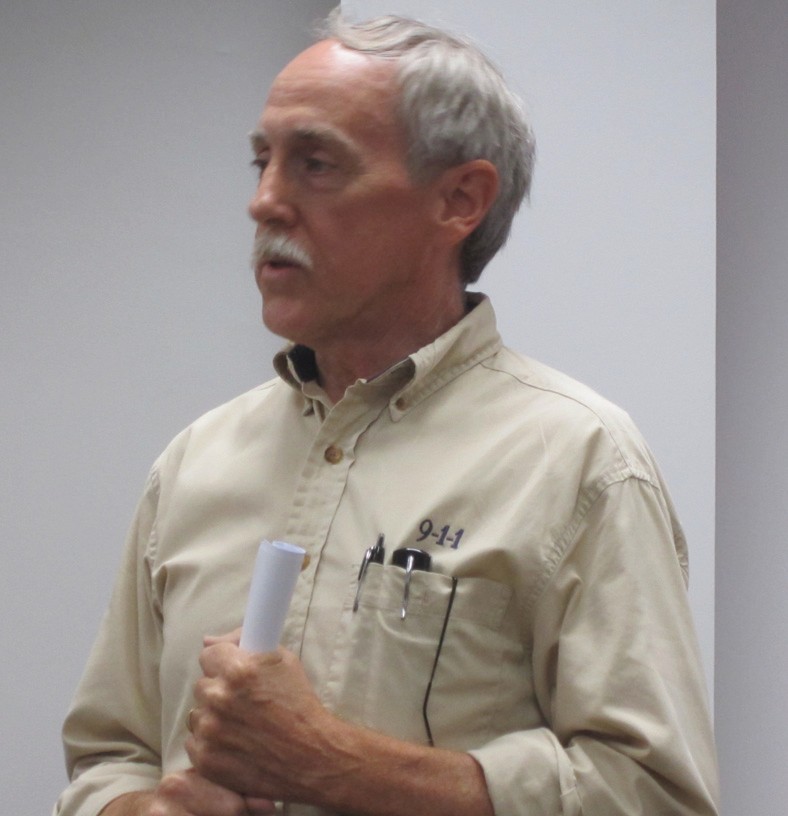 After what appeared to be a typographical mistake on the resolution, commissioners approved the contract to be renewable at five-year intervals.

The initial resolution specified both a three-year and a five-year renewable term. The three-year reference was changed to five years without substantive discussion or procedure. The initial discussion of the term of the contract at the Thursday work session last week concluded with instructions to the county attorney to prepare the contract specifying a one-year renewable term. The reason was to protect county land and property owners from environmental damage that might result from improper landfill operation if the term of the contract were for more than one year.

Two commissioners – District 2’s Andy Neill and District 1’s Allen Armstrong – were not present at that meeting. District 3 Commissioner Dean Calvert asked that a provision be added to make the contract null and void, should present B&B Landfill owner Bud Adams cease to be the sole owner of the firm, either by selling the business or transferring it to his children. That provision was incorporated into the final resolution.

Also incorporated in the resolution is a provision that the contract will not automatically renew in the event B&B Tire Landfill receives a citation from the Alabama Department of Environmental Management.

Pitts said he voted against the resolution because he was opposed to bringing out-of-state waste into Blount County, and also because he said it set an unfavorable precedent in the event other landfill operators wished to establish or expand operations. He said residents in his district would definitely not approve of his casting an affirmative vote on the resolution.

The commission considered two appointments to the 911 board as its first items of business after routinely approving last month’s meeting minutes and claims.

Nominations for appointment to Place 1 on the board were Greg Reid (nominated by Armstrong) and Ken Campbell (nominated by Calvert). Campbell is currently chairman and a six-year member of the 911 board.

In an unusual development before the vote, Blount County Emergency Management Agency director Max Armstrong asked to address the commission, and was obliged. Noting his own qualifications and experience with 911 for many years, he referred to Blount County 911 as “one of the best in the state.” He attributed that to its historic focus on dealing with the “technical, financial, and operational” aspects of system management, while keeping politics out of decision-making.

“Ken Campbell is essential to this board because of his experience and vast technical knowledge,” he said. He added later that he also considered Sheriff Loyd Arrington’s reappointment to the board as essential as well, noting that the sheriff had played an active and effective role on the board. (At that point Arrington’s reappointment to Place 2 on the board had not been discussed, and was subsequently postponed until a later meeting.) “Let’s try to maintain the 911 board as distant from politics as we can keep it,” Armstrong concluded.

The commission appointed Greg Reid to fill the position by a 3-1 vote, with Calvert voting for Campbell.

Asked for comment following the vote contrary to his recommendation, EMA director Armstrong said: “No comment, except to say that, as a whole, this is the best commission I’ve ever worked with during my tenure on this job.”

The vote pointed up a brewing controversy over the location of a new 911 center proposed by the 911 board for its present location on Jack Fendley Drive, across from Woodland Park. The commission had asked the 911 Board to consider moving the new center to county property adjacent to the District 4 shop location on county road 1, south of Cleveland. Relocating the center away from Oneonta, the commission said, would prevent all emergency dispatch and communication from being completely wiped out in case of a single disaster event affecting the core area of downtown Oneonta, including both the courthouse and the 911 center, located only a few blocks apart.

In a presentation to the commission at the July 5 work session, Campbell made a detailed comparison of the two locations based on both cost and operational considerations that he said the board had researched carefully. A number of operational requirements such as paved access, natural gas, three-phase power, redundant phone lines, full-time professional fire protection, and National Crime Information Center access are available at the existing site, whereas they would have to be provided as an additional cost of provisioning the Cleveland site.

He said facilities such as fiber, telephone, and electricity would be provided as aerial service at the Cleveland site, subject to outages resulting from wind damage. Communication facilities in Oneonta are buried, except for a single 100-foot link where service enters the building. Campbell said both construction costs and recurring costs of operation substantially favor the Oneonta site.

Speaking for the commission point of view, county administrator Ralph Mitchell and Commissioner Armstrong said privately that the Oneonta location will require that an expensive new communications tower be built “down in that hole” where the current 911 building is located in order to achieve satisfactory transmission between Oneonta and all receiving points in the county, especially those in distant west Blount. The Cleveland location, by way of contrast they said, has line-of-sight access to all other relay towers in the county. Radio communication is important at all times but critical during disaster or emergency conditions, they pointed out.

In a third significant action, the commission voted unanimously to appropriate $1 million from the capital outlay fund to be split evenly among the districts for work to upgrade existing paved roads that are eligible for federal highway funds (farm-tomarket roads.) A number of such roads in the county are marginal in their “score” or rating needed to continue to qualify for federal funding. Failure to upgrade their condition to a passing grade could result in the loss of substantial state and federal highway funding annually.

Commission Chairman David Standridge asked that a list of roads to be improved be submitted by each district commissioner and that funds would not be expended until the lists had been provided and approved. No part of these monies may be used for purchase of equipment, employee salaries, or costs other than repaving and upgrading target roads.

In discussion before the vote, Pitts said he is concerned that appropriation of such a large sum of commission money for roads would highlight and create the expectation that equal emphasis be given to meeting other needs soon, such as pay increases for employees, who will not have had a raise for three years by the end of this fiscal year in September.

The balance remaining in the capital outlay fund following the $1million appropriation will be $1,163,415.68.