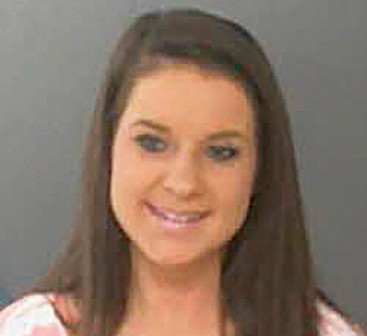 Megan Collins, 29, pleaded guilty to the charge of manslaughter in a Blount County courtroom on Dec. 4, according to a press release distributed to al.com by District Attorney Pamela Casey. Collins was charged and indicted earlier in the shotgun slaying of Clint Alan Myrick, 28, for an incident that occurred early in the morning of Nov. 20, 2014, at Collins’ home near Susan Moore.

The Blount Countian reported Collins’ arrest in October 2015, stating that Collins told authorities the two had been living together and were in a relationship, but at the time of the shooting, they no longer resided together. She also reportedly told investigators that Myrick came to her home with a baseball bat on the morning of the shooting. The Blount County Sheriff’s Office received a call around 1:30 a.m. of a burglary in progress at Collins’ home. Before they arrived, Collins reportedly fired two shots from a shotgun, the first a warning shot, and the second struck Myrick, killing him.

Collins was sentenced to prison for a term of 15 years and six months, according to al.com’s reporting. The statement also said, according to Casey, Collins’ plea was not the end of the investigation which is ongoing.