THE CHARM OF CANDLESTICKS 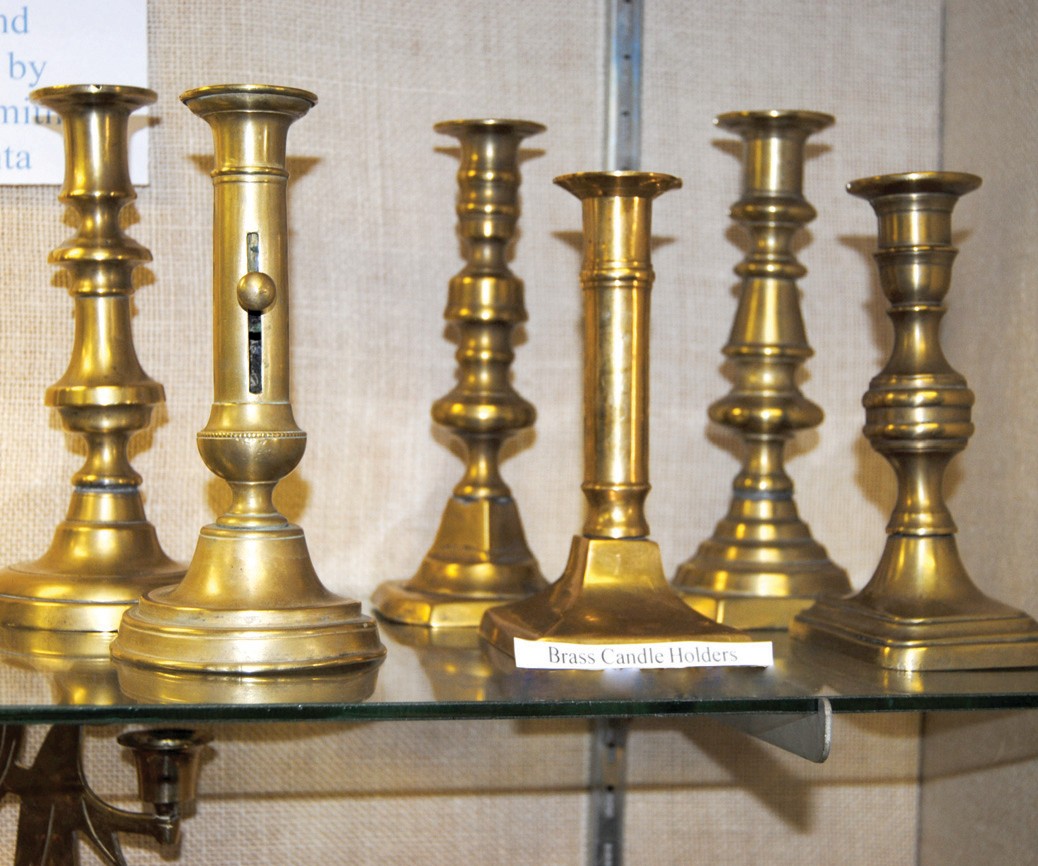 History has it that when a young man came courting
his girlfriend at her home, the father lighted a candle in
a candlestick.When the candle burned sufficiently low, it
was time for the young man to leave. If the father favored
the suitor, he might use a longer candle.

Such are the stories that surround early use of brass candlesticks and the candles they held.

Vivian NeSmith has long been fascinated by brass candle holders and has collected quite a variety of them for her restored Oneonta home. They add charm and warmth to any room, and she puts them to special use during holidays and on other occasions. 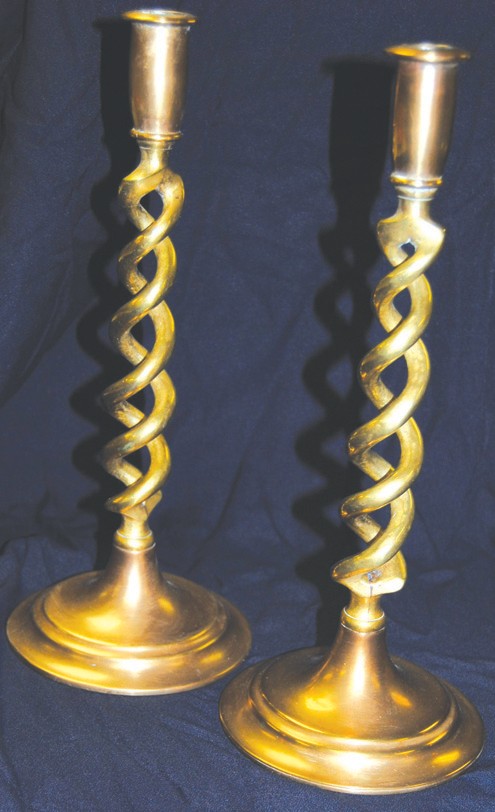 This design is the double barley-sugar twist.

Her collection is on loan to the Blount County Memorial Museum, located at 204 Second Street North and open Tuesdays through Fridays, 9 a.m. till 3 p.m.

Some are tall, some short. Some are heavy in feel and appearance; some have a lighter look. All are lovely.

A part of the display is an interesting text, a part of which follows:

“Queen Elizabeth I, in her
attempts to make her country
more self-sufficient, ordered
the making of brass so that
England could provide her
own armaments. During the
English Civil War brass candlesticks 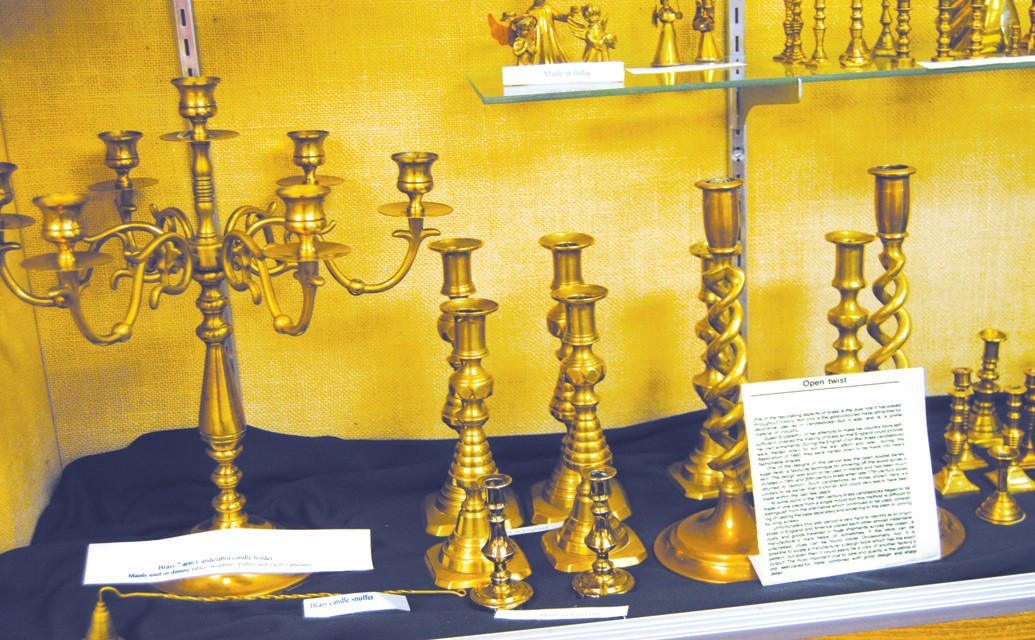 “One of the designs of this
period was the open double
barley-sugar twist, a favorite
technique for showing off the
wood-turner’s skill. The design

was soon to be used in
metals and has been much
imitated in 19th and 20th
century brass when late 17th century styles returned to fashion.

Such candlesticks as those shown here are unlikely to be
earlier than Victorian and could very easily have been made
within the last few years.

“At some point in the 19th century brass candlesticks began
to be made in one piece from a single mold but this method is
difficult to distinguish from the alternative which continued to
be used, consisting of casting the base separately and soldering
to the stem or joining by long screws.

“Unfortunately this later period is very hard to identify as
to origin; styles in England and America copied each other
almost instantaneously, and goods traveled in huge shipments

across the ocean. A manufacturer’s mark helps, or
sometimes, if the stick can be unscrewed, clues can be found
inside. Occasionally, too, it is possible to locate a manufacturer’s

design book which has the exact pattern, but even
then it could easily be a copy of another factory’s output!
The most important clue to date and quality is the patina of
old, well-cared for metal combined with good design and
sharp detail.”