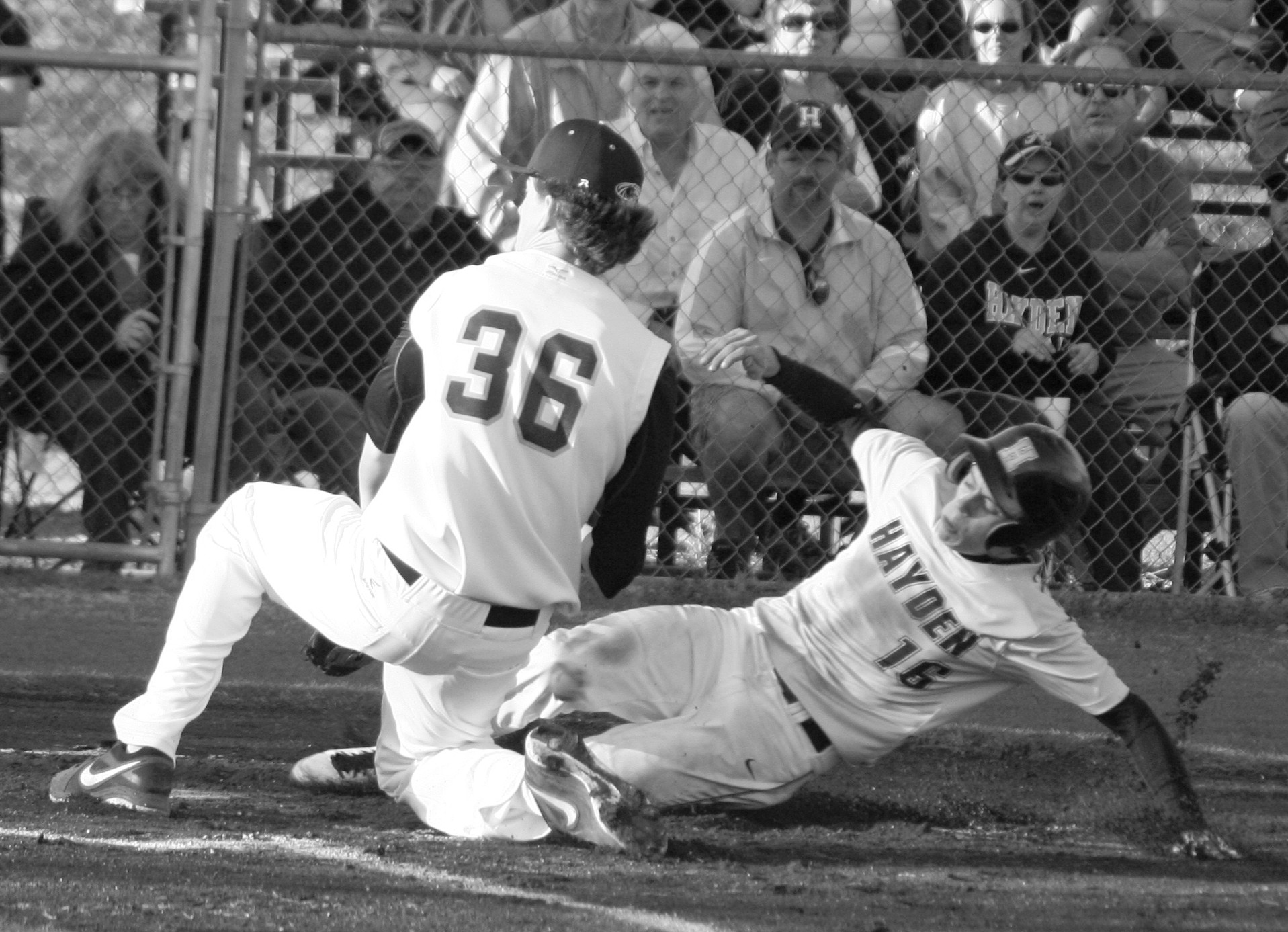 The Cleveland Panthers rallied from a 5-0, sixthinning deficit to knock off Hayden 6-5 in the Blount County Tournament championship game Saturday at Hayden.

Hayden got two runs in the first inning on back-toback RBI singles from Michael Hoglan and Josh Helms.

The Wildcats got another run in the second when Josh Duncan reached on a walk with two outs. He took second on a wild pitch and came around to score on a Panther error. 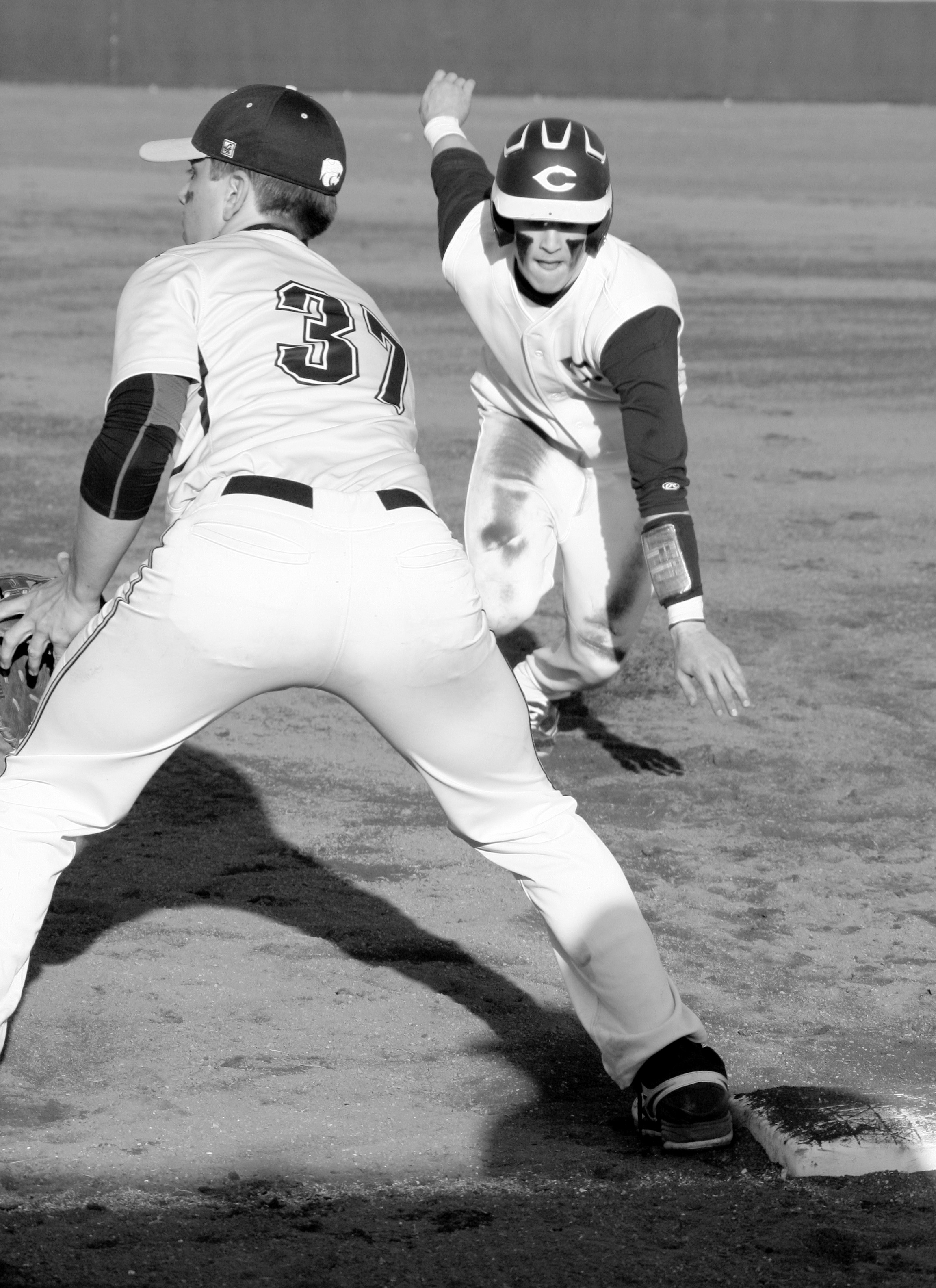 Whitt continued to pitch out of trouble over the next two innings and the Wildcats added two more runs in the fifth on a pair of hit batters, a walk, and back-toback fielder’s choice ground balls.

Cleveland had baserunners – the Panthers left six on base over the first five innings – but couldn’t come up with the big hit. That changed in the sixth.

Whitt hit two batters and gave up a walk to load the bases with one out. Kyle Blackwood then found a pitch he liked and blasted a two-run double to start what would be a four-run inning.

Trailing 5-4, the Panthers added two more runs in the seventh on back-to-back singles by Jesse Aaron and Christian Rowell followed by a pair of big errors by the Wildcats.

Hargett reached on an error with one out and Adam Payne followed with a single to put the potential tying and winning runs on base.

However, Blackwood – on in relief of Johnson – got a strikeout for the second out. Helms followed with a line drive that second baseman Joel Chacon knocked down and flipped to second for the game-ending force-out.

Even though neither factored into the decision, both teams got solid efforts on the mound from their starters.

Cleveland’s Dakota Johnson pitched 4.1 innings and gave up four runs (three earned) on four hits. He walked one and hit two and struck out five.

Hayden’s Chris Whitt was just as good. The senior went 5.1 and gave up four runs, all earned. Cleveland managed just two hits off the 6’6 right-hander but he walked three and hit three.

Payne led the Wildcat offense and was the only player in the game to get more than one hit. He finished 2 for 2 with three stolen bases and a run scored. Hargett, Helms, Michael Hoglan, and Justin Sanderson collected the other Wildcat hits.

Cleveland managed four hits in the game with the big blow coming from Blackwood’s two-run double in the sixth. Aaron, Rowell, and Brody McAlpine had the other Panther hits.

Blackwood got the win in relief of Johnson. He improved to 4-0 on the year by going 2.2 innings and allowing no runs on two hits with a walk, two hit batters, and two strikeouts.

Hayden dropped to 3-5 on the year while Cleveland improved to 10-3.

In the semifinals, Cleveland defeated Locust Fork 10-1 and Hayden rolled over Appalachian, 26-2.