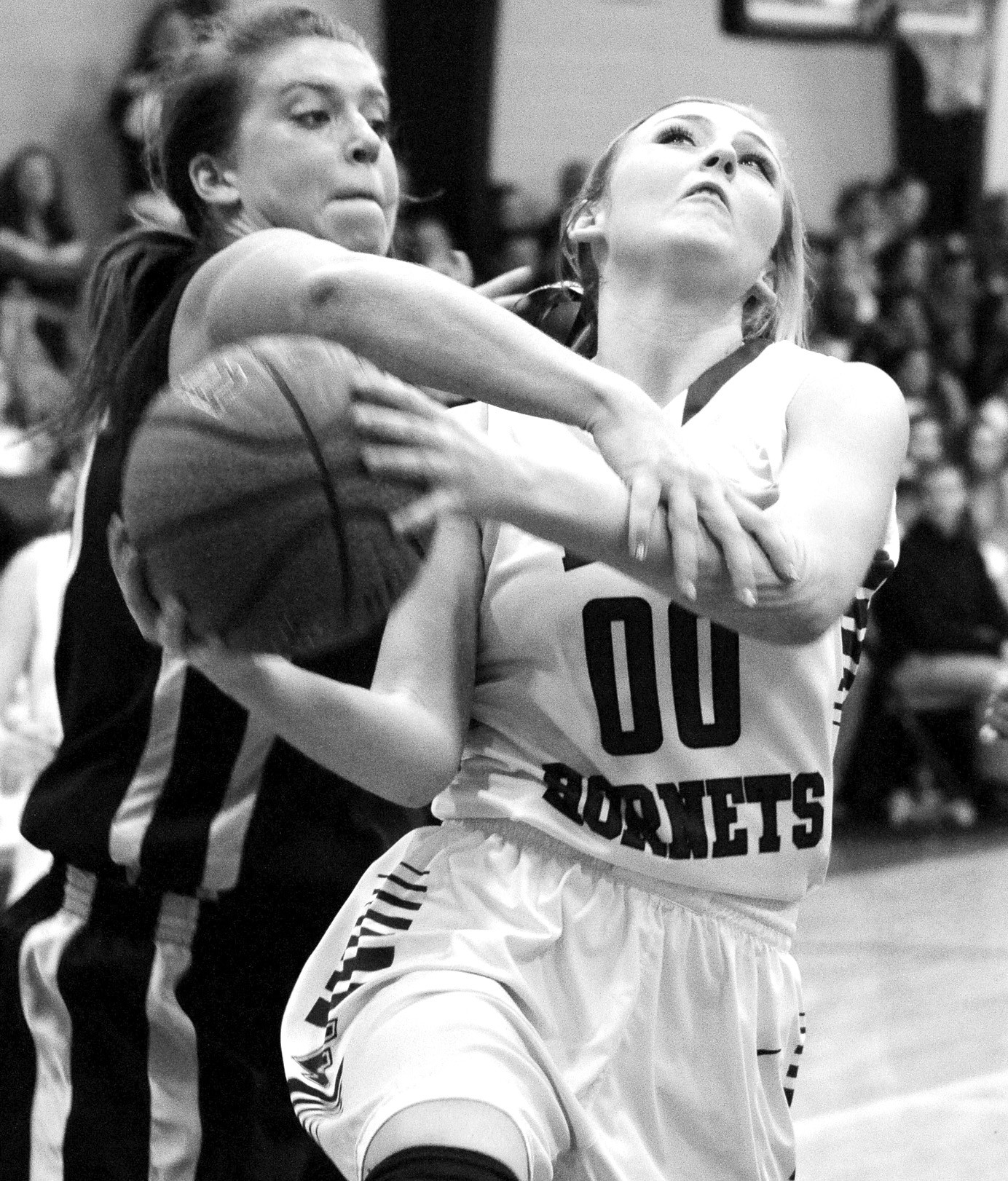 Locust Fork’s Jaime Gail Hudson draws a foul on a drive to the basket.

Top-seeded Locust Fork took care of No. J.B. Pennington 30-21 in one semifinal while No. 3 Cleveland surprised No. 2 Hayden 22-18 in the other semifinal.

In the championship game, the top-seeded Hornets dominated the first half and led 11-4. Locust Fork got the opening basket of the second half to go up 13-4 but from that point on Cleveland outscored the Hornets 18-4 to come from behind and win the title. All-Tournament Team Katelyn Harney – Southeastern; Paige Jacobs, Samantha Ortiz – J.B. Pennington; Micayla Rickles, Trinite Duke – Hayden; Shelby Green, Jayleigh Tawbush, and Kelsi Goodwin – Locust Fork; Kaitlin Lake, Lauren Lake, Mallory Thomas, and Savannah Carty (MVP) – Cleveland 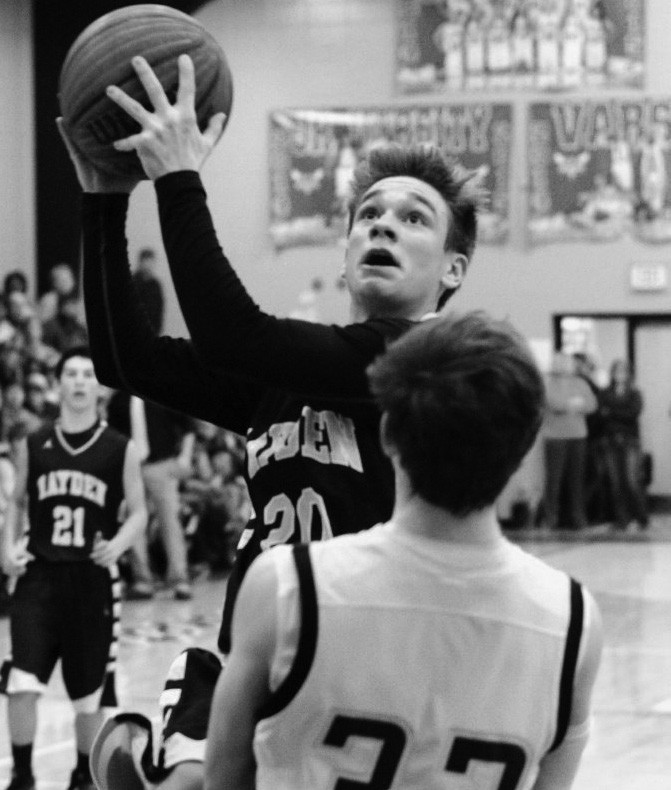 The Panthers owned the third quarter, outscoring the Tigers 17-6 in the period to take a 39-33 lead after three quarters.

The Tigers rallied in the fourth quarter, outscoring the Panthers 13-7 to force overtime.

The second period proved to be the difference as the No. 3 Lady Hornets took down the fourth-seeded Lady Wildcats.

Locust Fork led 17-10 after one quarter but outscored Hayden 14-4 in the second quarter to build a commanding 31-14 halftime lead.

Hayden got 20 points from Sharley Miller.

Cleveland controlled the pace early, leading 20-17 after one quarter. However, Hayden started knocking down shots from the outside and the Panthers went cold on their own offensive end.

Hayden led 39-28 at the half and put the game away in the third quarter, outscoring the top-seeded Panthers 11- 6 to build a 50-34 advantage.

Hayden won the game on the strength of their shooting (the Wildcats hit 10 threes and knocked down 50 percent – 14 of 28 – from two-point range) and defense (Cleveland hit just a pair of threes and shot just 29 percent overall.

The visiting Redskins hung close for a half, trailing just 38-27 after two quarters, but the 3A Warriors were too balanced on the offensive end.

Westbrook dressed 12 players and all played with 11 scoring at least three points.

Oneonta (5-17) got 13 points from Chris Roberts while Will Standridge had 10 points. Jacob Adams had 10 points and eight rebounds.

Tarrant jumped out to a big early lead before the Redskins heated up in the second half.

Trailing 43-27 after two quarters, the Redskins were able to cut the Wildcat lead to single digits on a couple of occasions in the second half. However, turnovers were a huge problem throughout – the Redskins committed 32 turnovers in the game.

The aggressive Wildcats went to the line 31 times (hitting 20) while Oneonta was just two of five from the stripe.

Tarrant (9-13) was led by Michael Sadler with 23 points and Cameron McFarland with 21.