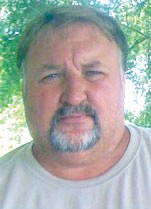 Assistant attorney general John Gibbs, representing the state of Alabama, moved that the cases be nolle prossed (dismissed), since according to his review of the record, there had been no theft. The motion was granted by Circuit Judge Steven King.

Longshore resigned as mayor of Cleveland in April 2009, later improperly rescinded the resignation and resumed the office, and was finally removed from office by court order. Owens, appointed park and street superintendent in the early days of Longshore’s administration, was removed from his position following Longshore’s forced removal.

Both men were arrested and charged last November in connection with payment to Owens by the town of a sum of money for back pay at the time he was reinstated as a Cleveland city employee in early 2009 and promoted to the job of park and street superintendent.

“It’s really refreshing to me when a public servant and a prosecutor like Mr. Gibbs actually reads the case file,” said local attorney Tom Prickett, who represented Longshore. “We said all along that no theft had occurred, and that was what the case file showed. It saved taxpayers the time and expense of an unnecessary trial.”