Cleveland comes up short at Appalachian 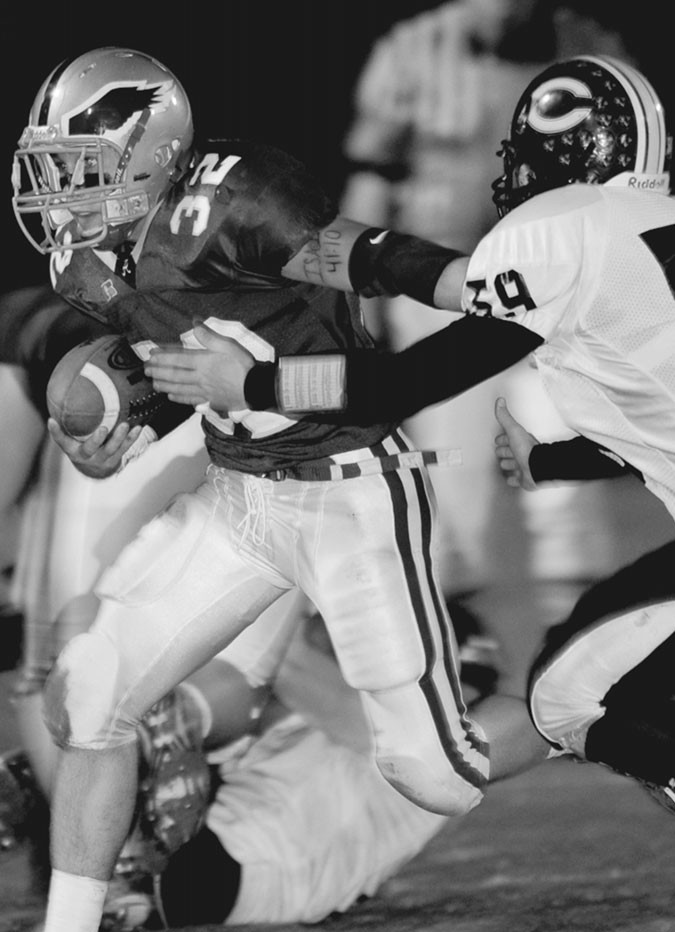 
Appalachian’s Zach Blythe scored on a 10-yard keeper on the first possession of overtime and Junior Guerra’s kick put the hosts up 28-21.

The Panthers countered on the first play of their possession with a 10-yard run by Chas Cornelius. A facemask penalty at the end of the run meant that Cleveland would have the ball inside the 2 for the extra point attempt and head coach Mark O’Bryant decided to go for the win.

The ball came loose from Panther quarterback Dusty Cornelius as he tried to hand off to power back Canaan Beavers on the try and the officials blew the play dead saying forward progress was stopped before the ball was recovered in the end zone by a Panther offensive lineman.

Cleveland coaches protested that the try was good because the ball was recovered but the officials did not agree.

The game was close throughout.

Appalachian started early as Dylan Schuman grabbed a swing pass from Jeremy Hill and bolted down the left sideline for a 56-yard touchdown less than three minutes into the game.

Cleveland responded with a short drive set up by a 55-yard kickoff return by Chas Cornelius. On a fourthdown play, Dusty Cornelius connected with Geoffrey Gammon on a 24-yard toss to tie the game, 7-7.

Two possessions later, the Eagles took advantage of a Cleveland mistake by tackling Dusty Cornelius on a punt attempt.

Schuman finished off the 35-yard drive with a 7- yard run and Guerra put the home team up 14-7 with :05 left in the first quarter.

Cleveland answered on the ensuing possession with a 76-yard drive that ended with a 1-yard run by Beavers on 4th-and-goal.

Appalachian closed out the first half with the lead and the momentum after Blythe recovered a Panther fumble and returned it to the Cleveland 18 with just :07 left in the second quarter.

Hill floated a pass to Cameron Cox for the score and Cleveland took a 21-14 lead to the break.

In the second half, the defenses took over. The first seven possession of the second half featured three fumbles (two by Appalachian), three punts, and a turnover on downs. The biggest play of the series came when the Panthers stripped Appalachian’s Tonny Strickland of the ball at the Cleveland 7 when it looked like the home team was going to ice the game.

Cleveland took over at their own 39 with 8:11 left to play, still trailing 21-14. The first play lost a yard but the next one tied the game when Dusty Cornelius hit Chas Cornelius on a slant and the junior receiver fled 62-yards for the score. Jose Gonzalez nailed his third extra point and the game was tied 21-21 with 7:19 left.

Appalachian was forced to punt and Cleveland put together a methodical drive that looked like it was destined for points. However, the Eagle defense came with a blitz and forced an interception that Jeremy Peek returned 24 yards to the Cleveland 38.

A couple of pass completions moved the Eagles into field goal range. After a Panther timeout, Guerra trotted in for a 29-yard kick and the win. However, the snap was a little high and the Panthers’ Luke Awtrey recovered the loose ball and Cleveland ran out the clock to set up the overtime.

Dusty Cornelius completed 11 of 25 passes for 188 yards with two touchdowns and two interceptions. The Eagle defense limited him to just 38 yards on 22 carries.

Chas Cornelius led the Panthers with nine carries for 46 yards and a touchdown and four receptions for 82 yards and a score.

Jeremy Hill had a great night through the air for the Eagles completing 12 of 17 passes for 165 yards and two touchdowns.

Cox caught five passes for 75 yards and a touchdown and Schuman had 61 yards on two receptions.

Schuman led the Eagle ground game with 56 yards and a touchdown on 18 carries.

Appalachian improved to 8-2 on the year while Cleveland dropped to 5-5.