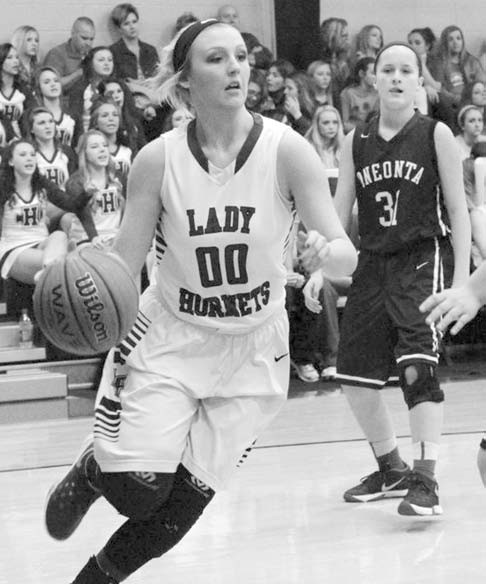 Conny Lowery’s Cleveland Panthers seemed to have righted the ship a bit and now stand at 11-5 after three impressive wins over the past week.

Last Tuesday in Blountsville, J.B. Pennington jumped on the visiting Panthers and took a 29-23 lead to the half.

The second half was a different story as Cleveland outscored the Tigers 16-7 and 19- 13 over the final two quarters to take a 58-49 victory.

Cleveland (9-5) was led by Peyton Hazelrig’s game-high 25 points while Tristan Rittenhouse chipped in 13.

Cleveland sprinted out to a 23-4 lead after one quarter and was never really threatened by a Gaston team that dropped to 1-13 overall, 0-5 in the area.

The Panthers improved to 11-5 Monday with a 74-52 win at Southeastern.

The Mustangs played the Panthers close after the first quarter but it was the opening eight minutes of the game that buried the home team.

Cleveland led 18-4 after one quarter and went on to take a 22-point win.

Cleveland got 22 points from Khalil Johnson, 12 from Micah Fallin and 10 from Desi Cozad.

The Panthers travel to Asbury Friday night and need to win to force a tie for the No. 1 seed in the area.

The Redskins turned in one of the better efforts of the season and took apart the visiting Raiders.

Oneonta smothered the visitors on the defensive end in the first half, building a 44-15 lead after two quarters.

Oneonta (8-8, 3-1) was led by Brody Moore’s 18 points, while Will Standridge had 16. Jacob Adams had nine points and nine rebounds and Chris Roberts had eight rebounds and five steals.

Kimberly Horton and Jaime Gail Hudson led the Hornets with 14 points apiece and Madison Cater chipped in 11 as every player on the Locust Fork roster scored. Hudson pulled down 12 rebounds to finish with a double-double and Cater had four steals. Boys Locust Fork 62, Oneonta 55

The Hornets wrapped up the Area 10 title but it wasn’t easy.

Brannon Smith’s team raced out to a 21- 10 lead after one quarter but the Redskins played well over the next 16 minutes and trailed 33-26 at the half and just 45-43 after three quarters.

The Hornets then put the visitors away with a 9-1 run midway through the final quarter.

Oneonta (8-9 overall, 3-2 in 4A Area 10) got a big night from Brody Moore, who finished with 25 points. Jaden Kent and Chris Roberts had eight points each. Jacob Adams had eight points, 13 rebounds and seven assists.