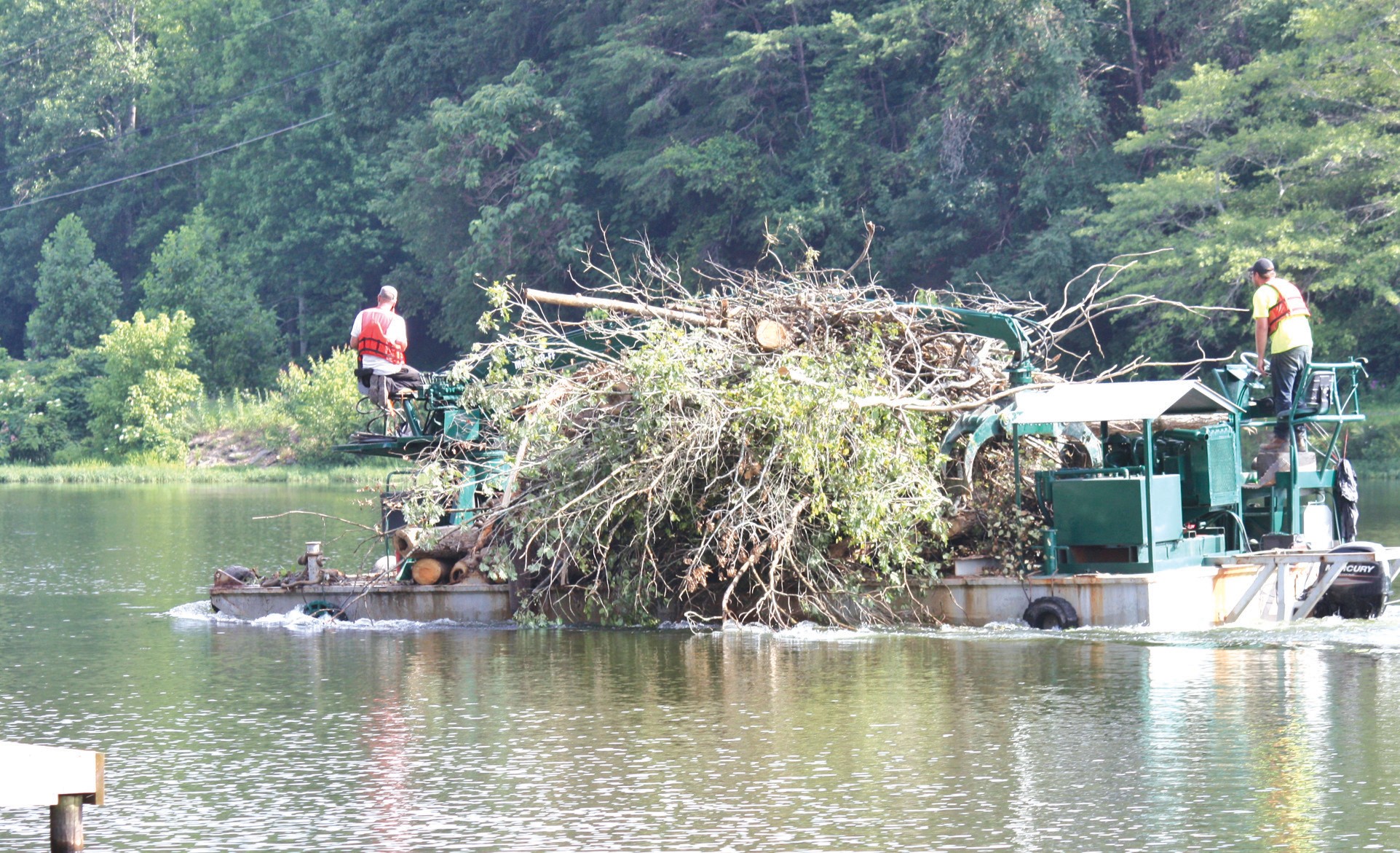 Employees for debris-removal contractor Crowder/Gulf go fishing near the shoreline from their boom barge for sunken limbs and tree debris from the April 28 night of tornadoes that decimated the Highland Lake area, along with much of Straight Mountain. As of noon Tuesday, they had removed several truckloads totaling 177 cubic yards of debris from the lake, more than scratching the surface (so to speak) of the job, but with much still remaining to be done. They’ll be on the water until some time after July 4 – maybe several days or more after – according to EMA director Don Roybal. Object is to make the lake safe again for fishing, boating, and other recreational uses. Officials ask that, in the interests of safety, you don’t go out to watch the process. It’s dangerous for bystanders and workers alike. Stay away and stay safe. – Ron Gholson