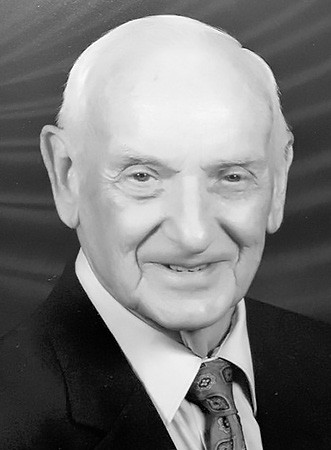 Clayton was born April 23, 1936, on the family farm in the Damascus community of Escambia County. Upon graduation from WS Neal High School, he promptly enlisted with the U.S. Air Force and served a four-year tour of duty. After his tour, he attended Alabama Christian College where he met his wife, Rhea. He graduated from Auburn University with bachelor’s and master’s degrees. Upon his graduation from Auburn, he was employed with the Auburn University Extension Service and worked in Washington and Dallas counties before his employment as county agent coordinator in Blount County for 14 years. Clayton was very involved with 4-H clubs, the Alabama Cattlemen’s Association, and Civitans.

He enjoyed raising beef cattle, planting a huge garden each year (which he enjoyed sharing with family and friends), fishing, and spending time with his family, particularly grandchildren and great-grandchildren. His most treasured role was that of an elder at Cleveland Church of Christ for 40 years. He loved the Lord and was a great Christian example.

In 2017, Clayton married Ione Earwood Hoomes. The two have had a wonderful marriage and have been inseparable. Clayton’s extended family included Keith, Sherry (Earwood), Cory, Grayson, and Mattie Dunn and Kim Earwood. Both their families have embraced their union and appreciate the time they had together and the happiness they brought each other.