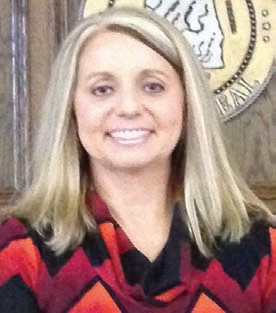 Cindy Massey has been appointed circuit clerk by Circuit Judge Steven King. She will fill the unexpired term of current Circuit Clerk Mike Criswell, who resigned effective the end of November. The term for the elective position runs until January 2019.

Massey has served as secretary to the circuit judge since 2006. Before that she worked as a clerk in the circuit clerk’s office from 2001 to 2006. She worked for attorney Bob Bentley as a legal secretary from 1991 to 2001.

She holds an associate’s degree in applied science and paralegal from Wallace State. She is a 1990 graduate of Susan Moore High School.