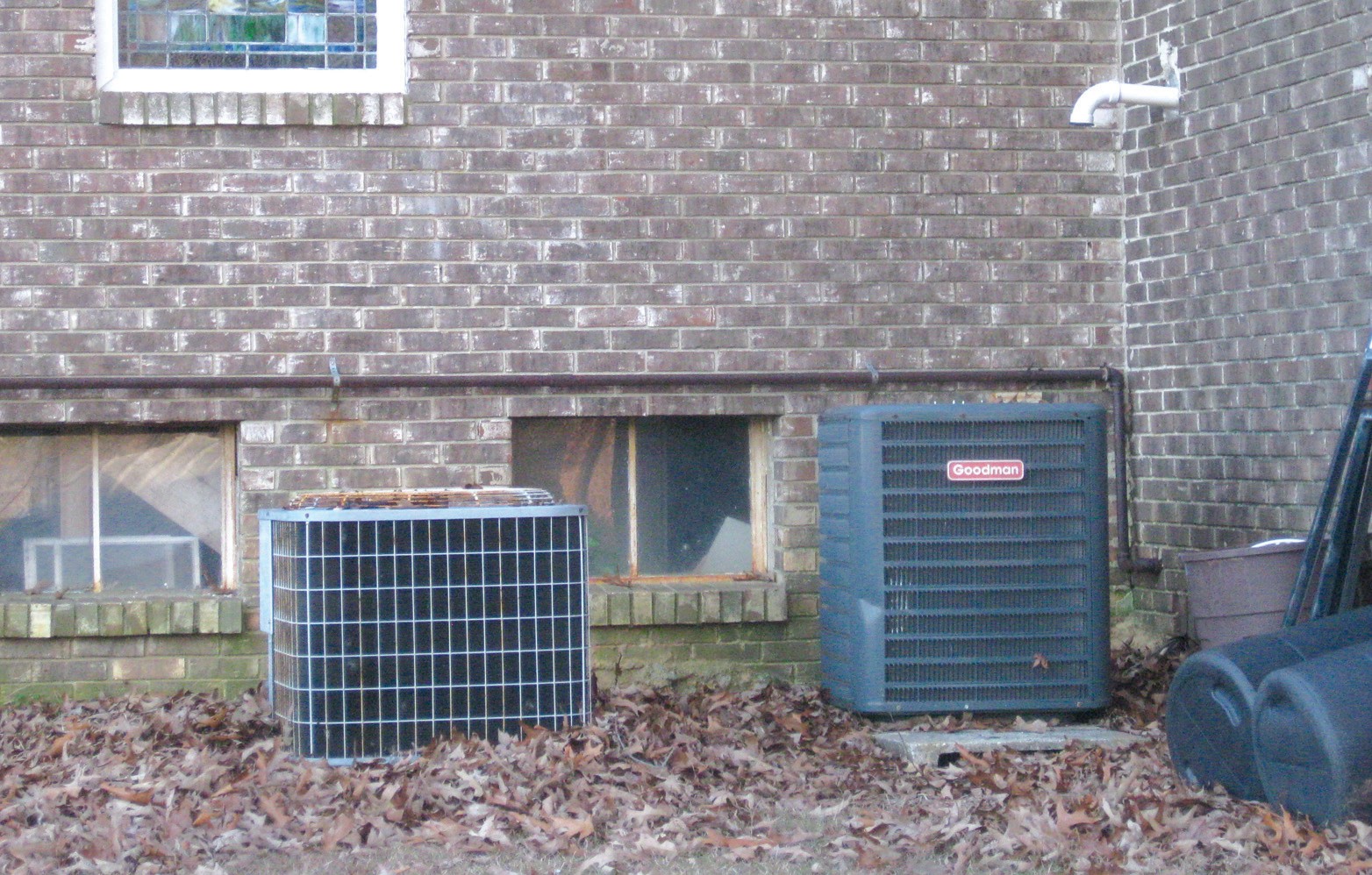 Air conditioning units like these, installed at rural churches in out-of-the-way locations without fencing or enclosures for protection from theft, are like ‘giving coyotes a free meal,’ according to a local insurance agent.

Church property committees: its time to consider the possible need for defensive action to protect one of your valuable assets – your church’s air conditioning unit.

Thieves have recently hit as many as half-a-dozen rural churches in Blount County – perhaps others that have not been reported. They often vandalize the units on the spot for the copper which, if processed correctly, will fetch $250 and up with scrap metal dealers.

On a couple of occasions – at Corinth Baptist Church on Skyball Road and at Gibbs Chapel Methodist in Susan Moore – hookups were cut and entire units were stolen. In one case, the stolen air conditioner was a brand new $4,500 unit installed after the April tornadoes.

Other churches that have been hit recently according to reports include Welcome Baptist on Hamilton Mountain Road, Cleveland First Baptist, Fowler Springs Baptist, and Antioch Baptist Church on Ala 79.

Insurance agent Dennis Beavers of Blountsville commented on the burglaries: “This is an expensive theft for local church congregations. Leaving those units out there, often in an out-of-the-way place and completely unprotected, is like giving coyotes a free meal. Everyone who attends a country church needs to consider that they might need to build a chain link fence or enclosure around the air conditioning units to keep them from being such an easy target.” Beavers added that if the units were made more inconvenient to vandalize, thieves might be discouraged from making the attempt.

Another possible defensive measure would be to install lighting to make sure that any attempt to steal or vandalize the air conditioning unit could be easily seen by people driving past the church. The lighting itself might make the unit less of a target even if the unit is out of sight of the road. Church members should be put on alert to immediately report any suspicious activity on or near church grounds.

“We have some leads we’re working on,” said Larry Dabbs, captain and investigators with the Blount County Sheriff’s Department. “We take it seriously when churches are getting vandalized – well, we take it seriously in any case – but we’ll continue working these leads until we catch these guys and put a stop to this.”