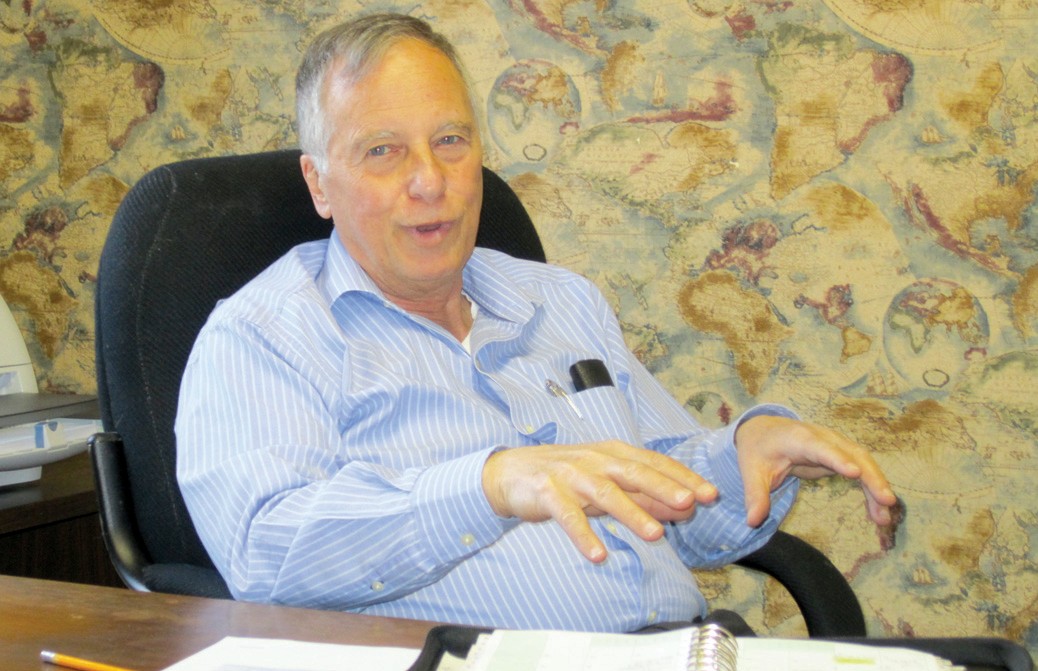 The piano beckons as Jerry Renno contemplates his retirement dream of becoming a jazz pianist. Here, Renno demonstrates how his jazz instructor has him working on augmented, diminished, and half-diminished chords in the left hand as a precurser to the really hard work that will come later as he must translate those chord sounds into a tapestry of individual notes in the right hand to form the melody. Besides he’s tired of the two-hour-plus round trip commute to and from Hoover.

Jerry Renno, executive director of the Children’s Center in Oneonta, has announced he will retire from the position he has held for the last 15 years, effective the end of September.

Renno said the plan is to advertise for his replacement into March, interview candidates during April, and be ready to recommend a candidate to the board by the end of April for a hire around the first of July. That would allow the new director to work with Renno through the summer before his retirement in the fall.

Renno said several factors figure into his decision to retire now. He said he will be 66 this year and can retire with full Social Security benefits.

“My wife will also have her Social Security, and between the two of us we think we can make it or almost make it on Social Security. If not, I can always pick up something part time to help out,” he said.

Renno said that in addition to pursuing his jazz piano dream, he will also have time to revisit his earlier interest in photography. In addition, he said he will still be healthy enough to travel if they should decide to do so.

Renno graduated from the University of Alabama in 1972 with a master’s degree in social work. He also holds a B. A. in philosophy from St. Mary’s College in Kentucky.

He began his career in social services working as director of the R.S.V.P. Positive Maturity program in Birmingham, later working for Jefferson/ Blount/St. Clair Mental Health and as executive director for the Association for Retarded Citizens (ARC) in Jefferson County.

His resume includes stints as a distribution-center manager for Pizitz, a loan officer for a mortgage company, and a self-employed real estate developer before returning to his abiding interest in helping others through social service agencies.

Renno’s work as an effective, tireless, and unfailingly good-humored advocate has set a standard for social services management in the county to which his successor can well aspire.