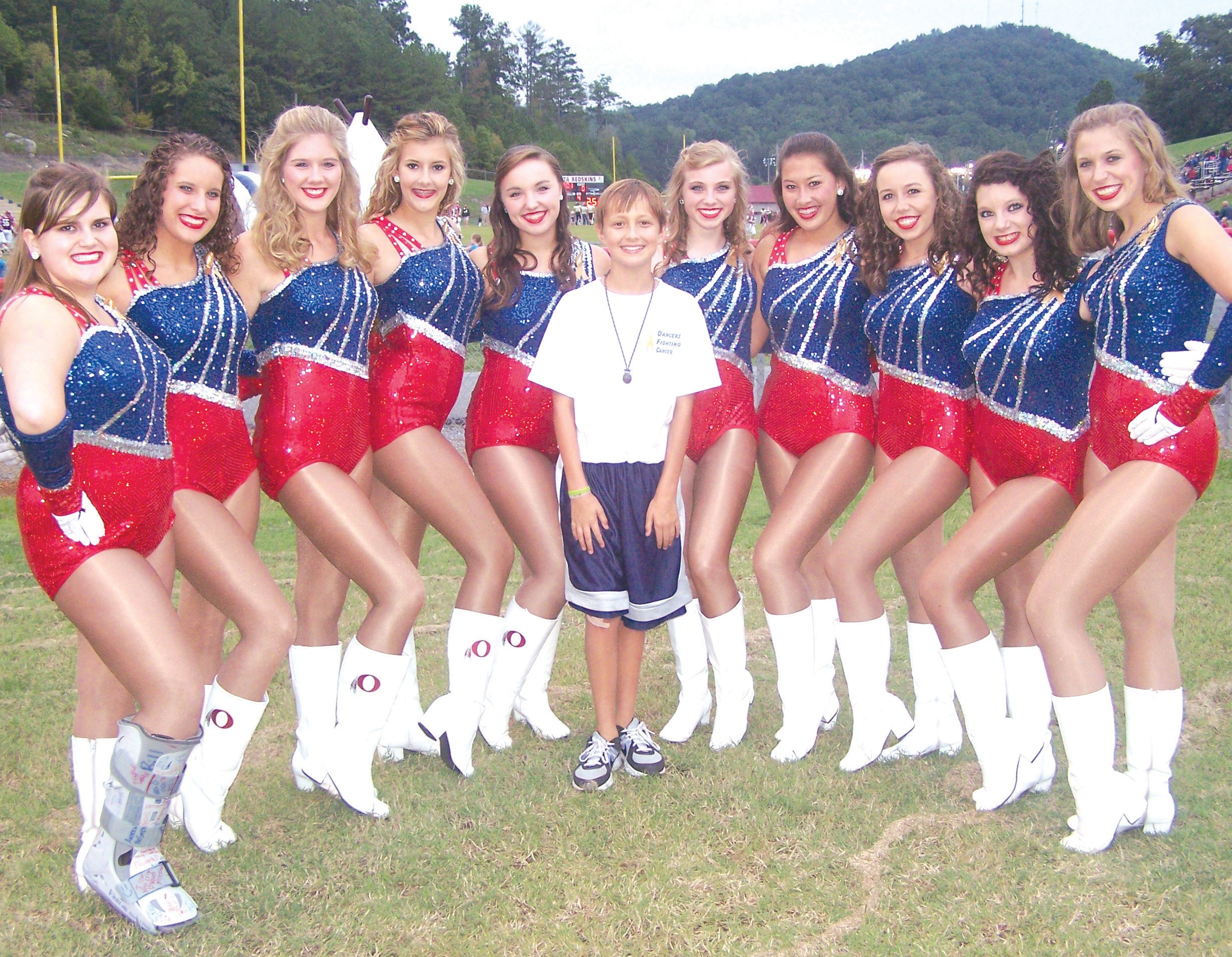 “The Oneonta Redskin Marching Band is wearing gold ribbons tonight as part of Childhood Cancer Awareness Month. They do this to honor those young warriors who are battling cancer now and to remember those who have passed.”

And how did this come about?

Oneonta High band member Emily O’Rear is a dancer at Miss Kelley’s Studio in Trussville, where she met young cancer survivor Alex Swader. Alex was diagnosed with cancer when he was only 8, and when he went into remission, he founded Dancers Fighting Cancer, an organization that works to raise both awareness of childhood cancer and funds for cancer-treatment research at Children’s Hospital in Birmingham. As Miss Chattahoochee Valley’s Outstanding Teen 2012, Emily has adopted this organization as her platform. 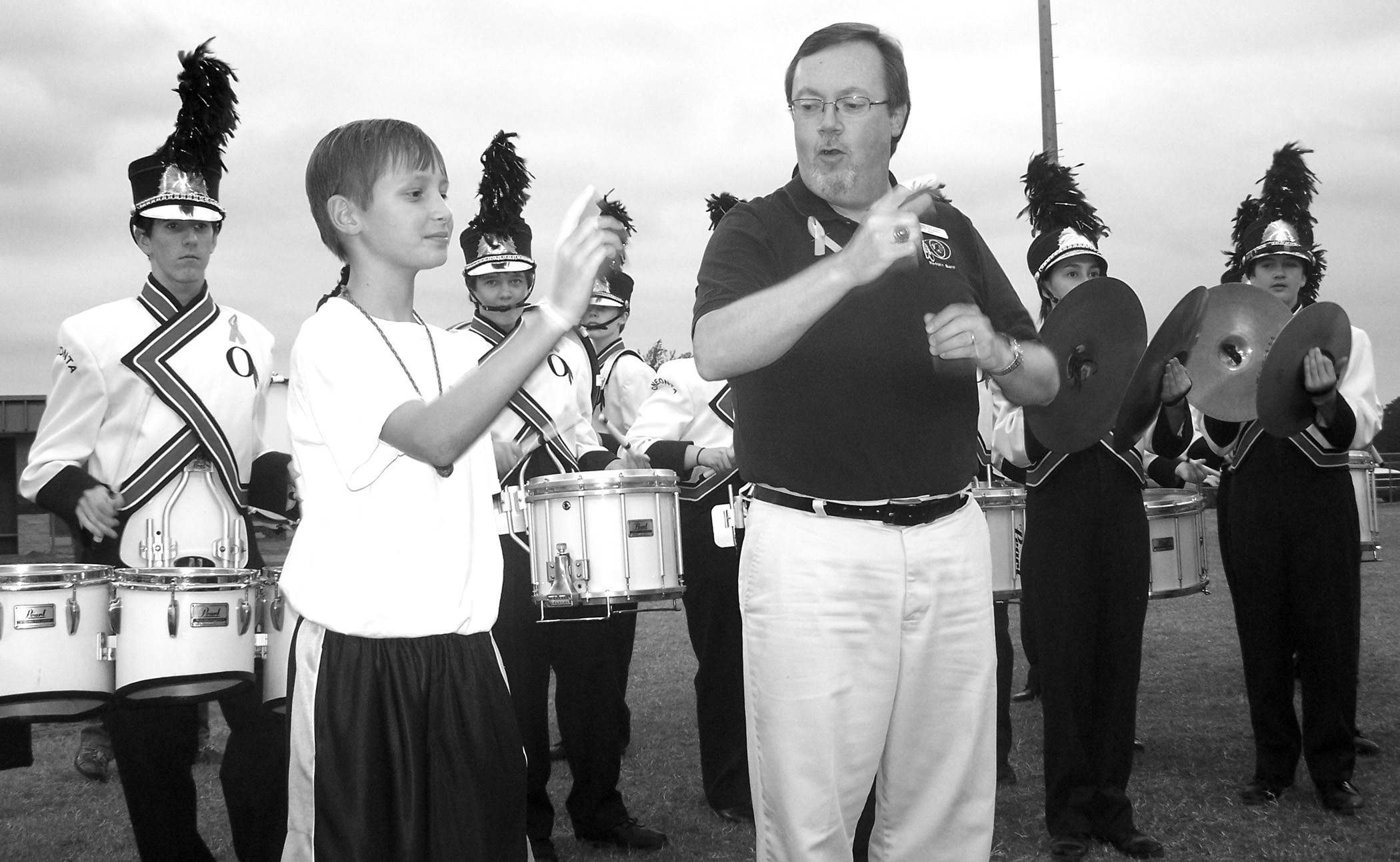 She asked band director Bearden if the Oneonta Redskin Marching Band could wear gold ribbons on their uniforms during a game in September, which is Childhood Cancer Awareness Month.

The director was enthusiastic about the idea, and his students proudly wore the gold ribbons. So enthusiastic about his cause were the musicians that Alex asked to meet them before the game, and so he did. They are all wishing him much success with his third annual Tapping Out Childhood Cancer Gala to be held Sunday in Birmingham. Among performers will be Emily O’Rear and her dance troupe, Miss Alabama 2012, Miss Alabama 2011, Fabian Sanchez of Dancing with the Stars, and Rob and Jannine of 96.5.