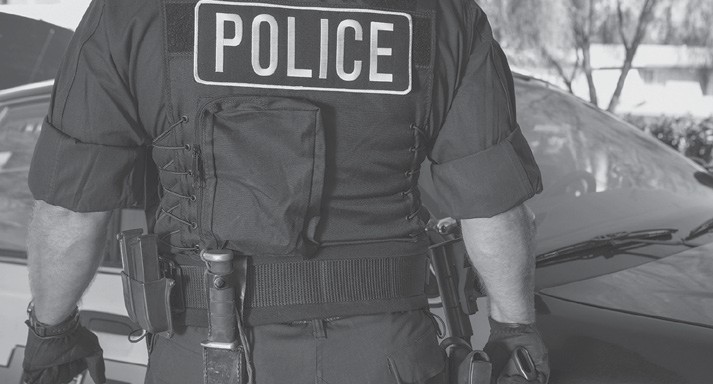 As 2021 comes to a close and 2022 begins, there are continued concerns that local law enforcement deal with on a daily basis. The Blount Countian reached out to Oneonta Police Chief Charles Clifton and Blount County Sheriff Mark Moon for some tips on staying safe, not being a victim of crime, and helping take crime off the streets.

Both Clifton and Moon voiced the same concerns. Scams, distracted driving, and not reporting suspicious activity were three things they noted as happening consistently. Although they try to deter as much crime as possible, they need help from the public.

Scams are rampant. Citizens are being called, emailed, or sent text messages that appear to be legitimate; yet, they are causing havoc within the community. Senior citizens are especially targeted. It is not uncommon for an electronic transaction to be sent asking a person to go to the store, buy gift cards, and send them to a given address, or the transaction states that, if money is not sent immediately, a person’s Social Security number will be suspended or they will be arrested.

Because these scams seem so realistic, people get scared and make decisions that ultimately can lead to them losing large sums of money. Clifton and Moon both stressed that no law enforcement agency will ever call your house or send an electronic transaction stating you will be arrested if you do not comply with the request.

If you are unsure what to do, call your local law enforcement agency and inform them of the request. They will not only be able to help identify if it is indeed a scam, but they will have documentation of the situation and put it on their radar of concerns. Your one call may not only protect you from being scammed, it may also keep others from encountering the same situation. Distracted driving

Both also noted that distracted driving continues to soar and the after effects can be devastating. Just taking your eyes off the road for a few seconds can lead to severe injury or death of the driver or other people. Just remember that answering a phone call, texting, or even changing the radio station is a distraction and not worth the consequences that can happen. See something, say something

Over the past few months, crimes have been witnessed by people who have failed to report suspicious activity. Video tapes reveal traffic going by when cars and trucks are being driven across the grass and over the sidewalk from car dealerships. Clifton said that it appears people are consumed in their own situation, have tunnel vision, and are not taking notice of their surroundings. He encourages anyone who suspects anything suspicious or out of the ordinary to contact Blount County 911 for an officer to be dispatched and check out the situation.

Moon concurs and encourages citizens to call 911 if they feel something is out of the ordinary. Activities such as abnormal traffic in and out of a neighborhood, seeing a car weave back and forth across lanes, or hearing neighbors fighting can be a cause for concern and needs to be reported. The sheriff’s office may already be aware of the concern, but many times it is not known and they can keep an eye on the situation.

Moon also asked that when there is a concern to first call 911 and report the problem. There have been several times that people will text him directly. This is not the proper way to report a concern or emergency. He may not be able to look at the text or take a call immediately. Call 911 first, and if you still feel the need to reach out to him directly, do so after reporting the situation.

Both Moon and Clifton take crime seriously. They are working hard to keep adequate resources in place to keep Blount County and its citizens safe. They love this county and appreciate citizens keeping a watchful eye for any suspicious activity.