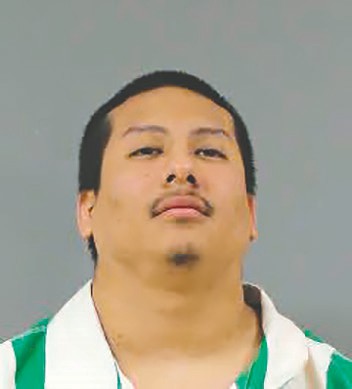 On Thursday evening, March 18, convicted Blount County murderer Leo Chavez, who was being housed at the Cullman County Detention Center, escaped with three other inmates from the facility.Within three minutes, a Cullman County citizen notified the local 911 office of seeing the escapees leaving the facility.

A 360-degree manhunt was immediately implemented that involved more than 80 law enforcement officers, including Blount County Sheriff deputies and investigators. The Specialized Response Team and two K-9 units were also actively involved in the manhunt. Blount County Sheriff Mark Moon also confirmed a drone was brought in to aid in the search for the escapees.

Within a short period of time, two of the inmates, Tyler Dooley and Justin Long, were captured, but two remained on the loose, including Chavez. Tensions were high among Blount and Cullman County communities as the search continued.

As the manhunt continued into the night, a third escapee, Robert Peak, was captured after a highspeed chase that began in Blount County ended on U.S. 278 near Berlin in Cullman County.

According to Moon, after escaping, Peak had broken into a home and obtained money, a gun, clothes, shoes, and a Corvette that was discovered midday Friday in a ravine near Brooksville.Peak then stole a flat-bed dually truck with a trailer belonging to Lane Pettit.

A Pettit family member heard the 1 a.m. commotion and knew that Lane would not be moving cows at that time of the morning and called police. After driving through a fence at Glenda Pettit’s home, Peak tried to elude police while traveling down U.S. 278 into Cullman County. He was captured after law enforcement used spike strips to disable the vehicle.

Several reports of possible Chavez sightings in Blount County were received during the manhunt. Moon said officers worked diligently to check out any leads, but at this time, it is not believed that Chavez returned to Blount County during his escape.

Late Friday evening, Chavez was taken into custody after Hanceville resident Lawrence Baker saw Chavez walking down his driveway. Baker got his pistol, approached Chavez, and asked him if he was the person everyone was looking for. Chavez acknowledged he was. The homeowner told him to get on the ground and held him at gunpoint until Hanceville officers arrived.

Officer Zach Hightower was the first on the scene. Chavez told him, “He was just ready to go back to jail.” Both Gentry and Moon credited Baker with being a responsible gun owner and for taking Chavez into custody. “I don’t think Mr. Chavez would have been as willing to get down if it wasn’t for that .45,” said Moon at a press conference Saturday.

Chavez was returned to the Blount County Detention Center and held until being transferred to the Alabama Department of Corrections early Tuesday morning. Blount County currently has more than 15 other inmates awaiting transfer to DOC.

According to Moon, the other three inmates did not include Chavez in their escape plans. He simply was at the right place at the right time and took advantage of the situation. Once free, Chavez went one way and the other three took a different path. When captured, it was evident that Chavez did not have a viable plan once he escaped. He had nowhere to go, no way to contact anyone, and no one to help him.

Chavez was booked into the Blount County Correction Facility at 8:58 p.m. under no bond.

Moon said he is very thankful for all law enforcement help in the capture of Chavez. Everyone immediately came together, took instructions, and followed through with the search. Moon is also grateful for the community’s support. Even though reported sightings of Chavez being in Blount County did not pan out, he is thankful that the community was eager to help law enforcement in a time of need.

While there are many agencies that took part in the search and capture of Chavez, Moon is especially grateful for Snead Police Department (who was crucial in the apprehension of Peak), Oneonta Police Department, Cullman County law enforcement agencies, and Blount County officers. At one point, Moon said there were two shifts of correction officers working to help fill in the perimeter being searched. He also thanked the Special Response Team (SRT) for their due diligence in the search.

Moon said when he got the initial call from Sheriff Gentry that Chavez had escaped, he activated the SRT unit and one of the members beat him to Cullman County. The SRT was implemented in Blount County approximately two years ago. It consists of officers who want to help make the community an even better place.

There is no money designated in the budget for SRT pay and anyone in the unit understands that they will get no money for their SRT duty. They will instead be afforded comp time for any time they are on duty. The unit has been fortunate to have received previous grants to purchase necessary equipment and Brinks donated a truck for a SRT emergency response vehicle.

Thankfully this crisis ended peacefully, and no one was injured in the capture of Chavez. Without the help of many law enforcement agencies and concerned citizens, it could have easily taken a different direction.