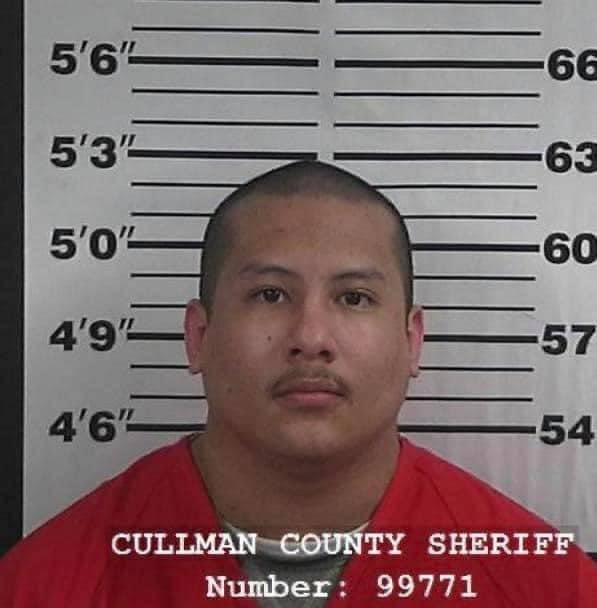 Around 7 p.m. Friday evening, the Blount County Sheriff’s Office announced  that convicted murderer Leo Chavez was back in custody almost 24 hours after he and three other inmates escaped from the Cullman County Detention Center. Hanceville officers apprehended Chavez after a local homeowner held the escapee at gunpoint until officers arrived.

In January, Chavez received two consecutive life sentences, plus 10 years, for the murder of his mother and father in Blounty County. He was convicted on three counts of capital murder for the deaths of Adalberta Chavez Ruis and Ricardo Santiago Gonzalez, as well as two counts of abuse of a corpse and theft of property, on March 16, 2020.

The Cullman County Detention Center was holding Chavez for Blount County as he awaited transfer to state prison.

According to information provided by Cullman County Sheriff Matt Gentry, the inmates were able to escape through an air vent beside the showers.  They then made their way through the building and kicked in an area where a brick and metal wall joined together.  This allowed them to jump from the second floor and escape.  One of the escapees broke his foot from the jump.

Within three minutes of their escape, Cullman County 911 received a call when a citizen noticed the escaped inmates.  A manhunt was immediately implemented in a 360-degree radius.  More than 80 law enforcement officers, including Blount County Sheriff deputies and investigators, the SRT team, and two K-9 units were actively involved in the manhunt.  Blount County Sheriff Mark Moon also confirmed a drone was brought in to aid in searching for the escapees.

Within a short period of time two of the inmates, Tyler Dooley and Justin Long, were captured. As the manhunt ensued into the night, a third escapee, Robert Peak, was captured after a high-speed chase that began in Blount County ended on 278 near Berlin in Cullman County.

Any additional information will be made available as it becomes available.