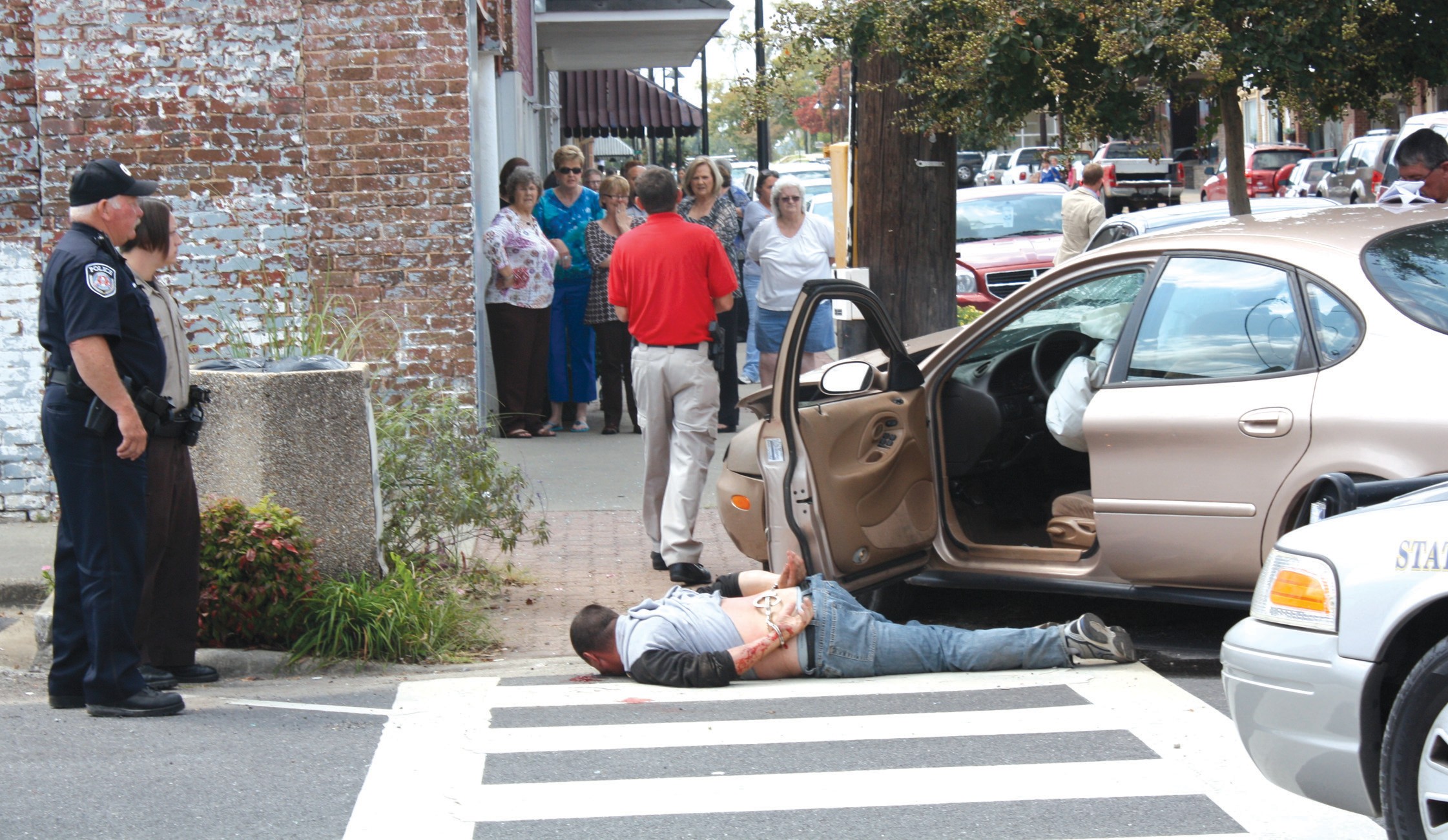 A police chase that began in Rosa ended in dowtown Oneonta after the suspect hit another vehicle and crashed into a power pole.

After a chase from Rosa to Oneonta, the man crashed into a power pole next to Downtown Diner on Main Street during lunchtime, according to Lt. Steve Gunn of the Oneonta Police Department.

Gunn said the man was attempting to break into a house in Rosa, but the residence was occupied and the suspect fled from the scene. The resident immediately called police offering a detailed description of the intruder and his vehicle. A “be on the lookout” or “BOLO” was issued for the suspect’s car.

Upon receiving the notice, State Trooper Phillip Greene saw the described vehicle on Ala 231 coming into Oneonta and attempted to pull it over. The driver didn’t stop and a pursuit began just south of Easley Bridge Road.

Four Oneonta units responded to the pursuit. Gunn and officer Anthony Brewer deployed spike strips on the intersection of 4th Avenue and 5th Street, but the man managed to avoid the strips by driving off the road. However, officers assume when driving off road the vehicle hit something because the car’s tires flattened.

The man then turned down 1st Avenue, but at the intersection of 1st Avenue and 3rd Street he struck a vehicle, injuring the driver, before he slamming into a power pole.

Both drivers were taken by ambulance to UAB Hospital. He suffered a laceration to the top of his head and the other driver suffered some bruises, but she has been released from the hospital, according to one of her co-workers.

The current whereabouts of the man have not been verified, but Trooper Curtis Summerville, public information officer for the Alabama Department of Public Safety, said the suspect had no holds on him at that time, and he left the hospital. The suspect has now been charged with attempting to elude and assault 2nd degree.