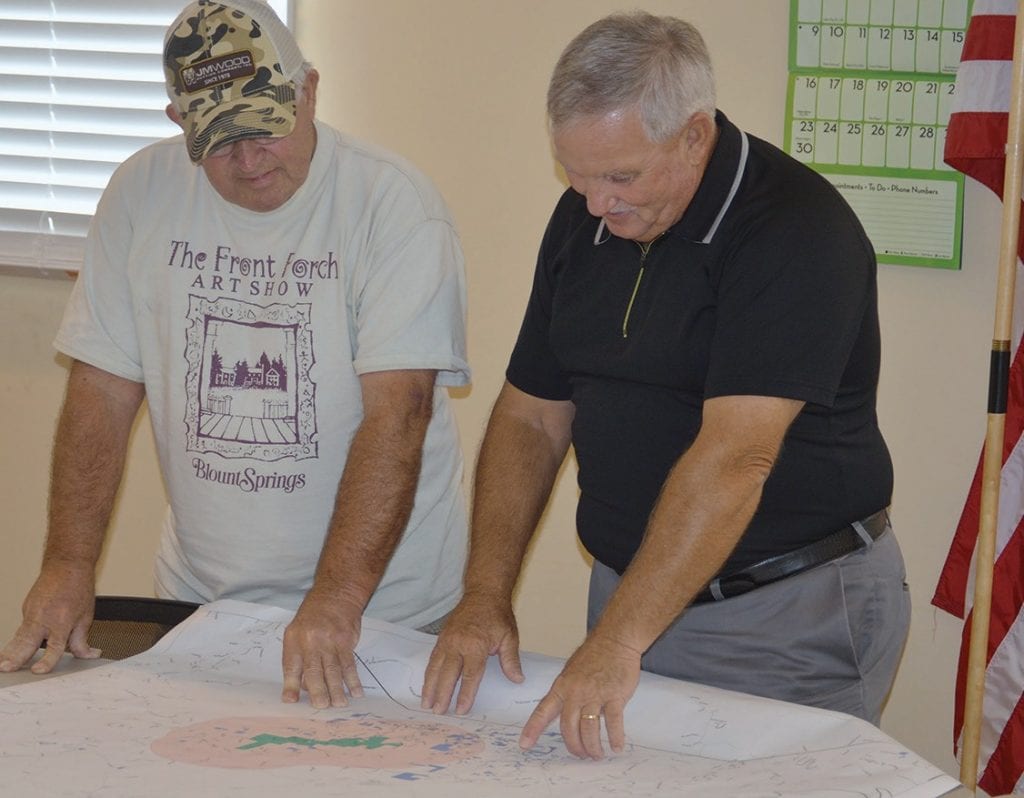 The town council of Hayden voted Sept. 25 to organize and start its first police department. At that same meeting, the council voted to hire James Chapman as the first chief. Chapman was the long-time police chief of Oneonta and the runner-up in the recent Republican Blount County sheriff primary election.

Starting up the department has been discussed for almost two years, according to Mayor Larry Armstrong. He said the town has brought in many new businesses and more revenue making it possible to afford a police department. Armstrong said he and the members of the council believe the residents and businesses in town deserve the best public services the town can afford.

Armstrong said hiring Chapman just made sense because of his experience, both on the street as an officer and as an administrator. Chapman began his career in law enforcement in 1979 as a jailer and dispatcher at the Marshall County Sheriff’s Office. In 1980 he went to work for Boaz Police Department where he rose to the rank of captain. In 1985 he was hired by Oneonta Police Department where he started the department’s first investigative unit. Twelve years later, in 1997, Chapman took over as chief when Dave Odom asked to step down to assistant chief voluntarily for personal reasons. Chapman remained chief until he retired in 2016.

Building a department from scratch is a daunting task, Chapman admitted, as he ticked off just the beginning of a very large to-do list, which includes things like finding space in town hall for an office, files, and an evidence room, getting the necessary identification certificates from the state, working on procedures for future officers, deciding on uniforms, purchasing equipment, and the list goes on. One of the more complicated problems to solve will require working with Blount County 911 to start the process of changing the CAD (computer assisted dispatcher) system to identify Hayden addresses. It’s not as easy as one would first think. All towns have a specific border, which is the town’s limits. In Alabama, a police jurisdiction for a town under 6,000 in population extends one and a half miles beyond the town limits. Again, easy to plot out on a map. The difficulty is that Hayden has annexed quite a number of businesses and other properties that are outside the police jurisdiction. They are isolated, standalone bits of the town. Chapman is not fazed, vowing those properties will be patrolled and calls for service will be responded to.

When asked why he would take on this job, Chapman modestly said, “I have a lot of knowledge about how to police and how to run a department. I don’t just want to sit at home when I could be sharing this knowledge.”

Armstrong and Chapman hope to put their first officer on the street on Jan. 1, 2019. They will start by hiring part-time officers who are already certified by the Alabama Police Officer Standards and Training Commission and working for other agencies. They both agree that, at least for the foreseeable future, they will not be able to have 24-hour coverage, but will work two shifts, although the exact hours have not been worked out yet.

Chapman’s first day on the job was Monday, but he will not be officially sworn in as chief until the next council meeting on Oct. 9 at 7 p.m.