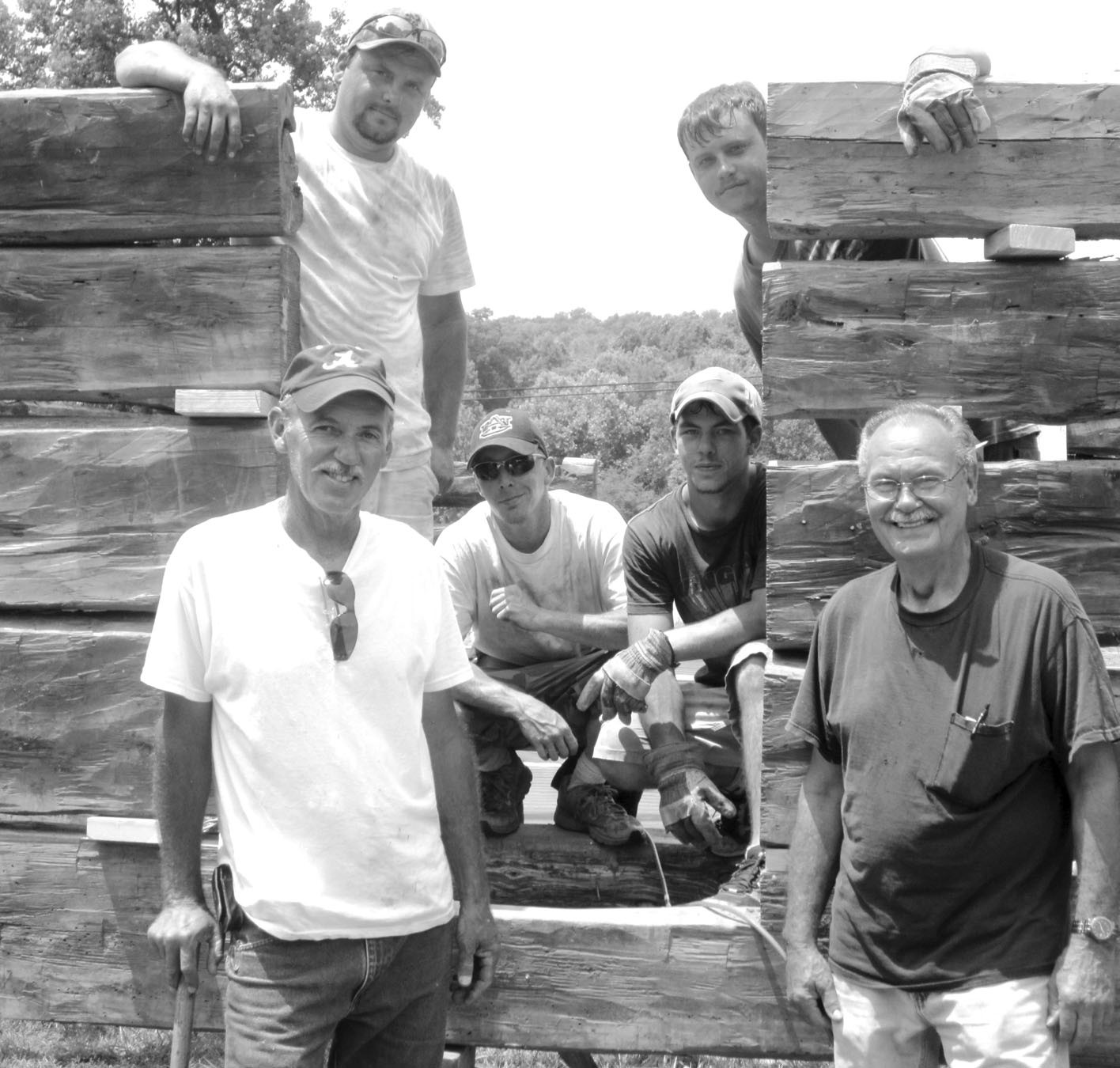 One of the county’s oldest houses, dating to the time the county was first settled, has been moved from its original site off Skyball Road and reconstructed in Blountsville Historical park. The crew shown above is handling the job. From left in front are Ken Wilson of Ken Wilson Construction, Blountsville, hired to supervise the removal and reconstruction, and Eddy Doty, husband of Claire Doty of Cleveland. Mrs. Doty negotiated with Mrs. Ed Hart, who owns the property where the cabin sat, to donate the building to the Blountsville Historical Society, according to former society president Jeff Thompson.

Allen Gilliland, owner of Spring Valley Beach, paid the costs of taking the cabin apart and moving it to the park site. The historical society will pay the costs of reassembling it.

Known as the Chamblee log cabin, it was built shortly after two Chamblee brothers, Robert and Isham, migrated here from Wake County, North Carolina in 1817. Dates for construction of the Isham Chamblee cabin range from 1818 to the early 1820s. It was built of cedar logs, hewn about 12 inches wide and 6 inches thick. You can still smell the cedar after 190-odd years, though it’s not as strong as freshly-hewn. The original building consisted of one large room with a loft above, and a full covered front porch.