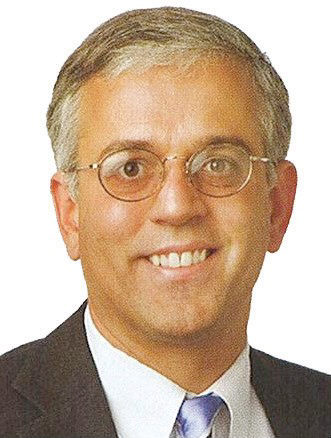 Birmingham economist John B. Norris V has some definite ideas about the current economic downturn and some specific advice to President-elect Barack Obama about what he should not do to turn it around.


“In a time like this, it’s not a good idea to raise taxes when you are trying to encourage people to spend more money to stimulate the economy,” Norris said last week in an interview with The Birmingham News. Norris hopes Obama’s economic advisers will persuade him to postpone tax increases on capital gains and on the wealthy in general, while the economy continues to trend downward with no relief in sight.

Norris will address the county-city chamber of commerce breakfast on Wednesday, Nov 19 at 7:30 at Twin Oaks at Heritage . Norris is director of wealth management at Birmingham’s Oakworth Capital Bank and a guest columnist for The Montgomery Advertiser’s business section.

Summarizing his view of the current economic situation, Norris said that “the U.S. economy is in rough shape, but its troubles do not rival those of the Great Depression.”

He expects the year’s final three months to bring a sharp slump in the economy, one worse that the 0.3 percent drop on gross domestic product recorded in the third quarter. “President-elect Barack Obama inherits economic challenges, including rising unemployment and a financial crisis that has been described as the worst since the 1930s. That will take time to overcome,” he said.

He expects consumer spending, which drives the economy, to falter even more during the holiday season. Another problem that compounds the financial crisis is that households are overburdened and now have less money to save than in the past, he said, with savings rates dropping from 10 percent in 1980 to 0.2 percent in the first quarter of 2008.

“The problem from the 1990s until this year was that a lot of money was lent to those with questionable credit. We have now returned to more historic trends. Boosting consumer spending will be difficult because many financial institutions are hesitant to make loans,” Norris said.

Other area economists have commented that conditions could become far worse than the relatively mild recessions of the last half century, deteriorating to a level unfamiliar to any except those who lived through the Great Depression. Those conditions could include lowered thermostats, meatless dinners, and double-digit unemployment.

“I’m not saying we are going to have another depression,” chief economist Bob Allsbrook of Regions Bank told The Birmingham News, “but the 1930s are the last comparable point in economic history.”

“John Norris will bring an expert point of view to the analysis of falling indicators, the credit crisis, the financial meltdown on Wall Street, and what it all means for Main Street,” said chamber of commerce president Charles Carr. “Following his talk, he will take questions from the audience on local concerns and implications, and I know local business people will want to take advantage of that.”

The program is sponsored by New Beacon Hospice, the first Medicare-certified hospice agency in Alabama.