Census Bureau ramping up for 2020 Census 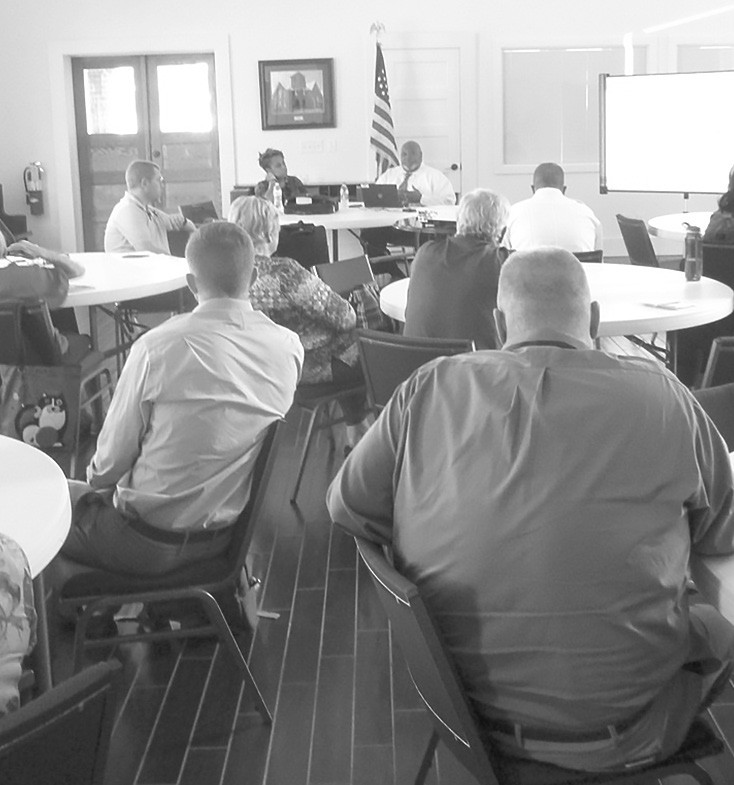 County and municipal leaders along with various agency representatives met with Census Bureau workers last week for an informational session on organizing the local community to support the 2020 census beginning. The Census Bureau asks for citizens to make themselves available for government/community partnerships called Complete Count Committees to spread awareness about and good will toward cooperating with the census in hard-to-reach communities.

Officials for the 2020 Census met last week with potential Oneonta volunteers to begin preparations for the once-every-10 years count of U. S. population. Below is a summary of salient facts about the 2020 Census for citizens.

Timing: During March 2020, all households will receive an invitation to participate in the U.S. 2020 census.

• number of people living or staying in the household

• whether home is owned or rented

• sex of each person in the household

• age of each person in the household

• race of each person in the household

• whether any person is of Hispanic, Latino, or Spanish origin

• relationship of each person to each other

• to determine how many U. S. representatives each state has; Alabama, along with seven other states, stands to lose one U.S. representative if the census count is not exceptionally robust; other states like Texas, Florida, North Carolina, and others are likely to gain one or more seats.

• to determine the number of electoral votes each state will have in elections from 2022 to 2030. (2020 Census Bureau apportionment results are not delivered to the President until December, 2020.)

• to determine where to locate facilities (by businesses) that will provide employment opportunities; by developers to decide where to build houses or revitalize neighborhoods.

Confidentiality: Federal law forbids the Census Bureau from sharing private information with anyone. Answers to census questions can legally be used only to produce statistics/data used by others.

Employment: The Census Bureau will hire about 500,000 temporary workers nationally for full- and part-time jobs including census takers, office staff, specialists and more. Those interested may visit 2020census.gov/jobs for information and online application.