Catch ‘em while you can 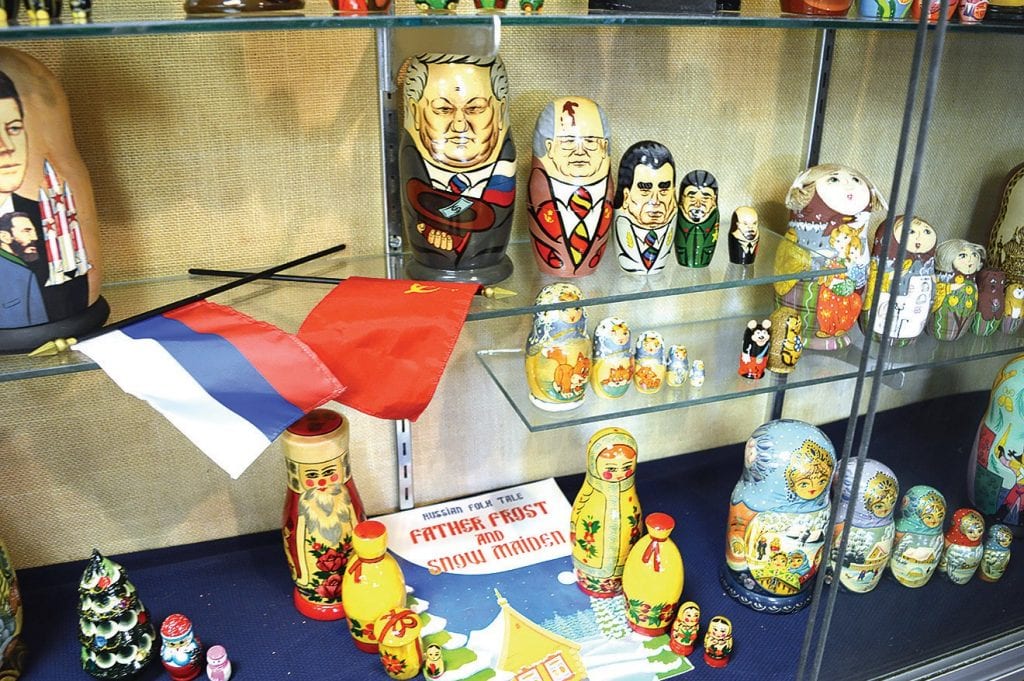 The Blount County Memorial Museum has five new displays currently on loan for a limited period.

A Native American exhibit features artifacts, photographs, educational media, and includes information about tribes that inhabited Alabama and Blount County. It was provided to the museum by Dulon Hogeland of Hayden.

Jerry Smith of Pell City loaned the museum a camera exhibit. The oldest camera on display, he says, is a 100-year-old box camera. The exhibit explains how the box camera works. As a reference for those of a certain age, the Kodak Brownie was a box camera. The exhibit also provides some history of photography, including the cost to develop film. Fifty or 60 years ago, it cost about $30 to have a roll of black and white film developed. Smith said he became interested in photography as a 9-year-old and kept at it for almost the next 70 years, not only as a hobby, but at times as a way to make a living. He said the purpose of the exhibit is to educate the generation of photographers who only know of digital cameras. “I want young people to know how film works, to let them know it once existed, how it was used, and what it was like to deal with.”

The fifth new display is part of a collection of matryoshka dolls owned by Oneonta’s Kati Murphree. Matryoshka is the name of the nesting dolls that originated in Russia in the 1890s. Usually made of wood, but sometimes plastic, they consist of a large doll that comes apart. Inside is a smaller doll, and then another, and so on, and so on. The number of dolls held within depends on the set. Murphree says it usually ranges between three to 10. She became interested in them as an 8-year-old when her grandmother gave her one as a gift, a gift that she picked out. She has been collecting them ever since and now has about 200. “It is so neat that someone can take a piece of wood, paint it very precisely, and then do smaller ones until you have a set.” She said they usually follow a theme or “tell a story.” The ones on display have themes such as the Cold War, Robin Hood, and Snow White and the Seven Dwarfs. Most sentimental to Murphree is the one based on the Beatles Yellow Submarine, given to her by her boyfriend at the time. The largest piece is a yellow submarine. Inside the submarine, she found Paul, Ringo, John, and George. Inside the last figurine she found an engagement ring. That boyfriend is now her husband.