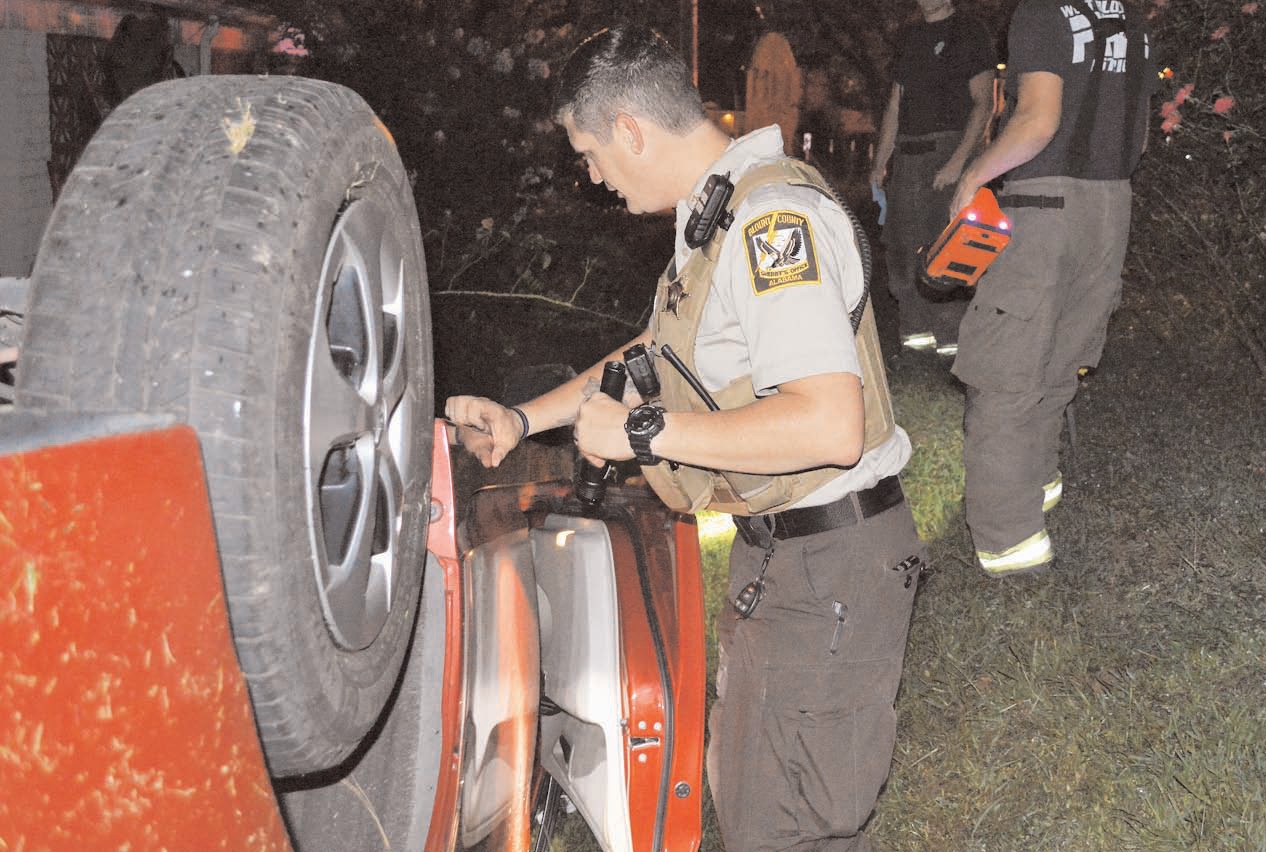 A 17-year-old Hayden youth escaped serious injury when his vehicle crashed into a house just after midnight Saturday. Matthew Lee was driving east on Ala 160 when he veered into the westbound lane, left the roadway, plowed through the yard of Todd and Tina Schannep, then clipped a large tree, causing the car to roll over at least one-and-a-half times before coming to rest upside down against the home of Mary Swauger. Swauger said she was asleep in her bedroom, which is on the side of her home struck by the car. She was awakened by what she said, “…sounded like a bomb.”

West Blount Fire Department responded, as did Blount County Sheriff’s Deputy Josh Southwell who said Lee appeared to have suffered only minor injuries. However, he was transported by ambulance to St. Vincent’s Blount for further examination. No other details about his injuries are available. Alabama State Troopers are investigating the accident, with assistance from the Blount County Sheriff’s Department.