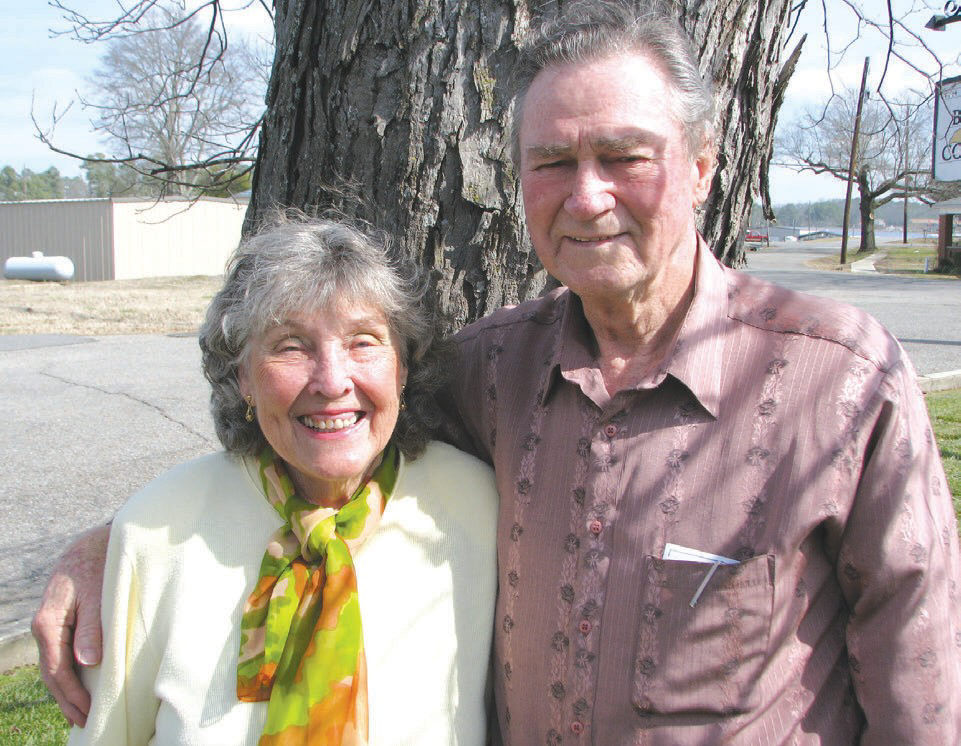 Ruben and Anne Woodley were just kids all those years ago when a chance encounter at work led to a lifetime romance.

Ruben was out of the Navy after World War II and working at Sears. Anne also worked at Sears setting up displays…it’s best to let Ruben’s contest entry tell the rest of the story:

“I peeped over the candy counter and said boo,
She raised up and said boo to you.
Now 62 years later, and 16 grandkids,
11 great-grands that will flip your lids.
I love her today more than ever before,
She’s my sweetie that I really adore.” 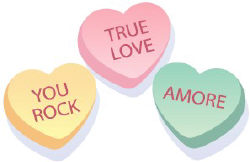 Ruben was one of the first readers to enter the contest. As a matter of fact, his entry was perhaps the first one received. Ruben said he saw the contest and sent off his entry the next day.


As the grand prize winners in the Sweetie Contest, Ruben and Anne won a free oil change from Jeff’s Quality Muffler in Oneonta along with $50 gift certificates to German’s Covered Bridge Grill at Cleveland and Sears in Oneonta. As a bonus, Anne received a bud vase from Floral Creations in Oneonta.

A total of 107 entries were received for the contest and a variety of prizes will be awarded. Other prizes include a Sweetheart Valentine’s Cake from Ricky J’s Bakery in Oneonta, meal for two from the Dawg House in Susan Moore, a tanning package from Sun City in Oneonta, and a mystery prize from Kay Rae’s in Oneonta.

As an added bonus, several lucky entrants will be drawn at random to receive free subscriptions of The Blount Countian.

Amanda Simpson of Hayden shared a story about her husband, Jonathan. It was not just sticky sweet but also laced with humor.

“Four months into my first pregnancy I woke up hungry for blueberry pancakes. My husband went to make my breakfast, serving it to me in bed. After we finished, he confessed that one plate had fallen on the floor but he had eaten the dirty pancakes! That is true love.”

Marguerite Chambers of Blountsville has been in love with Charles (Chuck) Chambers for 47 years now. Their first meeting inspired the following poem:

“In 1961 at the ‘Rainbow Rink,’
Cupid’s arrow into my heart did sink.
He wore cowboy boots and a cowboy hat,
Could skate like a dream, make your heart go ‘Pitter-Pat,’
He strummed a guitar, played ‘Wildwood Flowers,’
The years flew by, he made them seem like hours.”

Lou Evans of Oneonta has always cherished the softer side of her husband:

“I want to tell you about my best valentine gift ever. That gift is “my husband.” You see his birthday is Valentine’s Day, February 14th. I’ve always called him my big ole teddy bear, that God gave me when I was 16 years old. People in his life will testify that describes him to a tee!

He is the most outgoing, knowledgeable, caring person I have ever been associated with.

Finally, one entry made us all laugh:

“My sweetie is the best because even after meeting my mother he still married me.”

Name is withheld for obvious reasons.